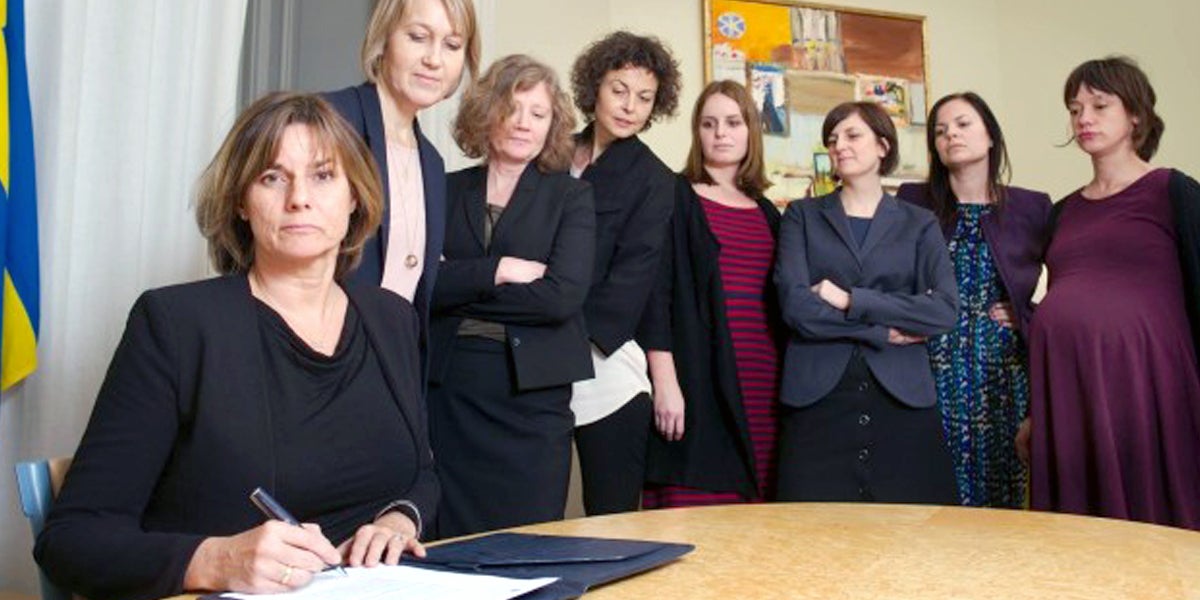 The Swedish government announced new
climate change legislation Thursday that requires the country to phase out greenhouse gas emissions by 2045, one of the most ambitious plans by any developed country.

Swedish Deputy Prime Minister Isabella Lovin posted a
photograph on Twitter of her signing the bill surrounded by an all-female staff. Many people are comparing this photo to the viral photo of Donald Trump when he signed an executive order restricting access to abortion while surround by men.

“You can interpret it as you want,” Lovin’s spokesperson told BuzzFeed News. “It’s more that Sweden is a feminist government and this is a very important law that we just decided on … And to make the Paris agreement happen we need climate leadership.”

The legislation will “bind all future governments to net zero emissions by 2045,” Lovin said, and require Swedish governments to provide updates on climate change efforts and whether the country is on track to meet its target.

The new Swedish law was developed after agreement from seven out of the eight political parties in parliament. It takes effect on Jan. 1, 2018.

According to the
AP, Lovin said, Sweden wanted to set an example at a time when “climate skeptics (are) really gaining power in the world again.” She criticized climate skeptics within the new Trump Administration and said, “the position we hear from the new administration is worrying,” and warned that all countries need to “step up and fulfill the Paris agreement.”

Lovin’s concern is clearly warranted as news this week continued to show Trump’s war on the environment.

And, on Tuesday, U.S. Rep. Matt Gaetz (R-FL) drafted a bill to
abolish the EPA and is seeking support from his colleagues for the measure.