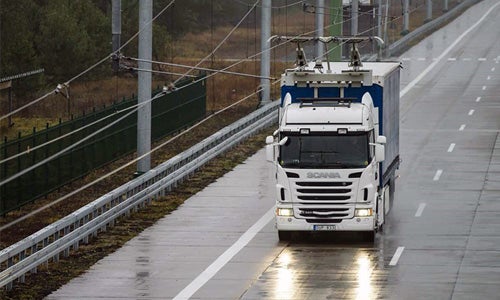 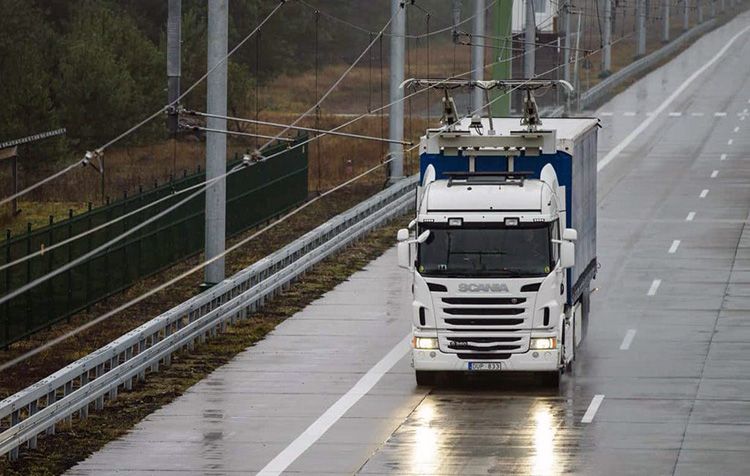 Electric-powered trucks are expected to cut 80 to 90 percent of fossil fuel emissions in Sweden.

A 22 kilometer (or roughly 13 miles) stretch of the E16 road—which connects Oslo, Norway, to Gävle, Sweden—is fitted with power lines overhead, developed by Siemens, providing electricity to hybrid trucks. The system works like a tram system. A current collector on the trucks will transfer energy from the power lines to the trucks’ hybrid electric motors, Sputnik News reported. The electric lines help trucks operate longer between recharges.

“Electric roads will bring us one step closer to fossil fuel-free transports, and has the potential to achieve zero carbon dioxide emissions,” Lena Erixon, director general of transport authority Trafikverket, said. “This is one way of developing environmentally smart transports in the existing road network. It could be a good supplement to todays road and rail network.”

When the trucks, provided by Scania, are not on the electric stretch of road, they will operate as hybrid vehicles running on biofuel. Electric-powered trucks are expected to cut 80 to 90 percent of fossil fuel emissions. The opening of this stretch of road is another step toward Sweden’s goal of operating a fossil fuel-free fleet by 2030, Inhabitat reported.

“Electric roads are one more piece of the puzzle in the transport system of the future, especially for making the heavy transport section fossil fuel-free over the long term,” Erik Brandsma, director general of the Swedish Energy Agency, said. “This project also shows the importance of all the actors in the field cooperating.”

Siemens is planning to create another demonstration route, according to Sputnik News. The new stretch will be completed on public roads near Los Angeles and Long Beach, California. Siemens is working with Volvo Trucks on that project.