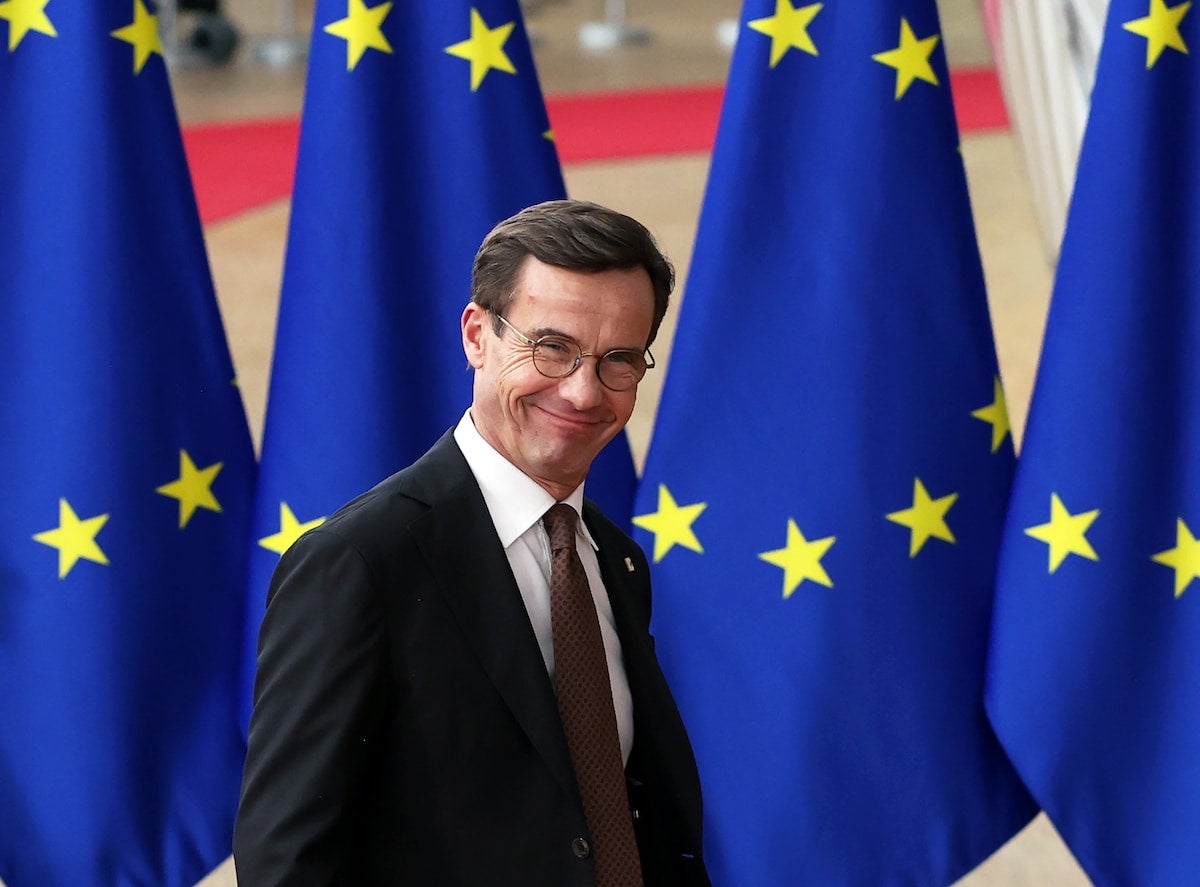 Sweden has been considered a leader on climate issues, but that status is at risk with a new, right-wing government.

On Tuesday, the day he took office, the country’s Prime Minister Ulf Kristersson moved to jettison the Ministry of Environment. The country will still have a Minister of Climate and Environment but she will work under the Minister for Energy, Business and Industry.

“It is impossible to describe more clearly how little this government values ​​the environment and the climate,” Swedish Greens leader Per Bolund said, as Euronews reported. “This is a historic decision with devastating consequences for environmental issues.”

Sweden has a reputation as a relatively green country. It was one of the first in the world to establish an Environmental Protection Agency in 1967, though it did not have a stand-alone environment ministry until 20 years later. It was also the first country to tax carbon and gets more than half of its energy from renewable sources, Green Matters pointed out. Further, it was ranked only after Denmark by the Climate Change Performance Index (CCPI).

But none of that means it can afford to backslide. The CCPI noted that even its top-ranked countries do not have plans in line with limiting global warming to 1.5 degrees Celsius above pre-industrial levels, which is why it left the top three spots on its index blank.

“Even if all countries were as committed as the current frontrunners, it would still not be enough to prevent dangerous climate change,” the group said.

However, Sweden may now cease to be a frontrunner. In September’s elections, a coalition of right-wing parties won a narrow majority of 176 out of 349 seats in the country’s parliament, as The New York Times reported at the time. The victory was made possible by surging support for the far-right Sweden Democrats, who have tried to distance themselves in recent years from their Nazi roots. The party is anti-immigrant and opposes Sweden’s goal of achieving carbon neutrality by 2045, according to Bloomberg.

Kristersson, who leads the Moderates, said on October 14 he would form a three-party minority government with the support of the Sweden Democrats, as Reuters reported at the time. Then, on Tuesday, he announced his new cabinet with 26-year-old Liberal Member of Parliament Romina Pourmokhtari as Minister of Climate and Environment under Christian Democrat leader Ebba Busch as Minister for Energy, Business and Industry, as Euronews reported.

“It is regrettable, but I’m not surprised, as the government’s plans indicate a dismantling of environmental policy,” Uppsala University researcher Mikael Karlsson told newspaper Dagens Nyheter, as Bloomberg News reported. “Their subsidies of high consumption of electricity and fossil fuels are at odds with the foundations of environmental policy that has been in place for the last 50 years.”

The new government has promised to follow through with Sweden’s national and international climate commitments, according to Euronews. It is planning to do so partly by bolstering nuclear power both by making it harder to retire old plants and by funding new ones. It also promised to expand the charging network for electric vehicles.

However, other plans would see it reduce the amount of biofuels that need to be mixed in with gas in order to lower gas prices, Bloomberg reported. This could make it harder to meet a goal of cutting transportation emissions by 70 percent by 2030.

Sweden is the latest example of how the rise of populist right-wing parties has proved detrimental to climate action. An April study found that the influence of these types of parties could reduce a nation’s climate policy score by nearly 25 percent.