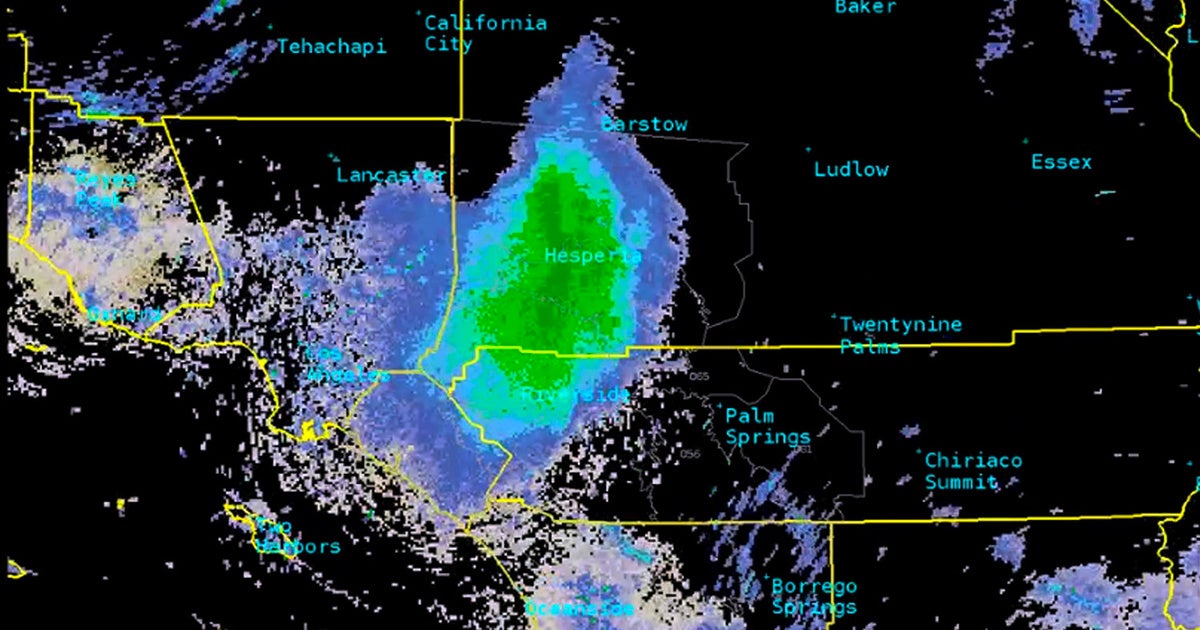 The National Weather Service (NWS) picked up an unusual formation on its San Diego radar Tuesday evening: a swarm of ladybugs.

“It was very strange because it was a relatively clear day and we weren’t really expecting any rain or thunderstorms,” NWS San Diego meteorologist Casey Oswant told NPR. “But on our radar, we were seeing something that indicated there was something out there.”

Oswant said they called a spotter near the shape’s location in Wrightwood, California, who told them it was made up of ladybugs.

The large echo showing up on SoCal radar this evening is not precipitation, but actually a cloud of lady bugs termed a "bloom" #CAwx pic.twitter.com/1C0rt0in6z

But the bugs weren’t as visible from the ground as they were from the radar.

“I don’t think they’re dense like a cloud,” NWS San Diego meteorologist Joe Dandrea told The Los Angeles Times. “The observer there said you could see little specks flying by.”

Dandrea said that the insects were spread throughout the sky, flying between 5,000 to 9,000 feet.

Cornell University entomologist John Losey told NPR that the ladybugs in the swarm were likely Hippodamia convergens, or the convergent lady beetle. This is a migratory species that cycles between California’s valleys and mountains. They are usually prompted to move based on changes in temperature, food resources and the length of the day. However, Losey said it was unusual for them to travel en masse. He wondered if some change triggered by the climate crisis or the state’s recent wildfires might have prompted them all to move at once.

“The best news probably would be that there’s just a lot of agriculture in California, and maybe conditions are good and so populations are high,” Losey told NPR. “The less good news would be that something is happening, that something is effecting their phenology in a way that could put them out of sync with where they need to be safe and where they need to find prey.”

University of California, Riverside etymologist Ring Cardé also said that the swarm was unusual, because of its timing.

“It’s a little bit later than I would have expected them to depart,” Cardé told Reuters.

According to Cardé, California’s ladybugs hibernate in the mountains under snow cover, then travel on the wind to the valleys in the spring. Since this past winter was so wet, Cardé speculated that more ladybugs had survived to join the swarm.