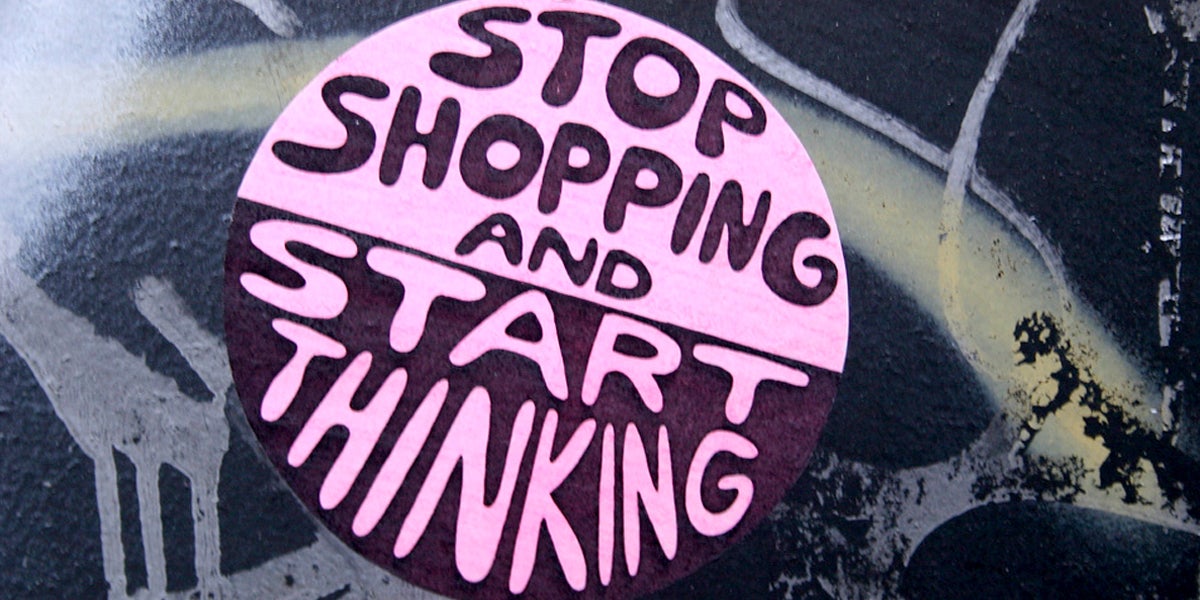 How much stuff will you give and receive this holiday season? Add it to the growing pile—the 30-trillion-ton pile. That’s how much technology and goods humans have produced, according to a study by an international team led by England’s University of Leicester. It adds up to more than all living matter on the planet, estimated at around four trillion tons.

Scientists have dubbed these times the “Anthropocene,” because humans are now the dominant factor influencing Earth’s natural systems, from climate to the carbon and hydrologic cycles. Now they’re labeling our accumulated goods and technologies—including houses, factories, cars, roads, smartphones, computers and landfills—the “technosphere” because it’s as large and significant as the biosphere, atmosphere and hydrosphere. Researchers estimate it represents 50 kilograms for every square meter of Earth’s surface and is 100,000 times greater than the human biomass it supports.

As CBC science commentator Bob McDonald wrote, “Our technology is a super-organism that competes with the biosphere for resources and is winning that competition by taking over the surface of the planet.”

Report co-author Mark Williams explained the significance: “The technosphere can be said to have budded off the biosphere and arguably is now at least partly parasitic on it. At its current scale the technosphere is a major new phenomenon of this planet—and one that is evolving extraordinarily rapidly. Compared with the biosphere, though, it is remarkably poor at recycling its own materials, as our burgeoning landfill sites show. This might be a barrier to its further success—or halt it altogether.”

Living systems renew and recycle. Organisms die, get eaten or absorbed by other organisms, and other life takes their place. But much of what we produce takes enormous amounts of natural, mostly finite resources to make and breaks down slowly, if at all. It covers the land and fills oceans, and even extends into space. As the human population continues to grow and consumerism shows no signs of abating, the technosphere expands, causing pollution, contamination and resource depletion, further upsetting the delicate natural balance that keeps our planet habitable for humans and other life forms.

Many things we’ve invented have made our lives easier in some ways. But much is unnecessary and, we’ve learned, a lot comes with consequences we didn’t foresee—such as climate-altering greenhouse gas emissions from our obsession with private automobiles and cheap energy.

Why Fixing Your Phone Is One of the Most Empowering Things You Can Do https://t.co/Q4u7I8sBso @Greenpeace @HuffPostGreen

If this pace continues, we’ll leave a fascinating fossil record for any intelligent species that comes across our planet in the future. But that may be all. If we want to survive as a species, we must get a handle on population growth and consumerism. It’s something to consider this time of year, when so much time and energy are spent on acquiring new stuff, for ourselves and others.

Although population growth is starting to stabilize, curtailing growth requires greater access to effective, voluntary family planning and birth control, increased women’s rights including the right to make decisions about their bodies and reproduction, and reducing poverty.

We can all do our part to reduce consumption. We might find we’re happier when we do. At the end of his life, my father didn’t talk about accomplishments or possessions or wealth. He talked about connections to friends and family and shared experiences. Although he didn’t have a lot of material possessions, he felt wealthy and happy.

That’s what life is about. A new car or smartphone won’t make you happier in the long run. Nor will it fill gaps caused by loneliness or lack of connection to others. That doesn’t mean we should live without material goods, but we should consider what we really need, and make sure we recycle items we can no longer use. Reduce, re-use and recycle! And reconsider what really makes us happy.

More important, during the holiday season, we should nurture our connections to friends and family, and give gifts that won’t add to the technosphere. We can share time, experiences and food. Those who find themselves alone might consider volunteering to help others during what can be a difficult time.

May you all have a joyous season, focused on the important things in life. And may the New Year bring humanity a greater understanding of what truly makes life worthwhile.