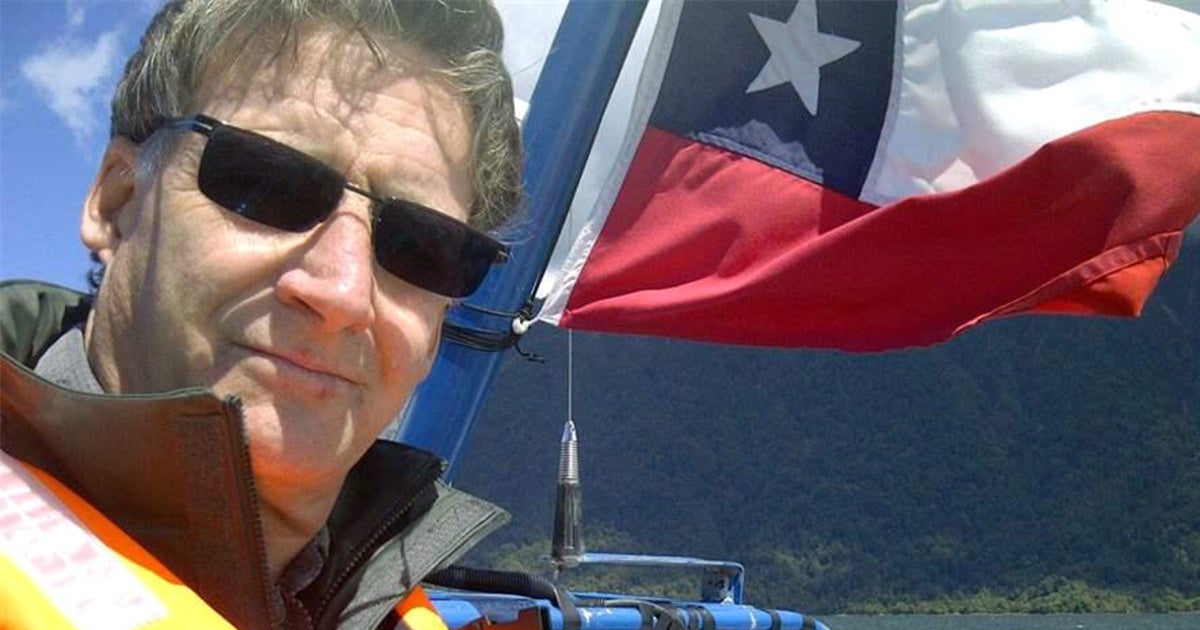 Logan Kock knows what it’s like to depend on the ocean for sustenance. A few years after graduate school, he set off on a voyage from Japan to San Francisco in a 30-foot sailboat with almost nothing but the wind and water to sustain him.

“During that whole sailing thing, you are a subsistence fisherman,” Kock said of his two-year journey, which also took him to numerous South Pacific islands. “You aren’t near any stores. You don’t have any money. So you fish all of the time.”

Today, in his role as chief sustainability officer for Santa Monica Seafood Co., he works with people and communities around the globe whose livelihoods depend on the sea. These personal and professional experiences have led to his commitment to sustainable fishing practices, including the use of deep-set buoy gear to catch swordfish. Research shows this gear allows fishermen to more accurately target swordfish while minimizing harm to whales, dolphins and other sensitive species.

This deep appreciation of fish and fishing dates back to his childhood. “My grandmother gave me a fish tank with guppies when I was a boy,” Kock said. “They were pregnant and had babies. And I was hooked.” His grandmother also made sure he learned to sail during his Connecticut childhood, sealing his fascination with the ocean. 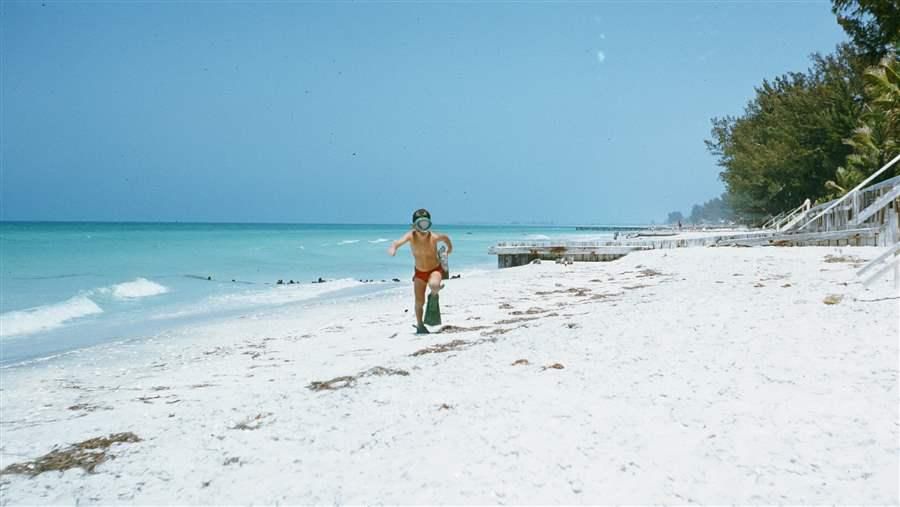 A young Logan Kock runs along the beach in Boca Grande, Florida, in 1956. His grandmother instilled a love of fish and oceans in him when he was a child.Logan Kock

Kock’s passion for sea life quickly became more than a recreational interest. His first job was as a conch diver when he was 15. Later, he and a couple of college friends supported a yearlong Caribbean sailing trip by catching fish and selling them from port to port.

He earned a bachelor’s degree in biology from New England College and his master’s degree, also in biology, from the University of Guam. He then worked for the Guam Department of Aquatic and Wildlife Resources, doing everything from seagrass research to counts of coral reef fish before setting off on his transoceanic sailing adventure in 1982.

Since returning to the U.S. mainland, Kock has learned every aspect of the seafood business. His career included owning restaurants and overseeing seafood standards at a Fortune 500 company before he joined Santa Monica Seafood in 2001. 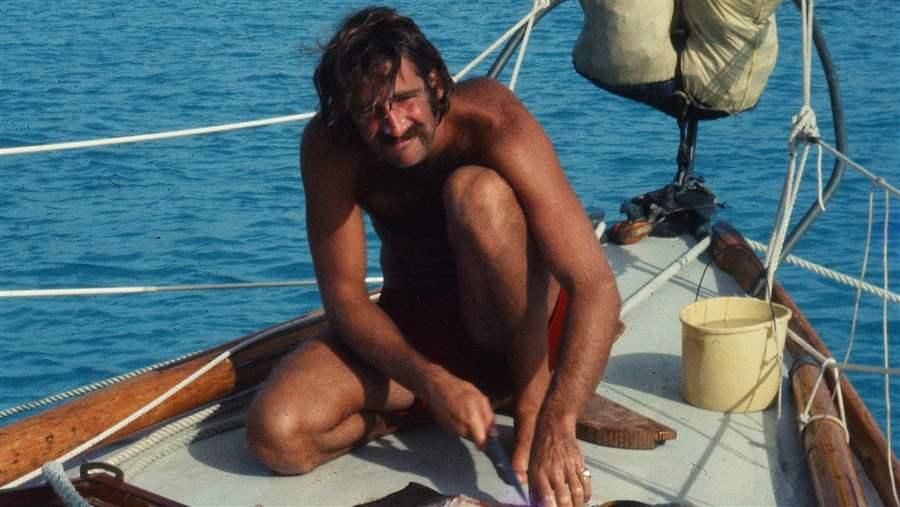 Kock on deck during his yearlong Caribbean sailing trip with college friends, during which they supported themselves by catching and selling fish.Logan Kock

Today, Kock said deep-set buoy gear is the most environmentally sustainable way of catching swordfish. The gear uses a hook-and-buoy system that enables fishermen to drop their hooks as deep as 1,200 feet, and, when a bite-indicator buoy is activated, respond within minutes to bring the fish to the boat or release it alive if it is not a swordfish or other marketable species. This gear has been tested extensively over the past six years by scientists and cooperating fishermen, with minimal bycatch of nontarget species.

“In my mind, it’s clearly a situation where the purchase of a deep-set buoy gear-caught swordfish opens up a new approach to fishing,” he said. “It does it in an ecologically sound way. And it’s more personal. I can have a one-on-one relationship with a deep-set buoy gear boat captain.”

Such familiarity is key, Kock said, because “it’s important to connect customers to individual fishermen. It’s an ethical thing: Utilize whatever you take from the sea in a way that pays reverence to the animal, the individual who caught it, and the community around him.”

Buoy-caught swordfish also stand apart from other swordfish because of their superior quality. “When you think about it, you are catching one fish at a time and you can pay attention and provide individual care to each fish,” Kock said. “You aren’t dealing with a whole netful. Also, it’s the depth that the swordfish is pulled from and the fact that it’s alive when it reaches the boat.”

That pays off in higher-quality swordfish that demand top prices. “We’re providing our customers something pretty amazing,” Kock said. “People are willing to pay a premium, and so it’s a viable business.”