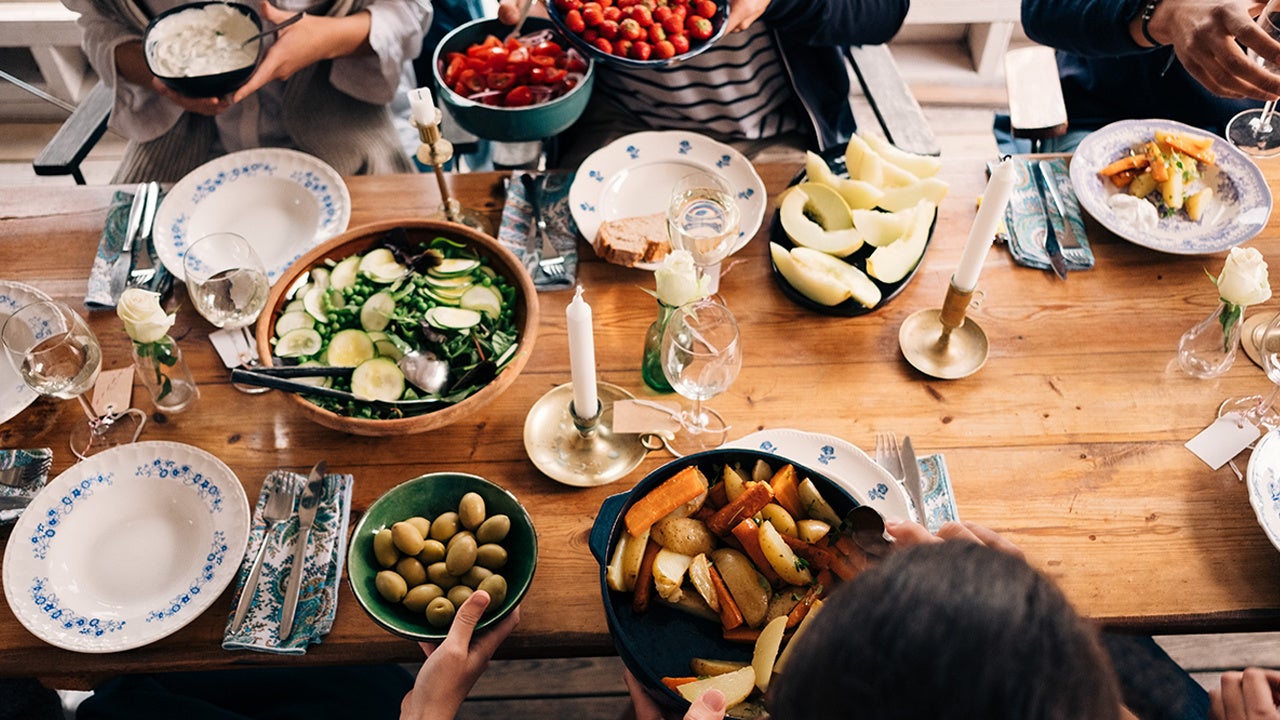 Back in February 2015, a committee of leading health and nutrition experts published a scientific report intended to inform the development of the 2015-2020 Dietary Guidelines for Americans (Dietary Guidelines), the national nutrition recommendations that guide the food choices of millions of kids, adults, seniors, and veterans every day. For the first time, the report contained a significant and rigorous review of research on sustainable eating, including the ways that our food choices can impact our climate, natural resources, and ability to produce food in the future.

But within months, sustainable diets were a nonstarter — at least as far as federal nutrition policy was concerned.

By October that year, the Obama administration’s secretaries of agriculture and health and human services announced their decision to reject sustainable diets on principle. In doing so, they sided with meat industry groups who claimed it was outside the scope of the Dietary Guidelines, and who had lobbied Congress to help make sure it didn’t happen.

Fast forward to today, as a new committee prepares the scientific report underpinning the 2020-2025 Dietary Guidelines—under an administration that has been decidedly less interested in science-based policymaking and protecting public health and the environment. It might seem all but impossible that sustainability should make a triumphant return now. Indeed, the 2020 committee wasn’t asked to review current literature on the topic in the first place.

But a lot can change in five years.

From Congress to Corporate America, Climate Change is Catching Up

These last five years, in particular, were the hottest ever recorded, producing some of the worst wildfires in history in places like California and Australia. Family farm bankruptcies hit an eight-year high as farmers across the U.S. faced extreme weather events, rising debt, and the fallout from a trade war. And new Congressional resolutions, corporate alliances, and youth-led movements helped catapult issues like conservation and climate change to the center of national conversation.

Meanwhile, the evidence connecting dietary patterns, sustainability, and food insecurity has become a lot harder to ignore. Between July 2015 and September 2019, nearly 100 new scholarly articles were published on this topic, including 22 focused specifically on U.S. diets. That’s more than four times the number of articles published on the same topic between 2000 and 2015 — in about a quarter of the time.

How do I know?

These are the findings of a new peer-reviewed paper I authored with colleagues at the Union of Concerned Scientists (UCS) and the Tufts University Friedman School of Nutrition Science and Policy which updated the systematic review of evidence on sustainable diets, replicating the methodology used by the scientific committee and USDA. In other words, it’s the systematic review that could (and should) have been the charge of the 2020 committee.

In addition to revealing a rapidly expanding body of research, our results pointed to several key conclusions: New US research continues to support prior findings that diets higher in plant-based foods and lower in animal-based foods can provide greater benefits for human health and the environment, and that such diets can be achieved without excluding any food groups. However, recent U.S. research challenges prior findings that diets aligning with national dietary guidelines are consistently more sustainable than what we’re already eating. Our results show that the healthy diet recommended by the Dietary Guidelines may actually result in similar or increased heat-trapping emissions, energy use, and water use compared with the current average U.S. diet.

What that means is this: if the Dietary Guidelines continue to sideline sustainability research, the diet the U.S. government recommends today could put a healthy diet further out of reach tomorrow.

What’s more, by sidelining conversations about sustainability, this committee of experts will miss out on a critical opportunity to identify research gaps that can help inform directions for future studies. Though we now know much more about the environmental impacts of our eating patterns, we still have a lot to learn about the social and economic dimensions of sustainable diets. For example, what are the costs associated with more environmentally sustainable diets? What would dietary shifts mean for farmers, food producers, and families — particularly those who face food insecurity and the consequences of climate change firsthand?

What Do We Have to Lose?

Although the 2020 committee wasn’t charged with reviewing current research on dietary patterns and sustainability, it has an obligation to review current scientific and medical knowledge, as well as public comments, to ensure its findings address the most pressing diet-related threats to public health. What’s more, the committee has an opportunity to include additional recommendations in a discussion section within its scientific report, due to federal agencies in May 2020.

A lot can change in five years. We’re not waiting until 2025 to find out what’s at risk if we don’t start supporting sustainable food policies.

If you’re an advocate, scientist, or other member of the general public, you can submit a public comment to the scientific committee through the UCS website until May 2020. (Check out our comment guide for tips and talking points.)

If your organization or institution can lend its support to sustainable dietary guidance, join more than 50 organizations and leading public health experts nationwide in signing our letter to the U.S. Department of Agriculture and the Department of Health and Human Services asking them to include sustainability research in the 2020-2025 Dietary Guidelines.

For more information, take a look at our policy brief, In Support of Sustainable Eating, and see the public comment I delivered to the Committee at a recent public meeting in Houston, below.

My name is Sarah Reinhardt. I am a public health dietitian and the Lead Analyst of Food Systems and Health at the Union of Concerned Scientists in Washington, DC.

I want to thank the members of the Committee for lending your time and expertise to this process. Thank you to the staff at the USDA and HHS for the hard work that you do to make this process transparent and accessible to the public.

The stated goal of the Dietary Guidelines for Americans is “to make recommendations about the components of a healthy and nutritionally adequate diet to help promote health and prevent chronic disease for current and future generations.” I’m here today to ask the Committee to fulfill its obligation to protect the health of future generations by evaluating the scientific basis for sustainable diets and incorporating its findings into the scientific report.

The 2015 Dietary Guidelines Advisory Committee, in its rigorous review of the evidence on the relationship between dietary patterns, sustainability, and food security, found that “a diet higher in plant-based foods, such as vegetables, fruits, whole grains, legumes, nuts, and seeds, and lower in calories and animal-based foods is more health promoting and is associated with less environmental impact than is the current U.S. diet.” Though dismissed amid political controversy, these findings remain relevant and provide a foundation from which the current committee may draw conclusions.

However, the last five years have also seen rapid growth in research on healthy and sustainable diets. Because the present Committee was precluded from updating the systematic review on this topic, my colleagues at the Union of Concerned Scientists and the Friedman School of Nutrition Science and Policy undertook this task. Closely replicating the methodology described in the Scientific Report of the 2015 Dietary Guidelines Advisory Committee, we evaluated the body of scientific literature on dietary patterns, food sustainability, and food security to identify relevant studies published between July 2015 and September 2019. Our results, now under scientific peer review, include twenty-two relevant studies on U.S. dietary patterns alone.

Our results broadly support the key findings of the 2015 Committee, but also point to another important conclusion: Of eight studies explicitly comparing the current average U.S. diet to the Healthy U.S.-style diet recommended by the Dietary Guidelines, a majority found that the Healthy U.S.-style diet is not inherently more sustainable. What that means is this: If the federal government publishes and promotes Dietary Guidelines that disregard sustainability research, the diet it recommends today will put a healthy diet further out of reach tomorrow.

In its forthcoming report, I urge the Committee to review and report findings based on the current body of scientific research on sustainable diets, including the systematic review by the 2015 Committee and the recent update we have completed, which will be submitted to the public record for the committee’s consideration.