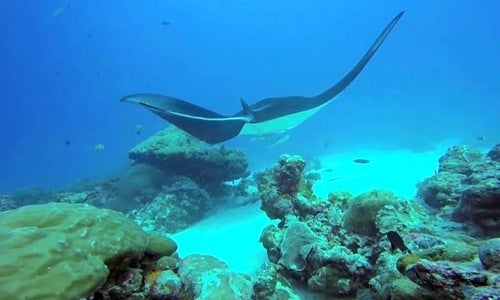 In the beginning of 2015, David Prieto went off to Palau to study manta rays as part of his study of sustainability management at Columbia University. By the end of that year, the small island state in the western Pacific Ocean had used Prieto’s work to pass a new law that protected manta rays from the growing traffic of boats that promise tourists a close-up experience with the majestic fish. 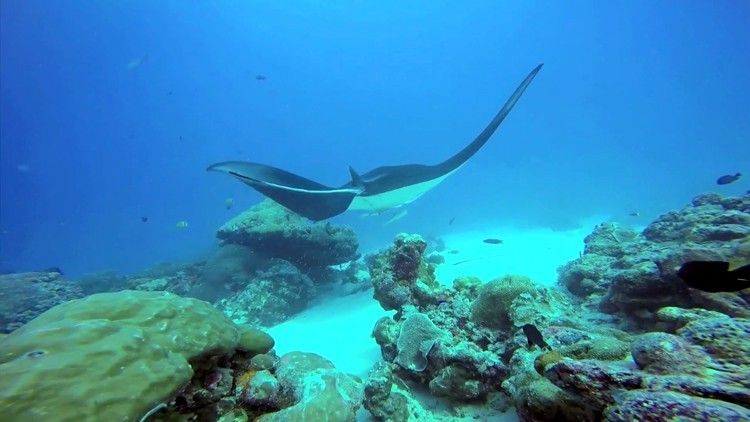 David Prieto, a former student at The Earth Institute’s Master of Science in Sustainability Management, helped establish the Manta Ray Conservation Act of the Republic of Palau, which helped create the sixth largest marine sanctuary in the world.

The Manta Ray Conservation Act of the Republic of Palau helped to create the sixth largest marine sanctuary in the world. The area spans the German Channel, a key maritime route, and the only direct passage from the tourist center in Koror to the most popular manta ray watching sites in the country. With tourism growing more than threefold since 2000, boats have increasingly injured manta rays in the German Channel. Manta ray watching tourism contributes more than U.S. $6.8 million annually to the economy, or about 2.5 percent of GDP.

Prieto worked with The Manta Trust, a nongovernmental organization, to develop sustainable tourism management practices. The study involved understanding the effects of boats on manta rays, accounting for the perceptions of tourist boat operators and divers, and forging a management plan that could safeguard the fish, while also preserving the livelihoods of the operators.

Survey results showed that the year 2015 was a poor one for manta ray watching. Divers reported that the number of boat operators in the German Channel had increased by 90 percent since 2010. This growth in traffic, the divers said, was bad for the manta rays and for tourism.

Prieto and his colleagues proposed measures that became part of Palau’s new law. Under the Conservation Act, boats are prohibited from entering parts of the German Channel, and there are penalties for violators. The law also provides for ranger, who will enforce the law, training of operators, and a public awareness program for divers and snorkelers.

The work in Palau helped Prieto complete a Master’s degree in Sustainability Management, a joint program of Columbia’s Earth Institute and the School of Professional Studies.

The new law, Prieto said, “was just a piece of the larger puzzle towards conserving the vast resources that our oceans have to offer, but this achievement could not have been accomplished without the support of The Earth Institute.”