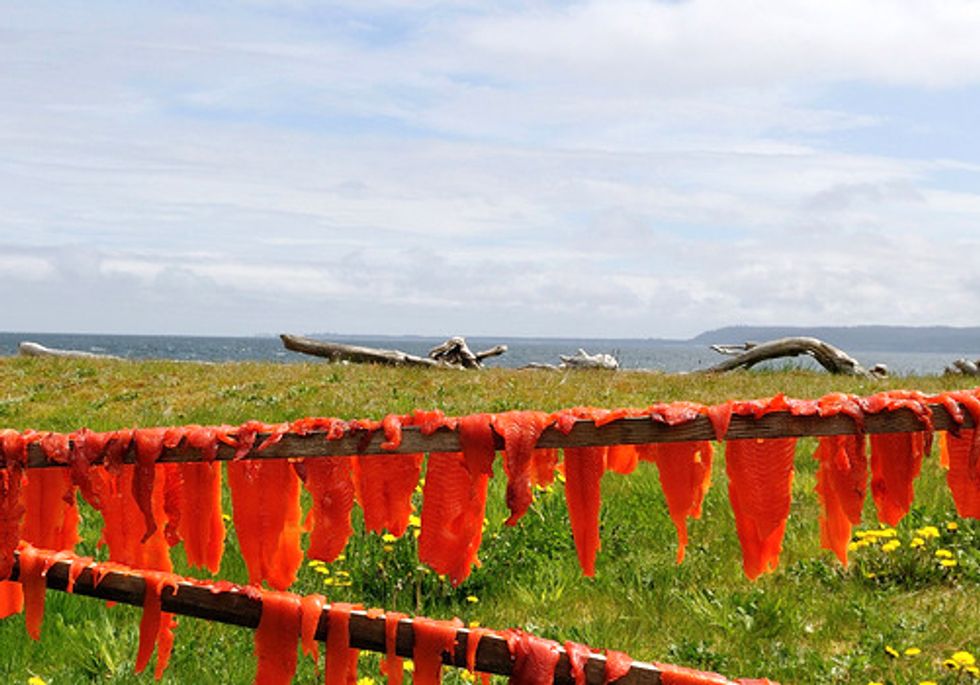 Formerly called the Queen Charlotte Islands, Haida Gwaii is an archipelago off the North Coast of British Columbia, consisting of approximately 150 islands. Its inhabitants, the Haida, are noted seafarers and a linguistically-distinct group. They're so distinct, in fact, that Naanii Mary Swanson—whose story frames the ruminative SURVIVAL PRAYER—is one of the language's few remaining speakers. At the time of European contact, the Haida had a stable existence and a vibrant culture. But like so many traditional groups, theirs is at risk due to encroaching commercialization. SURVIVAL PRAYER explores the power of food and nature to sustain a people. Rich with spectacular scenery of the North Pacific coastline and detailed descriptions of wild food gathering and preservation, this is a dreamlike film in which elders tell ancient tales describing how nature is tied to the nurturing of body and soul. Michael Beharie's evocative musical score conveys a serenity and sense of loss that are undercurrents of Haida life.