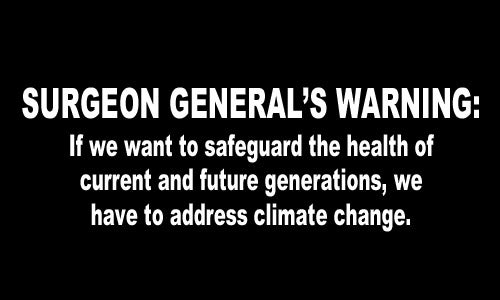 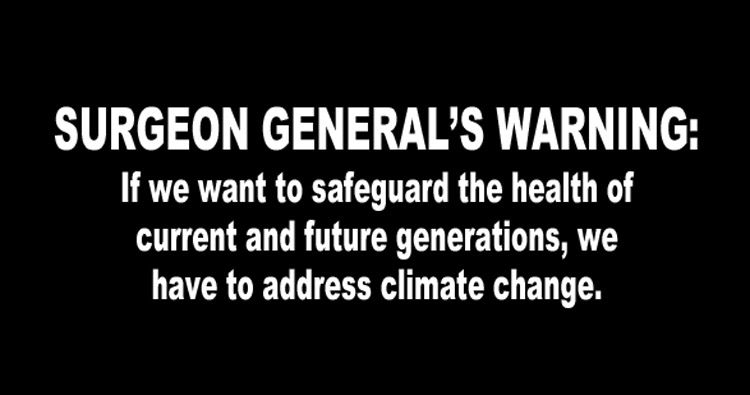 The report, The Impacts of Climate Change on Human Health in the United States: A Scientific Assessment, finds that rising temperatures in the coming years will bring along with them the increased risk of:

“Every American is vulnerable to the health impacts associated with climate change,” White House Science Adviser John Holdren said Monday. “Some are more vulnerable than others.” 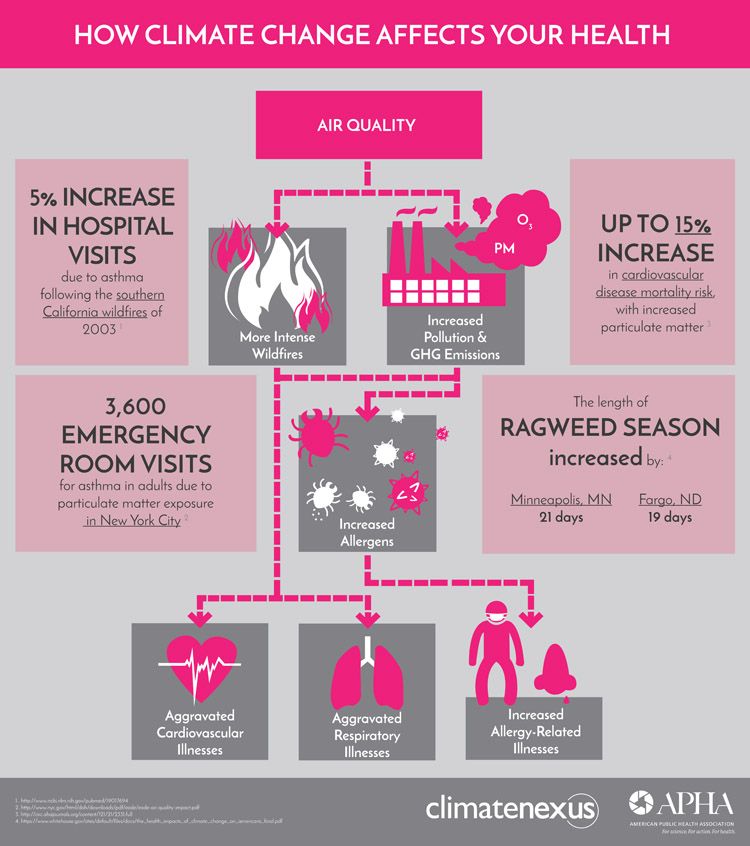 In particular, the report finds, those facing the highest risk are pregnant women, children, communities of color, the elderly, people who work outdoors, those with disabilities or preexisting medical conditions, immigrants and low-income people.

“I don’t think we have seen something like this before where we have a force that has such a multitude of impacts,” said Surgeon General Vivek Murthy, comparing the effects to the polio epidemic. However, he said, polio was cured through a vaccine—which does not exist for climate change.

“There is not one single source we can target,” he said. “As far as history is concerned this is a new kind of threat that we are facing.”

The report was produced by eight government agencies, including the U.S. Environmental Protection Agency (EPA), the U.S. Department of Health and Human Services and the National Oceanic and Atmospheric Administration (NOAA). It comes just ahead of the April 22 meeting between world leaders in New York, where they are expected to formally sign the landmark climate agreement finalized in Paris in December. 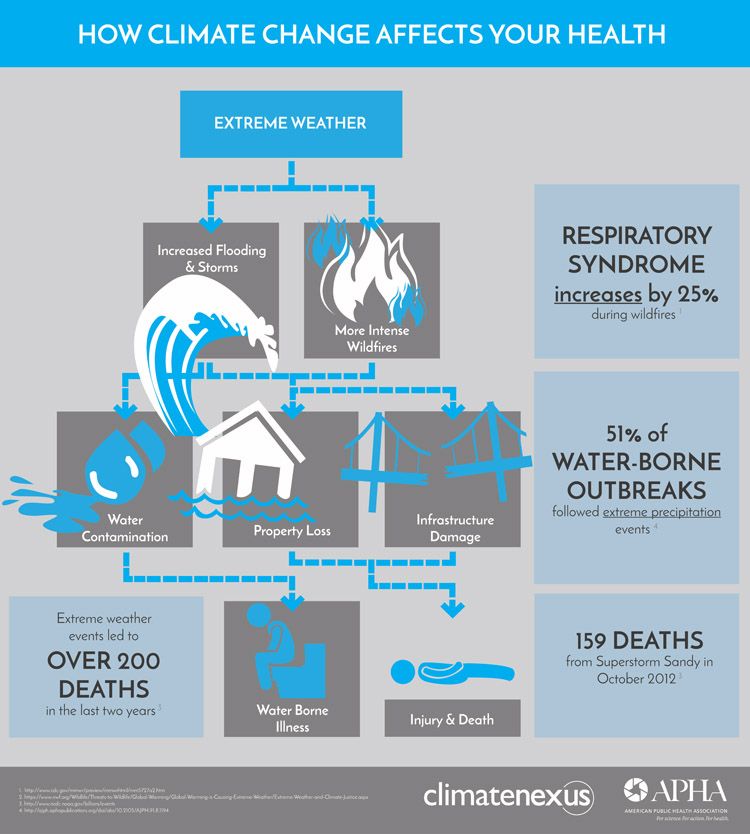 EPA director Gina McCarthy said the report aimed to show that climate change is “not just about glaciers and polar bears—it’s about the health of families and our kids.”

“Climate change endangers our health by affecting our food and water sources, the air we breathe and the weather we experience,” McCarthy said. “It will exacerbate certain health effects that already exist and create new ones.”

The report also predicts that extreme heat could cause 11,000 more premature deaths a year by 2030 than previously predicted.

Bottom line, said Murthy, “If we want to safeguard the health of current and future generations, we have to address climate change.” 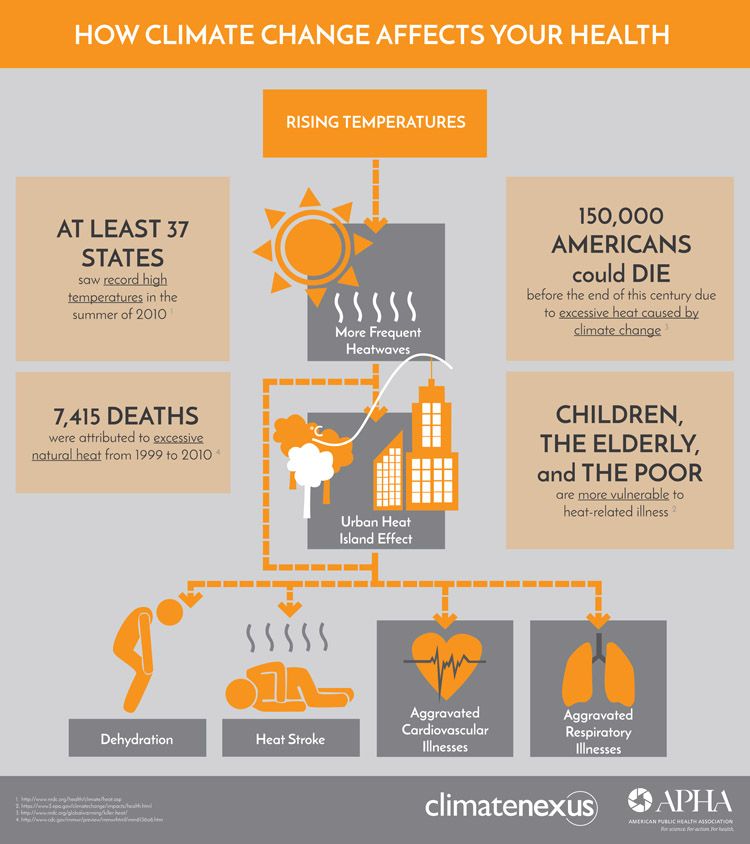 Avoiding all the risks outlined in the report will be impossible, said Holdren, as “climate change is already underway and no matter what we do it cannot be stopped overnight. But there is a huge difference between the magnitude if we fail to act … and if we take the actions set out in the Climate Action Plan and the Paris climate agreement.”

Climate change “is a pervasive problem with many dimensions of impacts,” Holdren said, “which together I think make it the most serious threat we face.” 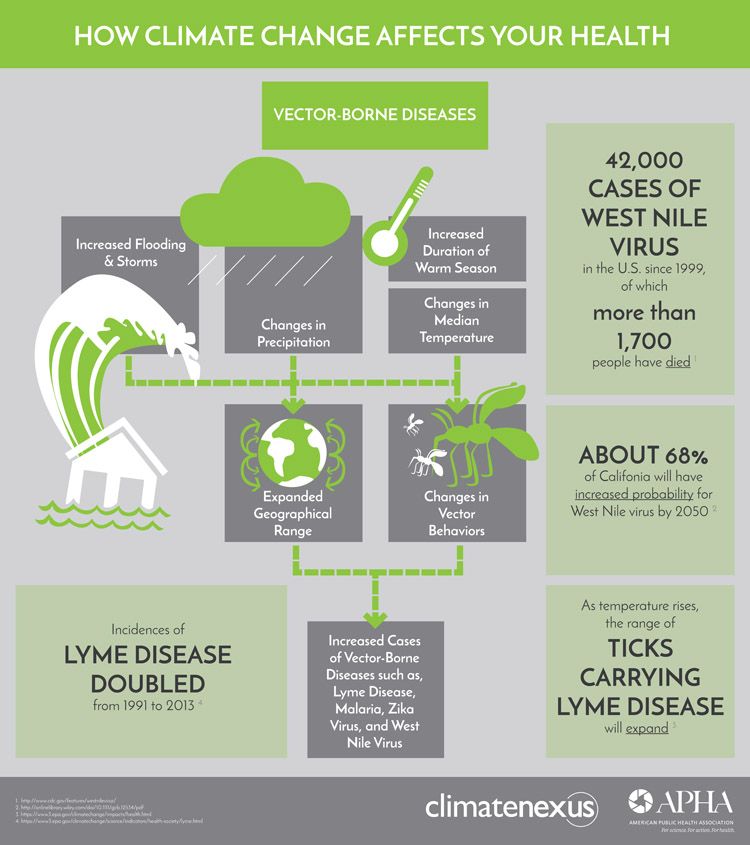