Trump’s Other Wall Plan Is Also Terrible for the Environment 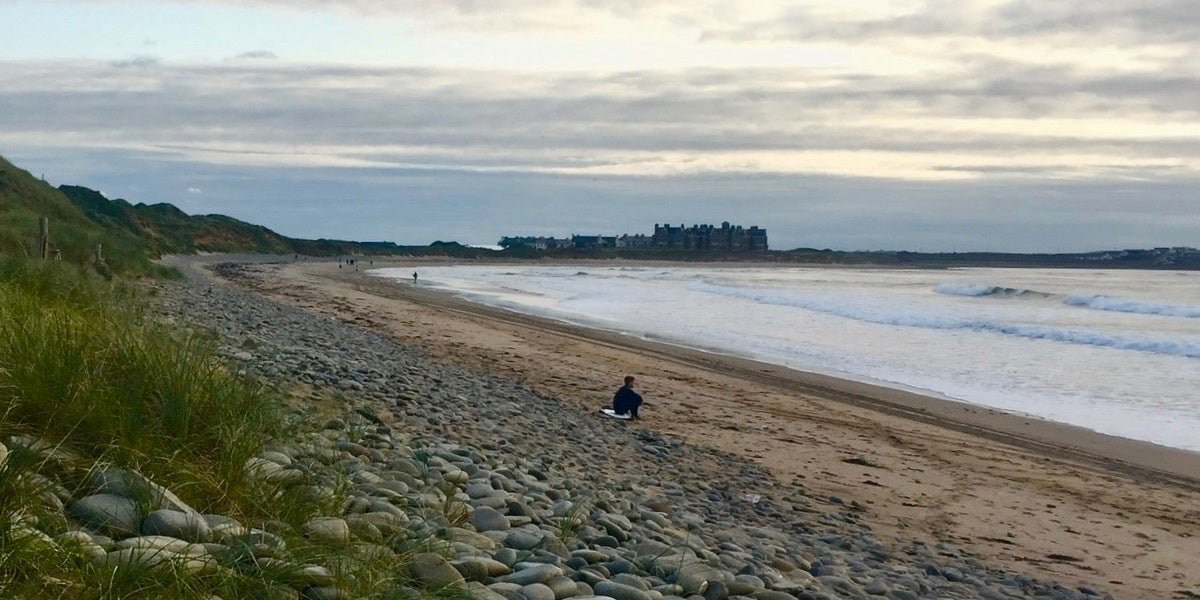 Before fixating on the U.S.-Mexico border, Donald Trump has sought for years to build a wall to protect his luxury golf resort in the west of Ireland.

In December 2017, the Trump International Golf Links in Doonbeg received approval from Clare County Council to build two 2,067-feet and 853-feet seawalls in length on a public beach for “coastal erosion management works.” The walls are meant to protect the property from “global warming and its effects,” according to its 2016 permit application.

Not only is that ironic for the Cimate-Denier-in-Chief, the project has been criticized for its potential harm to the environment and wildlife (much like Trump’s controversial U.S. border wall.)

In response, the Save the Waves Coalition and its environmental partners filed separate appeals to Ireland’s national planning board, An Bord Pleanála. A year after their appeals, the case still remains undecided and the groups are pressuring the board to take action.

The proposed seawalls by Trump International Golf Links would have severe, negative implications for #DoughmoreBeach and its sand dune system.

We ask Ireland's Appeals Board to STOP THE SEAWALL PROJECT. Protect this pristine coastline. #NatureTrumpsWallshttps://t.co/vtq7BgFxRr

The opponents argue that the seawalls could threaten the area’s sensitive sand dune ecosystem that’s home to rare species such as the tiny narrow-mouthed whorl snail.

“What we’re faced with is the end of the sand dune system. The building of a coastal defense along the shoreline will stop the dunes from growing as they should,” said Tony Lowes, director of Friends of the Irish Environment, in a press release.


‘A Walk On the Beach’ – Stop Donald Trump’s Seawall!

The walls could also accelerate erosion in adjacent areas and cause a “domino-effect” that will ultimately call for more wall and additional construction works.

“Before you know it, we end up armoring much bigger areas than we originally intended,” Andrew Cooper, a professor of coastal studies at Ulster University, said in the release.

Trump’s initial proposal to build a much longer 3-kilometer (1.86-mile) seawall was rejected in 2016 after a major opposition campaign that gathered 100,000 petition signatures.

Surfers are worried that walls will diminish the surf quality of Doughmore beach and even cause the popular surf spot to one day disappear.

“You hear about building a wall on a sand dune as supposedly a solution, but it’s really just about trying to save someone’s business for a few years,’ Fergal Smith, a surfer, activist and Clare County local, said in the press release. “It doesn’t really matter how much money it makes. If it destroys the ecosystem and if it’s damaging this area, then there’s no business.”