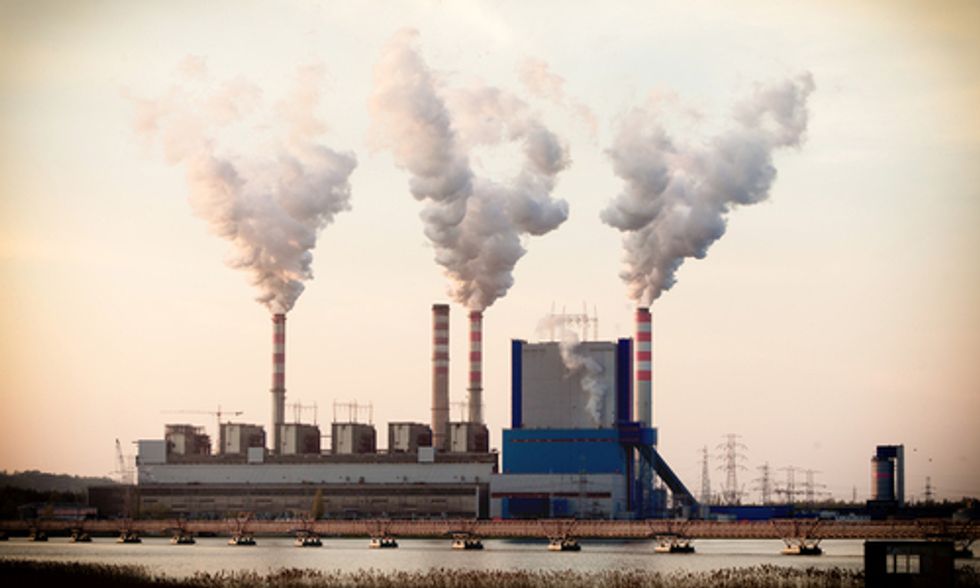 The Supreme Court ruled in a 7-2 decision Monday that the Obama Administration’s Environmental Protection Agency (EPA) is free to regulate carbon dioxide (CO2) in the atmosphere, as long as the source of emissions in question is a traditional polluter, like a factory or a power plant, rather than a school or a shopping mall. The decision was largely written by conservative Justice Antonin Scalia.

The EPA’s challengers in this case (a number of groups including the Chamber of Commerce, American Chemistry Council and state of Texas) were taking on efforts by the agency that are unrelated to the new, state-level emissions caps proposed earlier this month. The decision will have little impact on those new power plant regulations, writes Adam Liptak at The New York Times.

Monday’s ruling built on a 2007 decision, Massachusetts v. Environmental Protection Agency, in which states alleged the George W. Bush-era EPA was not doing enough to regulate greenhouse gases. The court agreed, saying the agency was required to regulate pollution from cars and trucks if it found that they endangered public health or welfare. The Obama Administration’s EPA then sought to use that decision as legal grounding to regulate a range of greenhouse gas emitters—not just vehicles—and that set the stage for Monday’s decision.

The Clean Air Act says those programs cover all sources that can annually emit 100 or 250 tons of the relevant pollutant, a threshold that works tolerably well for conventional air pollutants like lead and carbon monoxide. But that threshold, applied to greenhouse gases, which are emitted in far greater amounts, would require the regulation of millions of sources of pollution.

Applying the law as written would increase the number of covered sources under one program to more than 80,000, from fewer than 280, reaching commercial and residential sources and subjecting them to expenses averaging almost $60,000 …

A second program would reach 6 million sources, subjecting them to expenses of more than $20,000 each. The cost of the programs would rise to $21 billion from $62 million.

The agency said Congress could not have intended such an “absurd result.” Its solution was to raise the statutory emissions threshold to 75,000 to 100,000 tons per year, thus reaching far fewer facilities. This was, it said, a permissible exercise of discretion and one subject to tightening over time.

States and industry groups challenged the regulations on many grounds, with the U.S. Chamber of Commerce calling them “the most burdensome, costly, far-reaching program ever adopted by a United States regulatory agency.”

The Supreme Court limited the issue it would consider to whether the agency “permissibly determined that its regulation of greenhouse gas emissions from new motor vehicles triggered permitting requirements under the Clean Air Act for stationary sources that emit greenhouses gases.”

What does this mean for the Obama Administration’s efforts to tackle global warming going forward? It solidifies into law the EPA’s ability to regulate greenhouse gases, not just from cars, but from all sources. But, as The Wall Street Journal notes, the Supreme Court chastised the EPA for acting without a clear directive from Congress—and that might foreshadow future decisions in which the court rules against the president’s efforts to cut CO2 through various executive actions.