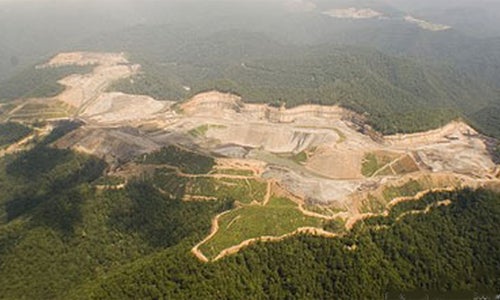 Today the U.S. Supreme Court denied the coal mining industry’s request to hear a case against the Environmental Protection Agency (EPA) for vetoing part of a permit for one of the largest and most harmful mountaintop removal coal mines in West Virginia’s history, the Spruce No. 1 mine. By declining to take the case the Supreme Court refused to reverse the lower court’s ruling that the EPA has full authority to protect clean water whenever necessary to prevent unacceptable environmental harm. 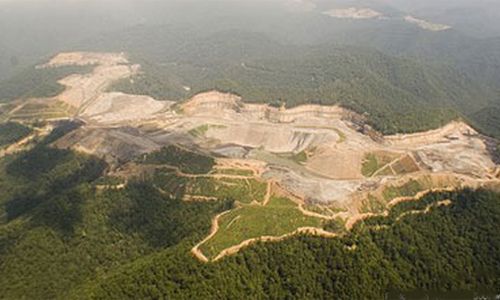 In October 1999, the Spruce No. 1 Mine became the subject of the first significant federal court decision on mountaintop removal mining, won by individual community members and the West Virginia Highlands Conservancy (represented by Appalachian Mountain Advocates and Public Justice). That case initiated years of controversy and litigation over this proposed mine. In the meantime, the science accumulated showing how devastating this type of mining is for local waters and communities.

In Jan. 2011, the EPA decided to veto the Spruce No. 1 Mine permit based on robust science showing the irreparable harm that would occur if the mining company were allowed to permanently bury and pollute natural headwater streams with mining waste. The permit would have allowed the Mingo Logan coal company to bury and destroy more than six miles of pristine mountain streams under mining waste dumps created from the destruction of more than 2,000 acres of land, releasing harmful pollutants into downstream waters that sustain local communities and wildlife. Appalachian citizen groups have been fighting to save the streams that would be destroyed by the Spruce Mine for more than a decade—as one of the largest, most harmful mountaintop removal mines ever proposed.

“The Spruce No. 1 mine is one of the largest and most destructive mountaintop removal mines ever proposed in Appalachia,” said Trip Van Noppen, president of Earthjustice. “EPA’s decision to veto the dumping of waste from this mine was a decision to prevent the most extreme impacts of the most radical type of strip mining—the worst of the worst. The Clean Water Act, enacted with wide bipartisan and public support, gave EPA broad authority to step in and stop this type of wholesale destruction and pollution of U.S. waters. The Supreme Court refusal to hear industry’s baseless case confirms that the EPA has the clear legal authority to prevent the dumping of waste whenever it would cause unacceptable harm to communities and the environment.”

In this instance, the EPA decided to veto the Spruce No. 1 mine permit after substantial new science had come to light. The EPA considered more than 50,000 written comments before issuing the veto. The vast majority—70 percent—supported the EPA’s veto.

“The coal industry has falsely painted the Spruce mine veto as an example of EPA overreach and a ‘war on coal,’ when in fact EPA’s authority to veto this permit is obvious from the face of the statute and EPA’s decision is based on clear scientific evidence of serious environmental harm from mining,” said Jim Hecker, environmental enforcement director at Public Justice and co-counsel in the 1998 case that initially blocked the Spruce mine

In 2012, the D.C. district court ruled that the EPA lacked authority to veto the permit after the Corps had issued it, without addressing the scientific merits of the EPA’s decision. In 2013, the D.C. Circuit (in an opinion by Judges Henderson, Griffith and Kavanaugh) unanimously reversed the district court’s ruling and upheld the EPA’s authority to veto whenever there is unacceptable harm, including after a permit has been issued. The full D.C. Circuit then denied the coal company’s petition for en banc review.

“This is a very gratifying outcome for water drinkers everywhere,” said Vivian Stockman, project coordinator, Ohio Valley Environmental Coalition. “The Court agrees that Congress gave EPA the authority to protect our waters from devastating harm, harm the proposed massive Spruce mountaintop removal mine would wreak if its permit was not vetoed. By protecting clean water, EPA is ultimately protecting human health, and as recent events have underscored, here in central West Virginia we cannot depend on the coal industry, nor state government to protect human health by protecting clean water. We need EPA to be able to keep a check on things.”

Today’s denial of certiorari reaffirms what the D.C. Circuit decided—that the EPA has authority to veto a harmful permit after it is issued. The case now goes back to the district court to review the scientific merits of the EPA’s veto decision in this specific instance.

“It’s absurd that we have to fight this hard to protect one site from mountaintop removal when there are so many threatening the health of mountain communities,” said Vernon Haltom, executive director of Coal River Mountain Watch. “We have to rely on the EPA to do the job clearly entrusted to them, because the West Virginia Dept. of Environmental Protection long ago abdicated their mission. To struggle so long for one site is all the more reason that we need to pass the Appalachian Community Health Emergency Act, HR 526.”

Visit EcoWatch’s WATER and COAL page for more related news on this topic.