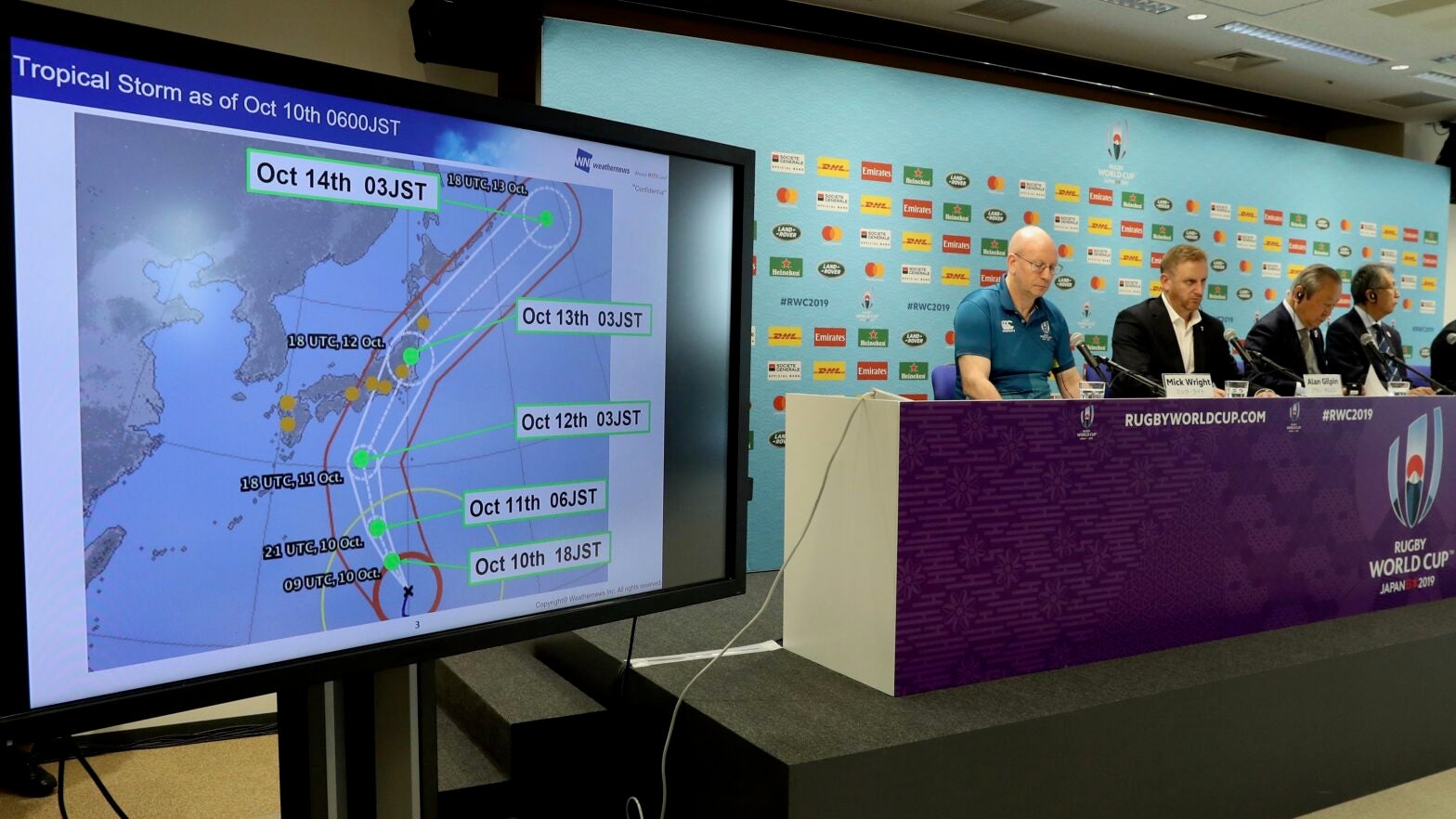 Japan has suffered a brutal stretch this summer — deadly heat waves and downpours and a typhoon that blew through Tokyo leaving travelers stranded. Now the worst seems to approaching this weekend as a super typhoon is on track to batter the country’s main island on Saturday, potentially causing grave damage, as the New York Times reported.

The U.S. Joint Typhoon Warning Center has classified Hagibis as a “super typhoon,” which is the equivalent of a category five hurricane — by far the strongest of the 2019 season. A storm with sustained winds of 150 miles per hour is considered a super typhoon. Hagibis, which is about 900 miles away from Japan, has sustained winds of 160 mph. The winds are expected to die down to about 90 mph when the storm strikes Japan, but it will include heavy rains, according to Brandon Bukunt, a meteorologist with the National Weather Service in Tiyan, Guam, as the New York Times reported.

Hagibis is expected to hit Japan’s central and eastern regions, including Tokyo. To prepare sports events and domestic flights have been canceled. Sandbags have been distributed to minimize the damage of potential storm surges, as the AP reported.

It is a testament to Hagibis power that Japan, the third-most typhoon-prone country in Asia, which sees on average 11 typhoons approaching and two direct hits every year, is taking outsized preparations for the storm. Not only is Hagibis the strongest typhoon of the season, it is enormous, means the wind and the rains will arrive earlier than the storm and last longer than other typhoons, as Japan’s national broadcaster NHK reported.

The storm also coincides with a time when the sea levels will be high. The combination of the high tide, giant waves and storm surges could trigger significant coastal flooding, according to NHK.

“If it hits Tokyo Bay like some of the current forecasts are saying, then it’s going to be a multibillion dollar disaster,” said Jeff Masters, a meteorologist with the magazine Scientific American, as the New York Times reported.

Japan celebrates Sports Day on Monday, which means it has a three-day holiday weekend. While the holiday usually sees a lot of travel, this year will be different. Airlines and train services anticipate cancellations. East Japan Railway Co. said it might suspend services on most local lines and bullet trains around Tokyo before the typhoon arrives. All Nippon Airways said it is grounding all domestic flights Saturday in and out of Tokyo’s Haneda and Narita international airports. All Nippon Airways and Japan Airlines will closely monitor the storm and may cancel flights as early as Friday, according to the AP.

Local offices in Chiba prefecture, which is still rebuilding from Typhoon Faxai started to distribute free sandbags to protect against anticipated flooding. The city also warned residents to expect power outages from typhoon damage and to stock up on food and water, while making sure their cell phones were fully charged, as the AP reported.