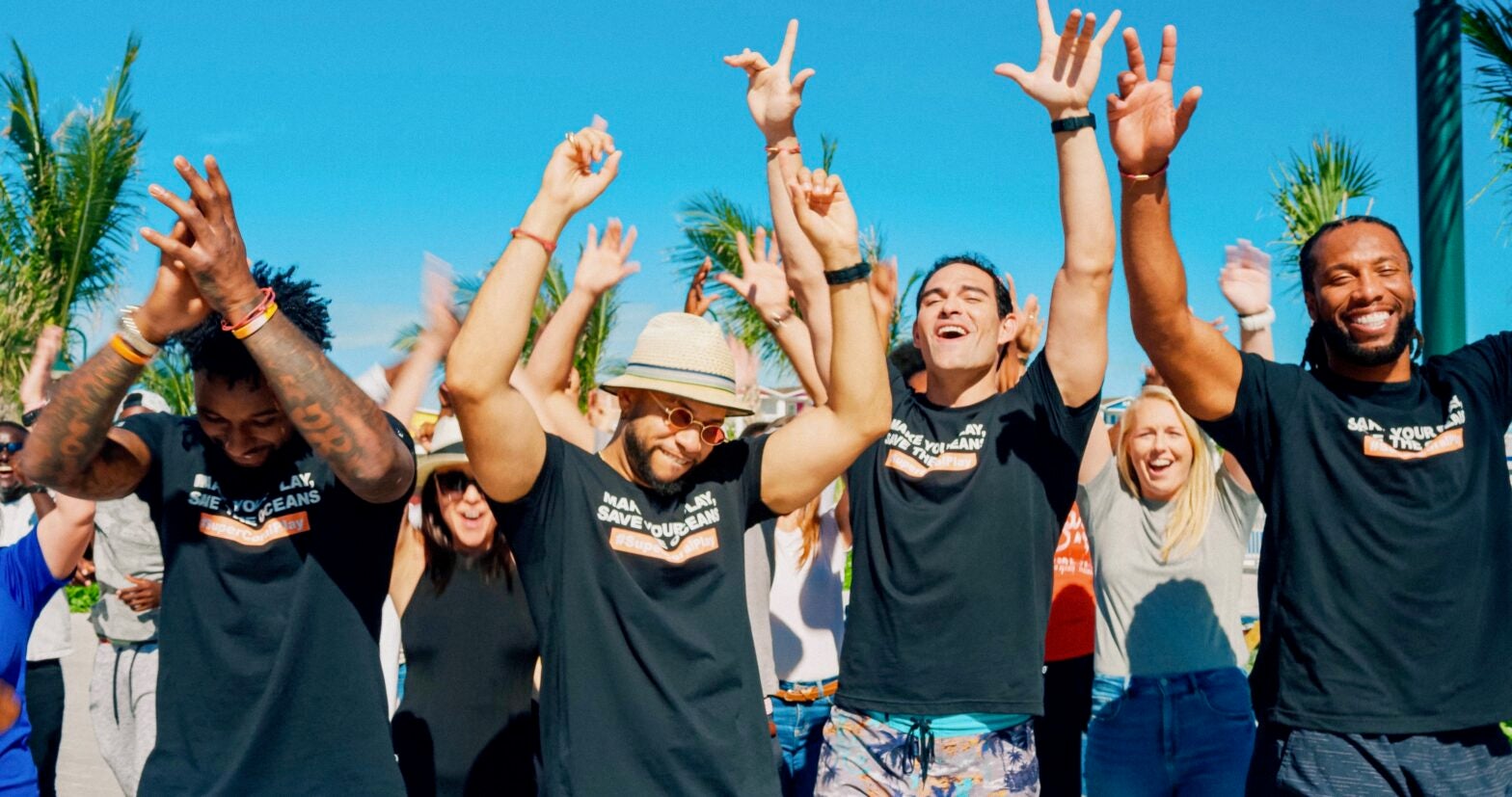 Only the Kansas City Chiefs and the San Francisco 49ers will get to play in Super Bowl 54 in Miami Sunday. But anyone can make a #SuperCoralPlay.

That’s the name of a joint campaign from MSC Cruises, the Miami Super Bowl Host Committee (MSBHC),and 54 NFL players and influencers to raise awareness about the need to protect coral reefs. It invites individuals and businesses to make a #SuperCoralPlay by pledging to take action to help save coral and the wider environment and then posting on social media to spread the word. The campaign launched with a music video Jan. 16 featuring Arizona Cardinals wide receiver Larry Fitzgerald, Cleveland Browns wide receiver Jarvis Landry and broadcaster and retired NFL quarterback Mark Sanchez.

“I’m a diver and I love the ocean – it’s certainly a passion point for me,” Sanchez said of his decision to get involved.

He highlighted the fact that coral reefs are in serious trouble — the UN’s Intergovernmental Panel on Climate Change estimates that 70 to 90 percent of them could be wiped out in the next two decades because of the climate crisis.

That’s why the MSC Foundation is working in its Ocean Cay MSC Marine Reserve in the Bahamas to identify and rebuild the reefs using “Super Coral” — hardy species of corals that have survived extreme ocean heat waves.

“We were just at Ocean Cay MSC Marine Reserve a couple weeks ago and it’s impressive to see the work MSC Foundation is doing by researching Super Coral – something that can have a global impact. But it’s everyone’s responsibility to take care of the world’s reefs and that’s why we wanted to get involved in Super Coral Play,” Sanchez said.

If you’re wondering exactly how to participate, Landry has the answers.

Ocean Cay in the Bahamas, where the MSC Foundation is working to find and promote ‘Super Coral.’ Conrad Schutt

“We all have to do our part by making a play to reduce our carbon footprint. It’s easy. You can switch to LED lightbulbs, refuse single use plastic or ride a bike instead of a car. Once you choose your play, post about it on social media using #SuperCoralPlay and challenge two friends to join the movement,” he said.

You can also purchase a Super Coral Play bracelet made from abandoned fishing nets. For every bracelet sold, the MSC Foundation will propagate a new Super Coral.

So why is all this environmental activity centering around the Super Bowl?

“Every year the Super Bowl has a philanthropic focus, and this year it is the environment,” Matthew McKinnon, Chair of the Advisory Board of the MSC Foundation, explained. “We were excited to team up with Miami Super Bowl Host Committee (MSBHC) and these 54 NFL players and influencers to help amplify our message about the importance of coral and raise awareness of the need to protect them.”

Participating in #SuperCoralPlay isn’t the only way the Super Bowl is going green. For three years now, the game has worked to make sure stadium trash doesn’t end up in a landfill, National Geographic explained.

In 2018, 90 percent of the waste generated at the U.S. Bank Stadium in Minneapolis was composted or recycled. This year, the stadium is aiming to phase out 99.4 percent of its single-use plastic. To that end, it is using aluminum containers for beer and water and compostable material like bamboo for cutlery.

Environmental groups say the big game is an excellent chance to raise awareness about sustainability.

“There really is no bigger stage than the Super Bowl to bring folks around the conversation,” George Leonard, the chief scientist at the Ocean Conservancy, told National Geographic.