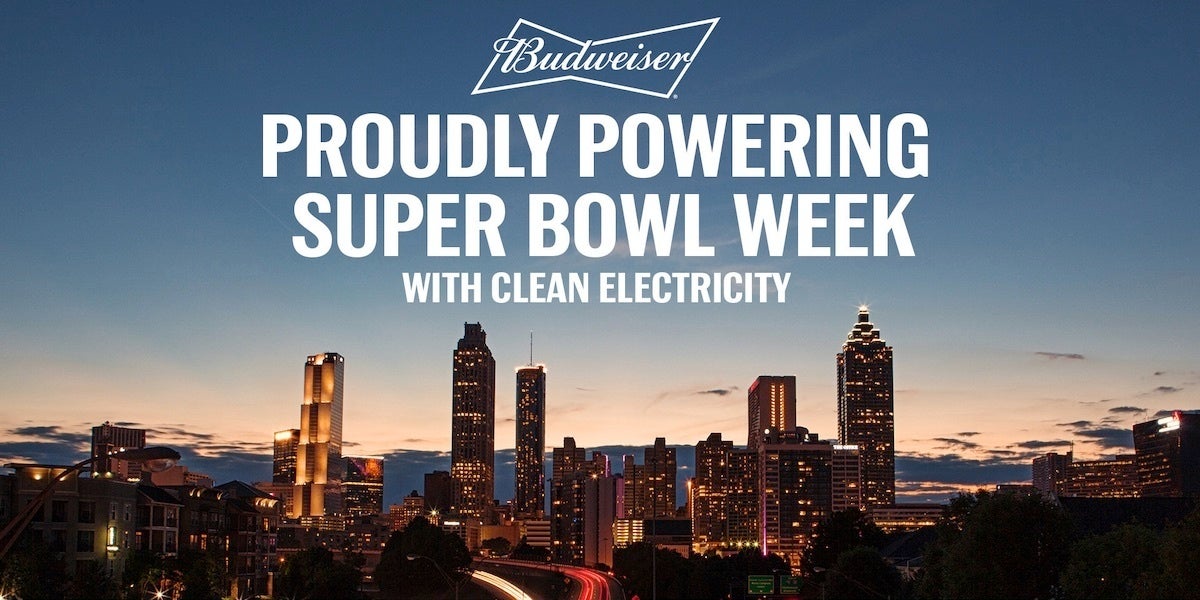 When we think of Budweiser’s Super Bowl commercials, images of croaking frogs or horses playing football usually come to mind. But for this year’s big game in Atlanta, the beer giant is going green.

The 1-minute ad is set to Bob Dylan’s “Blowin’ in the Wind” and has already been watched more than 65,000 times on YouTube.

So far, it’s been pretty well-received by viewers. “It is beautiful to see companies taking a stand, understanding corporate responsibility,” one YouTube commenter wrote.

Bud’s eco-friendly makeover is a definite shift from a bunch of men saying “Wassup” to each other.

“Those who wait for the best commercials all year expect Budweiser to show up big, and we felt there was no better way to show up this year than to talk about our commitment to renewable electricity,” said Ricardo Marques of Anheuser-Busch, the brewer that makes Budweiser, Bud Light and many other beers, in a press release.

“We are proud to be the first Anheuser-Busch brand and the first major beer brand to be brewed with 100 percent renewable electricity from wind power and hopefully we can use this moment to inspire others in our pursuit for a more sustainable future,” Marques added.

What’s more, Anheuser-Busch agreed to offset the electricity used during Super Bowl week in the host city of Atlanta.

The company “will supply Atlanta’s Super Bowl Host Committee with renewable energy attributes to power the equivalent of the city’s energy consumption for six days, including during the largest sporting event of the year,” according to a press release sent to EcoWatch.

The electricity will come from Enel Green Power’s wind farm in Oklahoma. In 2017, Anheuser-Busch signed a long-term power purchase agreement for 152.5 megawatts of output from the 298-megawatt Thunder Ranch facility.

.@budweiserusa's #SuperBowlLIII commercial brings its long-term sustainability goals to the biggest stage of the year! To celebrate, we're donating clean electricity from our @enelgreenpower wind farm to help power the city of Atlanta for Super Bowl week. #ThisBudsForYou https://t.co/gq6HDouLEn

“The renewable electricity purchased is the equivalent energy used to brew more than 20 billion 12 oz. servings of beer each year and is capable of meeting up to 50 percent of Anheuser-Busch’s total annual purchased electricity,” the press release noted.

Last year, Atlanta became the the biggest city in the U.S. South to adopt a 100 percent renewable electricity goal.

“It’s exciting to see Budweiser partner with Atlanta to power the city with renewables, too. By working together to drive down emissions, businesses and local governments can accelerate the clean energy transition around the world,” Amy Davidsen, the North America Executive Director at The Climate Group, said in the press release.