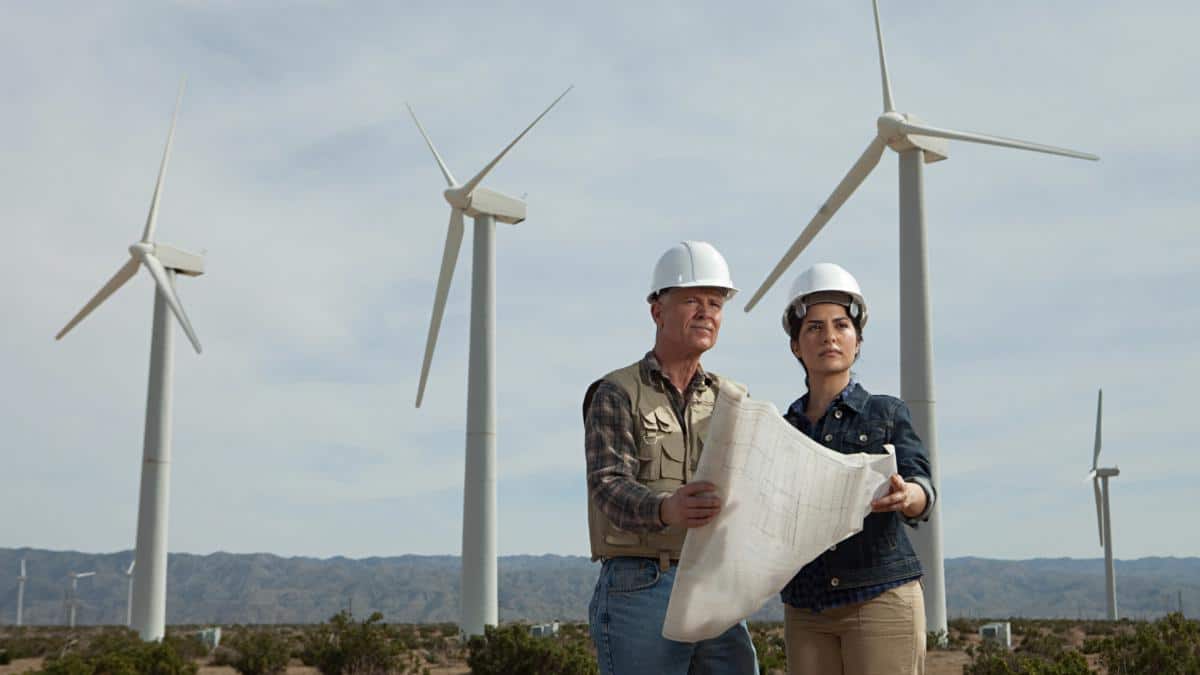 The Sunrise Movement launched its "Good Jobs for All" campaign that guarantees a good job to anyone who wants one and puts the country on a path toward a Green New Deal. Image Source / Getty Images

Amid the ongoing climate emergency and the devastating coronavirus pandemic that has resulted in more than 500,000 deaths in the U.S. alone as well as an economic meltdown that has left millions of people unemployed, the Sunrise Movement on Thursday launched its “Good Jobs for All” campaign to demand that lawmakers pursue a robust recovery that guarantees a good job to anyone who wants one and puts the country on a path toward a Green New Deal.

“It will take millions of people to build a new energy grid, care for older folks, teach little kids, restore parks and buildings that have fallen into disrepair, and do the work of building happy, healthy communities,” the climate justice organization wrote on its campaign website. “This year, we can put millions of people back to work in good paying jobs building a sustainable, just, and people-centered economy.”

“In the richest country in the world, no one should go without a good job,” Varshini Prakash, executive director of the Sunrise Movement, said to thousands of people across the country who attended Thursday’s online launch event via livestream or at one of 600 virtual watch parties. “For years, our movement has been demanding a Green New Deal that fulfills Franklin Delano Roosevelt’s promise and Coretta Scott King’s dream through guaranteed good jobs and a better society.”

“This campaign,” Prakash added, “will galvanize and grow our movement around this critical component of the Green New Deal as we recover from Covid-19 and the economic recession.”

During the campaign launch, Sunrise—joined by Rep. Ayanna Pressley (D-Mass.) and Sara Nelson, president of the the Association of Flight Attendants-CWA, AFL-CIO—introduced their Good Jobs for All Pledge, which calls on President Joe Biden and members of Congress to immediately enact economic recovery legislation that meets the scale of the overlapping crises society is facing and paves the way for a Green New Deal that puts millions of people to work to fight against catastrophic climate change.

Given the current convergence of crises—public health, economic inequality, racial injustice, and “a climate crisis that looms over it all”—the Good Jobs for All Pledge stresses that “with so much work to do building a better society that works for all of us, there’s no reason anyone in the richest country in the history of the world should be unemployed, underemployed, or working a job that isn’t in the public interest.”

Becoming the first signatory of the Good Jobs For All Pledge, the Massachusetts Democrat said Thursday that “establishing the legal right to a good job for every person will help address the current employment crisis, create the foundation for an equitable economic recovery, and ensure that we are able to meet the pressing challenges facing our communities.”

“I’m excited to work alongside the Sunrise Movement—as well as my colleagues, advocates, and activists across the country—to advance bold employment policies that ensure every person has access to a good job that pays a living wage, and that we put people to work addressing urgent priorities, like the climate crisis,” said Pressley, who is expected to soon be joined by other prominent progressive lawmakers.

Signatories to the Good Jobs for All Pledge promise to do everything in their power—including abolishing the Senate’s anti-democratic filibuster rule that obstructs the will of the majority—to “champion economic recovery legislation that invests trillion to create at least 15 million good jobs sustained over the next decade in clean energy, transportation, housing, the care economy, public services, and regenerative agriculture, with the goal of ultimately guaranteeing full employment.”

In addition, backers of the pledge vow to:

As Sunrise noted in a statement released Friday, “The campaign comes 43 days into the administration, as time ticks down on the Democrats’ now or never moment to stop the worst effects of the climate catastrophe and avoid the fatal political mistakes of the early Obama years: not acting at the full scale of the economic crisis, and falling short in delivering on promises made.”

Emphasizing that “the clock is ticking,” Prakash said that “we expect Biden and Congress to deliver on a bold economic recovery in its first 100 days—by April 30th.”

“We’re going to put on the pressure to make sure that they do,” she added. “And if they don’t, well then they’re really gonna hear from us—and there’ll be hell to pay. You’ve got 57 days to deliver.”