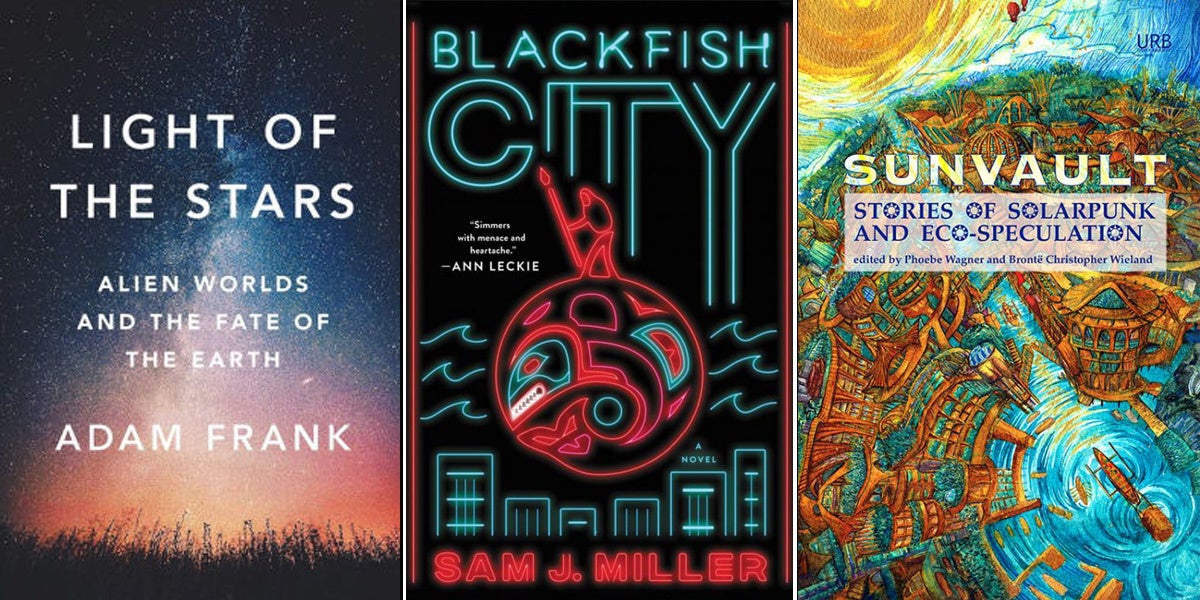 Summer is a time for escape reading. But that designation need not be limited to fiction; books written for the general reader on topics outside one’s area of expertise can also provide passage to exciting new places. This month’s bookshelf includes six non-fiction titles, five novels and one collection of short stories. The last three titles are now in paperback, suitable for a vacation or some beach time. Good reading to you!

The descriptions are drawn from publishers’ catalogue copy. When two dates of publication are provided, the second marks the release of the paperback.

Today, the majority of the world’s megacities are located in coastal zones, yet few of them are prepared for the floods that will increasingly menace their shores. Instead, they develop luxury waterfront condos for the elite and industrial facilities for corporations that not only intensify carbon emissions, but also place coastal residents at greater risk. In Extreme Cities, Dawson offers an alarming portrait of the future of our cities, describing the efforts of Alaskan residents to relocate; Holland’s models for defending against the seas; and the development of New York City before and after Hurricane Sandy. Our best hope lies not with fortified sea walls, he argues, but with urban movements already fighting to remake our cities in more just and equitable ways.

Pulitzer Prize- and National Book Award-winning author Richard Rhodes reveals the fascinating history behind energy transitions over time—wood to coal to oil to electricity and beyond. Rhodes looks back on five centuries of progress, through such influential figures as Queen Elizabeth I, King James I, Benjamin Franklin, Herman Melville, John D. Rockefeller and Henry Ford. He addresses how we mastered these energy transitions, and capitalized on their opportunities. Rhodes also looks at the current energy landscape, with a focus on how wind energy is competing for dominance with vast supplies of coal and natural gas. In Energy, he also addresses the specter of global warming, and a population hurtling towards ten billion by 2100.

In the 1990s, researchers in the Arctic noticed that floating summer sea ice had begun receding. This was accompanied by shifts in ocean circulation and unexpected changes in weather patterns throughout the world. And the Arctic’s perennially frozen ground, known as permafrost, was warming; treeless tundra was being overtaken by shrubs. What was going on? Brave New Arctic is Mark Serreze’s riveting firsthand account of how scientists from around the globe came together to find answers. In this gripping scientific adventure story, Serreze shows how the Arctic’s extraordinary transformation serves as a harbinger of things to come if we fail to meet the challenge posed by a warming Earth.

Editor’s Note: Last month’s bookshelf, a list of books on the denial and obstruction of climate science, should have included Climate Cover-Up: The Crusade to Deny Climate Change (2009), by DeSmog Blog co-founder James Hoggan.

4. Come On! Capitalism, Short-Termism, Population and the Destruction of the Planet, by Ernst Ulrich von Weissacker and Anders Wijkman (Springer 2018, 220 pages, $29.95)

Pope Francis said it clearly: our common home is in deadly danger. Analyzing our crisis, this book concludes that the world needs a “new enlightenment”; one that is not based solely on doctrine but instead seeks a balance between humans and nature, as well as a balance between markets and the state, and the short versus long term. To do this we must leave behind working in “silos” in favor of a more systemic approach that will require us to rethink the organization of science and education. This book is full of optimistic case studies and policy proposals that will lead us back to a trajectory of sustainability. But it is also necessary to address the taboo topic of population increase. Finally, an optimistic book from the Club of Rome.

In his nonfiction, William T. Vollmann has won acclaim as a singular voice tackling some of the most important issues of our age. Now he turns to a topic that will define the generations to come – global warming. In the first volume, No Immediate Danger, Vollman examines and quantifies the many causes of climate change, from industrial manufacturing and agricultural practices to fossil fuel extraction, economic demand for electric power, and the justifiable yearning of people all over the world to live in comfort. Turning to nuclear power first, Vollmann recounts multiple visits he made over the course of seven years to the contaminated no-go zones and sad ghost towns of Fukushima, Japan. No Good Alternative, the second volume focuses on human experiences related to coal mining and oil and natural gas production.

In Light of the Stars, Astrophysicist Adam Frank shows how we as a civilization can only hope to survive climate change if we recognize what science has recently discovered: that we occupy just one of ten billion trillion planets in the universe. And it’s highly likely that many of those planets hosted technologically advanced alien civilizations that also faced the challenge of civilization-driven climate change. Writing with clarity and conviction, Franks builds on pioneering work of scientists such as Frank Drake, Carl Sagan, Vladimir Vernadsky, James Lovelock, and Lynn Margulis. Light of the Stars explores what may be the most challenging question of all: What can the likely presence of life on other worlds tell us about our own fate?

In his twelfth novel, National Book Award winner Richard Powers delivers a sweeping novel of activism and resistance that is also a stunning evocation of the natural world. The Overstory unfolds in concentric rings of interlocking fables that range from antebellum New York to the late twentieth-century Timber Wars of the Pacific Northwest and beyond, exploring the essential conflict on this planet: the one taking place between humans and nonhumans. This is the story of a handful of people who learn how to see that world and who are drawn up into its unfolding catastrophe. If the trees of this earth could speak, what would they tell us? “Listen. There’s something you need to hear.”

Sunvault: Stories of Solarpunk and Eco-Speculation is the first anthology to broadly collect solarpunk short fiction, artwork, and poetry. A new genre for the 21st Century, solarpunk is a revolution against despair. Focusing on solutions to environmental disasters, solarpunk envisions a future of green, sustainable energy used by societies that value inclusiveness, cooperation, and personal freedom. Sunvault focuses on the stories of those inhabiting the crucial moments when great change can be made by people with the right tools; stories of people living during tipping points, and the spaces before and after them; and stories of those who fight to effect change and seek solutions to ecological disruption.

After the climate wars, a floating city is constructed in the Arctic Circle, a remarkable feat of mechanical and social engineering, complete with geothermal heating and sustainable energy. The city’s denizens have become accustomed to a roughshod new way of living, however, the city is starting to fray along the edges—the contradictions of incredible wealth alongside direst poverty are spawning unrest, and a new disease called “the breaks” is ravaging the population. Blackfish City is a remarkably urgent—and ultimately hopeful—novel about political corruption, organized crime, technology run amok, the consequences of climate change, gender identity, and the unifying power of human connection.

As the sea levels rose, every street became a canal. Every skyscraper an island. For the residents of one apartment building in Madison Square, however, New York in the year 2140 is far from a drowned city. There live the market trader, the detective, the immigration lawyer, the internet star, beloved by millions for her airship adventures, and the building’s manager. Then there are two boys who don’t live there, but have no other home. Lastly there are the coders, temporary residents on the roof, whose disappearance triggers a sequence of events that threatens the existence of all—and even the long-hidden foundations on which the city rests.

After watching the breakdown of modern society, Hubert really has nowhere left to be—except amongst the dregs of disaffected youth who party all night and heap scorn on the sheep they see on the morning commute. After falling in with Natalie, an ultra-rich heiress trying to escape the clutches of her repressive father, the two decide to give up fully on formal society—and walk away. It’s still a dangerous world out there, the empty lands wrecked by climate change, dead cities hollowed out by industrial flight, shadows hiding predators. Still, when these walkaways flourish, more people join them. Walkaway is a multi-generation sf thriller about the wrenching changes of the next hundred years … and the very human people who will live their consequences.

Do you have digestion problems due to stress? Do you have problems with authority? How many alcoholic drinks to you consume a week? Would you rather be a florist or a truck driver? These are some of the questions that determine if you have what it takes to survive at South Pole Station, a place with an average temperature of -54°F and no sunlight for six months a year. Cooper Gosling has just answered five hundred of them. Her results indicate she is abnormal enough for Polar life. A warmhearted comedy of errors set in the world’s harshest place, Ashley Shelby’s South Pole Station is a wry and witty debut novel about the courage it takes to band together when everything around you falls apart.