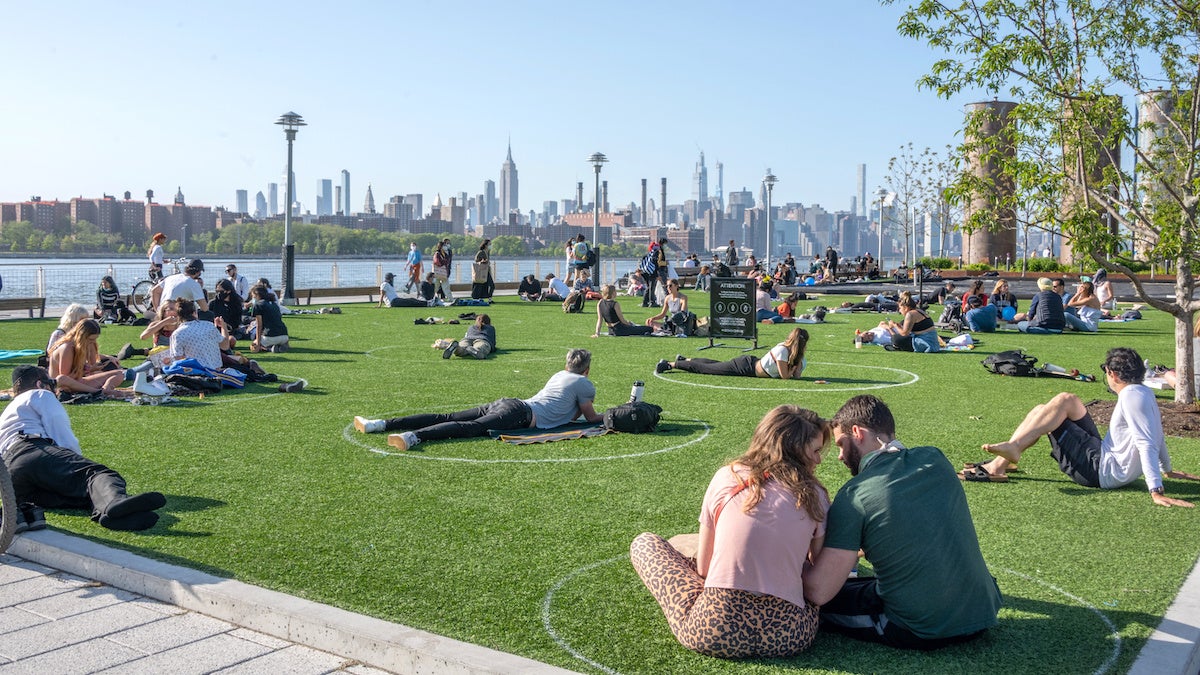 People sit in circles to observe social distance in Domino Park amid the coronavirus pandemic on May 21, 2020 in New York City. New research says preventative measures such as social distancing and wearing face masks should not be relaxed as temperatures warm up. Alexi Rosenfeld / Getty Images

Researchers have found that warm temperatures in the U.S. this summer are unlikely to stop the coronavirus that causes the infectious disease COVID-19, according to a new study published in the journal Clinical Infectious Disease.

The findings of the scientists refute President Trump’s claim in March that “when it gets a little warmer [the virus] miraculously goes away.” It also refutes his insistence in April, when he cited Department of Homeland Security data, that summer heat will kill the virus, which led him to wonder about shining a UV light inside the body or injecting disinfectant into the bloodstream, both of which are extremely dangerous.

While the flu is seasonal, researchers who have tested the coronavirus in the lab found that the coronavirus is sensitive to heat and light, but those are at extremes. Summer temperatures may account for a slight decline in cases, but nothing that will allow us to return to normal or kill the virus, as Newsweek reported.

“There is an association between temperature and rate of transmission of SARS-CoV-2 virus which may result in modest decline in the community transmission of SARS-CoV-2 with warmer weather,” the researchers wrote in their conclusion, according to Newsweek. “This effect is modest, however, and is unlikely to slow down disease spread if containment measures are relaxed.”

Higher humidity and warmer temperatures seem to make the virus less stable. In warmer temperatures, the small virus-bearing droplets sent into the air by a cough or sneeze are more likely to attract water vapor, become heavier and drop out of the air before infecting someone. The opposite happens during colder, drier conditions when the droplets are lighter and stay airborne for longer, as WPIX in New York reported.

Co-author Dr. Shiv T. Sehra, assistant professor of Medicine at Harvard Medical School, said in a statement, according to Newsweek: “While the rate of virus transmission may slow down as the maximum daily temperature rises to around 50 degrees [Farenheit], the effects of temperature rise beyond that don’t seem to be significant.

“Based on our analysis, the modest association suggests that it is unlikely that disease transmission will slow dramatically in the summer months from the increase in temperature alone.”

The team, led by Harvard researchers, says the findings are evidence we should not forego preventative measures such as social distancing and wearing face masks just because the temperature has warmed up, as the Daily Mail reported.