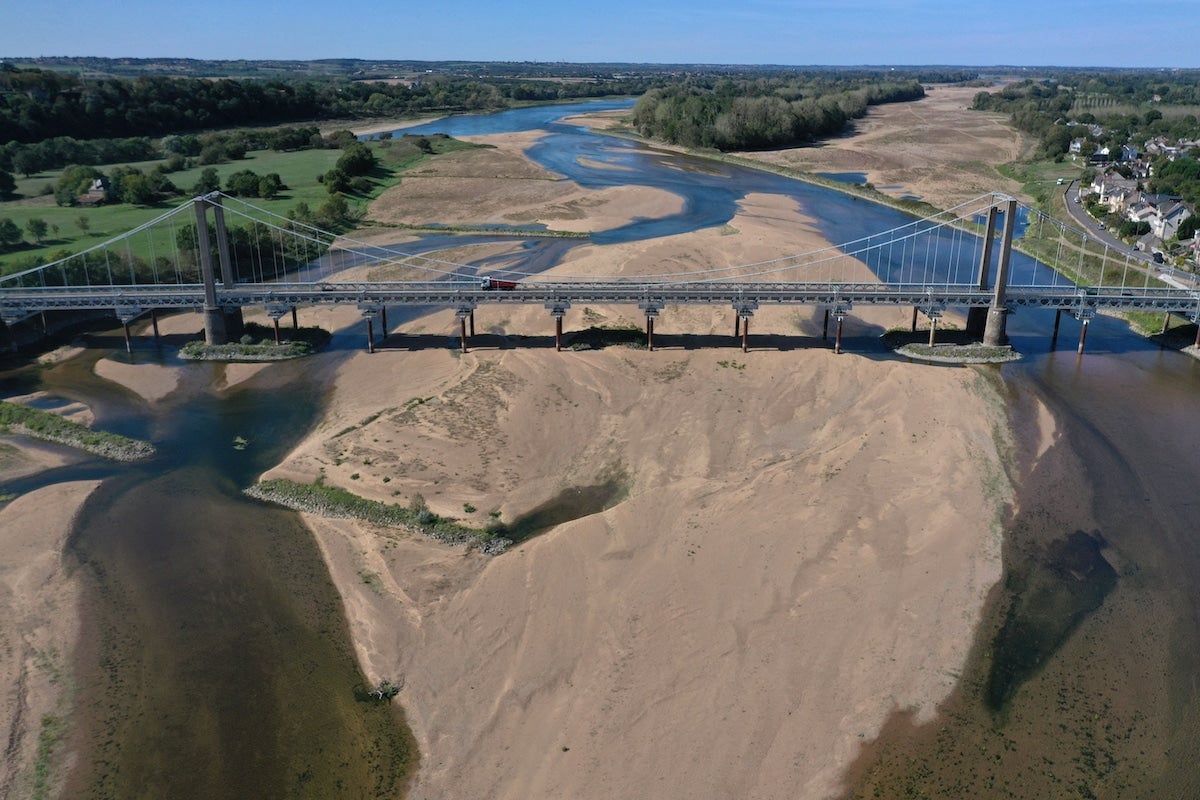 A bridge over the dried-up Loire River bed at Loireauxence, western France on Sept 20, 2022. This summer was France's second-hottest on record. DAMIEN MEYER / AFP via Getty Images

The widespread extreme heat that fueled drought across the Northern Hemisphere this summer would have been “virtually impossible” without the effects of climate change, an analysis released Wednesday by World Weather Attribution finds.

The findings illustrate how the impacts of climate change — in this case, extreme heat and historic droughts in parts of Europe, the U.S., and China — are harming people now. The extraction and combustion of fossil fuels, the main driver of climate change, has already increased global temperatures by 1.2°C (2.2°F) above preindustrial levels, and made this summer’s drought 20 times more likely to occur.

“In many of these countries and regions, we are clearly, according to the science, already seeing the fingerprints of climate change,” Maarten van Aalst, director of the Red Cross Red Crescent Climate Center and one of the report’s co-authors, told The New York Times.

Drought dried up major rivers, destroyed crops, sparked wildfire, threatened aquatic species and led to water restrictions in Europe. It struck places already plagued by drying in the U.S., like the West, but also places where drought is more rare, like the Northeast. China also just had its driest summer in 60 years, leaving its famous Yangtze river half its normal width.

Illegal Backyard Coal Mining Surges in Poland as Energy Anxiety Outweighs Health and Climate
The global energy crisis set off by Russia's war in
By Climate Nexus
Dreaming of Beachfront Real Estate? Much of Florida’s Coast Is at Risk of Storm Erosion
By Zhong-Ren Peng
By The Conversation
Europe’s Largest Battery Storage System Goes Live in UK
As the UK braces for the first full winter since
By Olivia Rosane