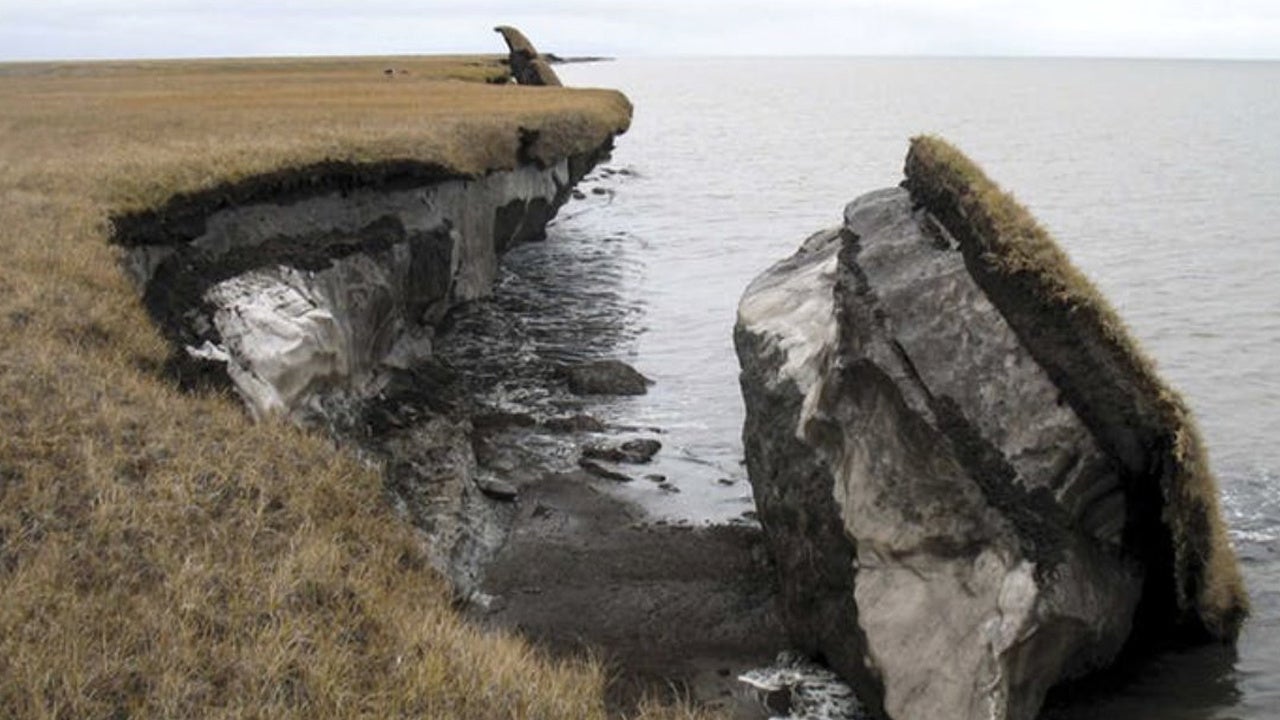 Chris McKee lived down the street from me when we were kids growing up in suburban Dallas. Even though we haven’t seen each other face-to-face in many years, Chris and I have managed to stay in touch through the mixed blessing of social media.

One big reason for our physical separation is that my childhood friend knew from a very early age that he would one day leave Texas for a faraway place. Chris also knew precisely what he wanted to do with his life, in a way that I found baffling at the time. “I’m going to move to Alaska and work with animals when I grow up,” nine-year-old Chris would say with perfect self-assurance as we kicked the soccer ball in his backyard, imagining our futures.

Remarkably, Chris did exactly what he said he would do all those many years ago. Today he’s a wildlife biologist living and working in Alaska, the place he’s called home for the past three decades. Over that period of time he’s watched closely — with a scientist’s eye — as the physical environment of his beloved state has changed and continues to change.

Alaska is currently experiencing one of its hottest summers on record; by season’s end, the summer of 2019 is likely to top the list. (To date, the state’s hottest year on record was 2016; its second-hottest was last year.) This year’s unprecedented heat is warping Alaska’s reality. Wildfires, exacerbated by the high temperatures, have consumed more than two million acres. Anchorage recently saw thermometers hit 90 degrees for the first time in recorded history. And sea ice off Alaska’s coast has vanished completely — something that has happened before, but never this early in the year. 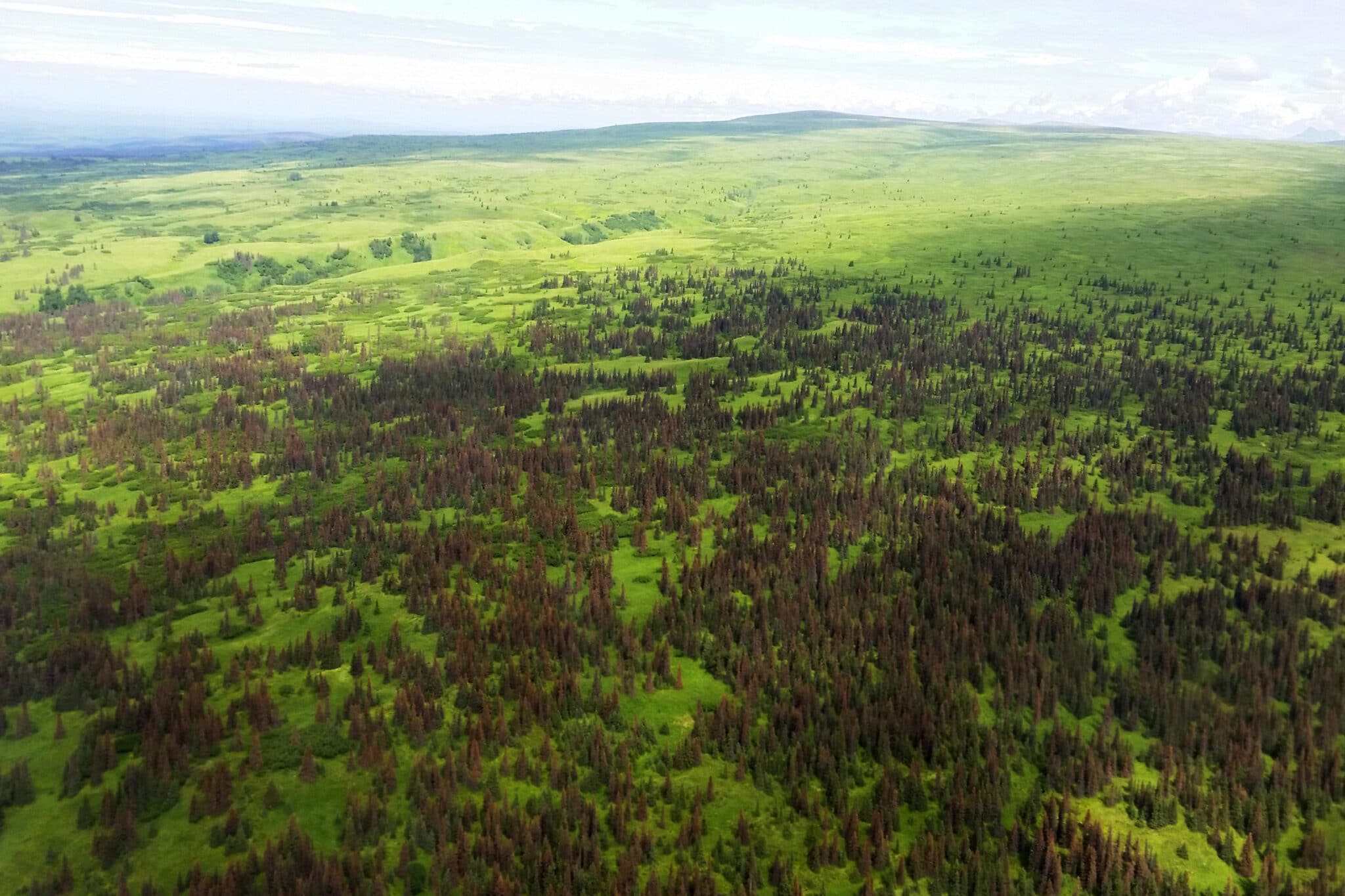 When I reached out to Chris earlier this week to ask him what life in the 49th state was like during this strange and scary time, he told me he happened to be waiting for a tree specialist to come out to his property that very afternoon. “I just found out today that almost every one of the spruce trees in our yard will have to be removed due to infestation by bark beetles,” he said, with evident sadness. The beetles are native to Alaska, but higher temperatures and drier conditions are aiding and abetting these pests, first by allowing the insects to reproduce twice a year instead of once, and second by making trees weaker and more water stressed, and thus more vulnerable. Though the Kenai Peninsula south of Anchorage suffered extensive infestations in the 1990s, killing millions of acres’ worth of trees, Chris said the beetles haven’t been a pervasive problem in the Anchorage region until very recently.

Thanks to climate scientists, we know that the average global temperature has risen by 1 degree Celsius over the past century. What many people may not realize is that over the same time frame, Alaska’s average temperature has risen twice as much. To hear Chris tell it, the changes resulting from this phenomenon can be seen — and felt — just about everywhere. “My first winter here, in Fairbanks from 1988 to 1989, was the coldest I’ve ever experienced. Temperatures of minus 40 were common, and even 50 and 60 below weren’t unheard of.”

That was the same winter he witnessed his first glacier: the Portage Glacier, just south of Anchorage. “There was a brand-new visitor center that had just been built,” he recalled. “It had a direct view, and it was a magnificent sight.” But when he went back to visit with his family last month, “the glacier had retreated so that you now have to take a boat to be able to see it. Every glacier I visited in my first decade up here has retreated so much, in fact, that sometimes it takes great effort to be able to see it.”

As a wildlife biologist, Chris is especially aware of how climate change is affecting animal populations in his home state. “Moose are at an increased susceptibility to infestation by ticks and other parasites as these pest species extend their range farther north,” he said. “Caribou habitat is also at greater risk as wildfires increase in size and intensity. Lichens, which are the primary winter food source for caribou, are directly impacted by these intense fire events, which result in changes to their abundance and availability. And most people are already aware of the effects of decreased sea ice on the ability of polar bears to hunt for seals, their primary food source.” 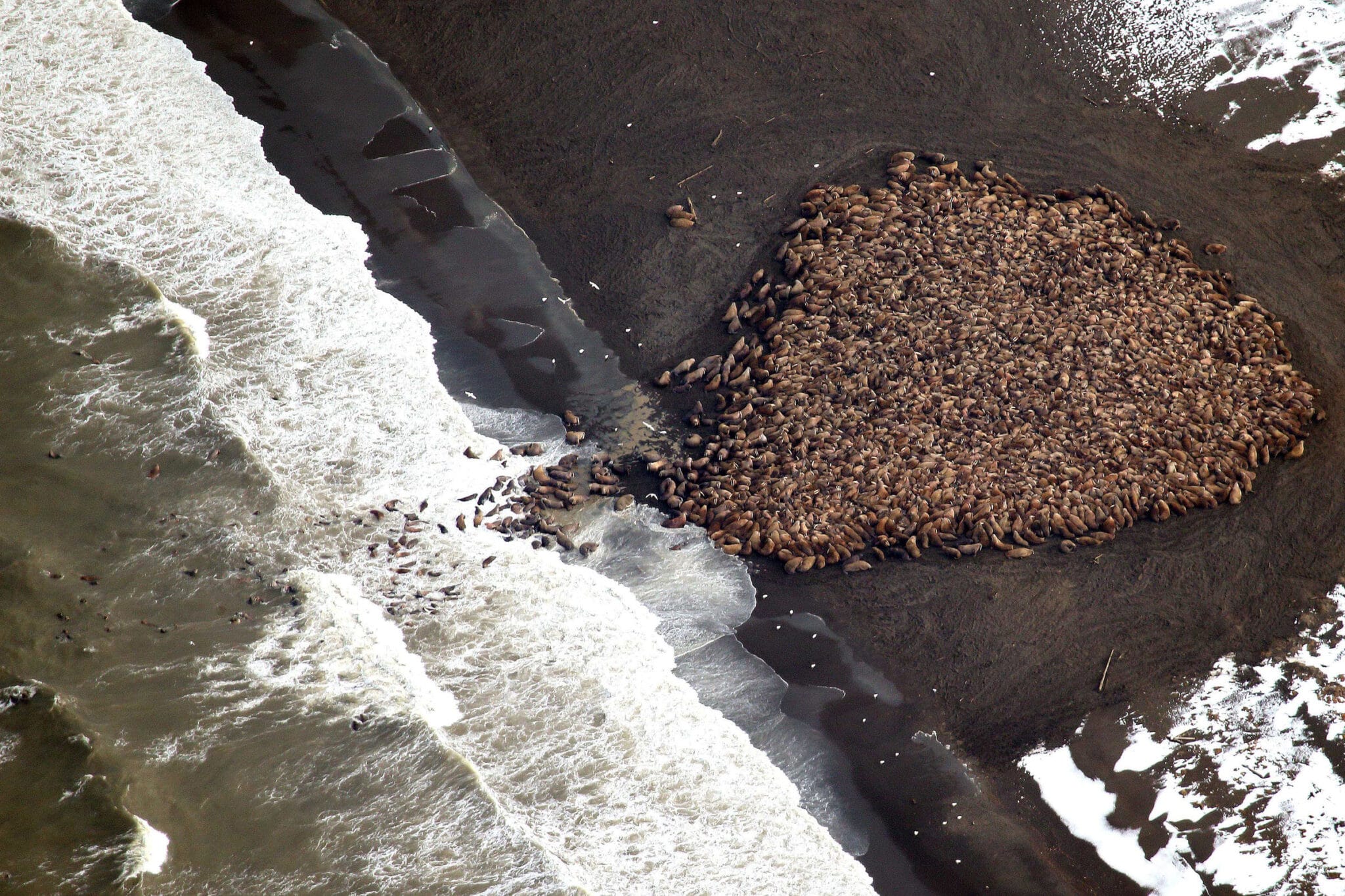 Pacific walrus crammed onto a beach in Point Lay, Alaska, in 2014

Chris shared with me a bit of recent news from the Chukchi Sea community of Point Lay, where locals just last week observed the earliest walrus haulout since these animals first began congregating there in 2007. Thousands or even tens of thousands of walrus can make up a single haulout, which occurs when sea ice — the animals’ normal habitat — melts to such an extent that they are forced to move to shore, where they can starve or stampede each other to death.

Climate change is affecting every part of the state, Chris told me, but some Alaskans are experiencing it more acutely than others. Especially hard hit are those communities with a subsistence lifestyle. Disappearing caribou populations and unexpected changes to traditional hunting periods, he said, “are disrupting patterns of life and interaction with the natural environment that have sustained Indigenous people for millennia up here. Food security is becoming an ever-increasing concern in many rural villages. Most people in the Lower 48 don’t understand how critical the subsistence lifestyle is in these communities. A gallon of milk can cost in these places, and just about every other store-bought food has prices that would make folks from out of state gasp. Without reliable subsistence foods, these communities face a real crisis.”

Despite all the bad news coming out of Alaska, my old friend has managed to retain his youthful optimism—although it’s definitely tempered by a middle-aged melancholy. “I think Alaska, and all polar communities, have already passed the tipping point in terms of preventing widespread problems from happening,” he said. “We’re now in a position of having to try and figure out how to deal with and react to those problems.”

But what gives Chris hope “is knowing how many knowledgeable and caring people there are up here working on this issue and trying to provide solutions. This doesn’t just include the Western-science types like me. It’s also people in the Indigenous communities who are looking at these problems from a traditional ecological-knowledge perspective. And the greatest thing is that many of these leaders are the youth! There’s a whole cadre of emerging Indigenous leaders who are working to merge Western science with traditional ways of understanding the natural environment.”

“I hope they’re successful,” he told me before signing off. “Because they’re the ones who’ll have to live with the effects of these changes on their personal lives and on the lives of their communities.” It’s a startling thought, but when today’s nine-year-olds are kicking the soccer ball in the backyard and imagining where they’ll live when they grow up, they have to consider something that Chris and I didn’t: what kinds of places will — and won’t — still be around. 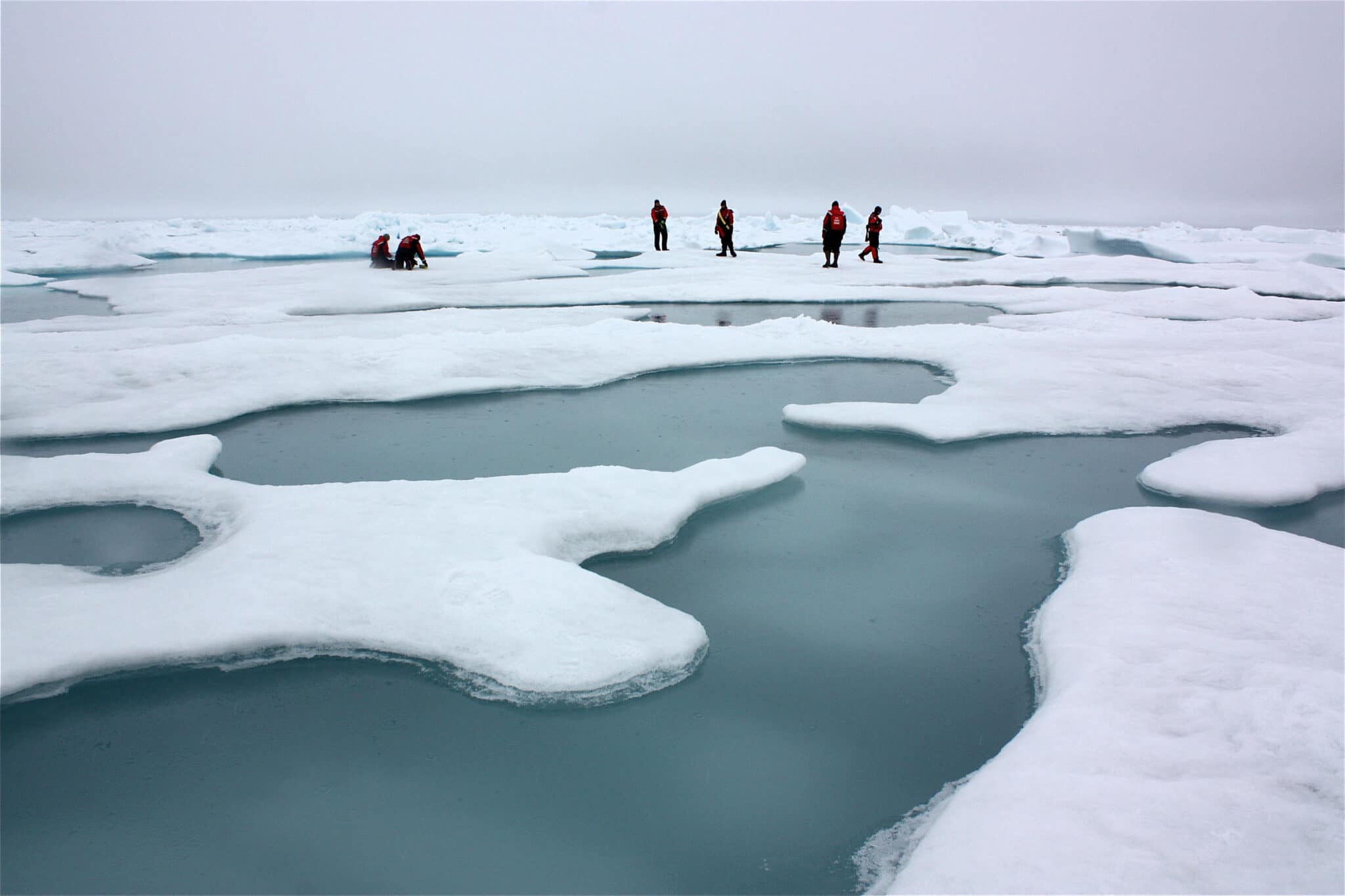