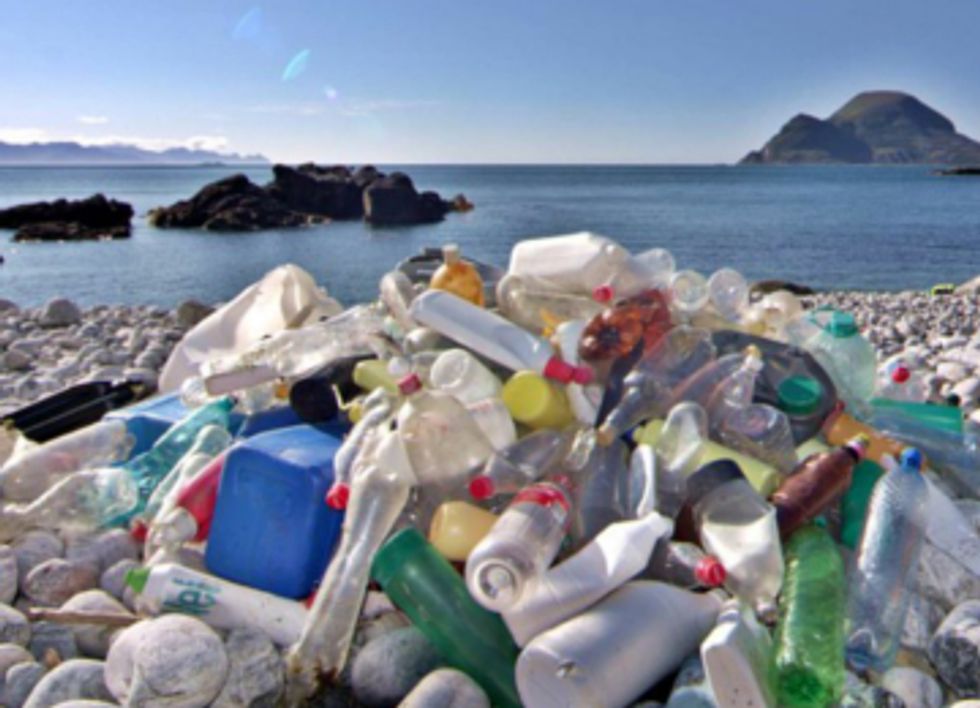 This summer, millions of Americans will flock to the beach to beat the heat, but with increased beach patronage comes an uptick in pollution on our shores, composed in part by un-recycled plastic water bottles. That’s why Food & Water Watch (FWW) and the Surfrider Foundation launched an initiative to protect our shores and oceans from plastic pollution. Those participating will pledge to choose tap water in reusable containers over bottled water at the beach this summer.

“From destructive fishing practices to global warming, our planet’s oceans are in trouble, and turning them into giant trashcans for the bottled water industry’s waste is only exacerbating the problem,” said FWW Executive Director Wenonah Hauter. “But consumers can help protect our oceans by not littering the shores, and one easy way to do that is to choose tap water over bottled, particularly when they’re hitting the beach.

Worldwide, plastic is the most common type of marine litter, according to the Surfrider Foundation. An estimated 100,000 marine mammals and up to 1 million sea birds die every year after ingesting or becoming entangled in plastic marine litter. Plastics comprise up to 90 percent of floating marine debris.

About 77 percent of polyethylene terephthalate (PET) plastic water bottles are not recycled, with 4 billion pounds of plastic going to landfills, costing municipalities at least $98 million a year, according to research released Monday by FWW. The report also found that although Nestlé Water’s total bottled water sales fell by 31 percent between 2007 and 2012, bottled water still continues to pose significant environmental, economic and equity issues in the U.S. and worldwide. In that time, Nestlé Water’s sales increased by 73 percent in emerging markets. This is due in part to the fact that its latest marketing schemes target recent immigrants and low-income consumers.

But contrary to the industry’s advertising claims, bottled water is not necessarily a purer, safer or healthier alternative to tap water, and is actually subject to less stringent regulation. Federal law does not give the Food and Drug Administration (FDA) the authority to oversee state regulation of bottled water, but requires that the U.S. Environmental Protection Agency (EPA) oversee state regulation of tap water. Unlike the FDA, the EPA regulates tap water under the Safe Drinking Water Act.

Rather than funding the disposal of bottled water waste, FWW recommends that the federal government invest in improving public water infrastructure. “While ditching bottled water will help clean up our oceans and save consumers money, our nation’s drinking water systems are still woefully underfunded. Congress should declare water a universal human right, and it should establish a Clean Water Trust Fund to provide steady, dedicated funding for community water systems so consumers can enjoy safe, clean affordable water from the ever-convenient tap,” concluded Hauter.