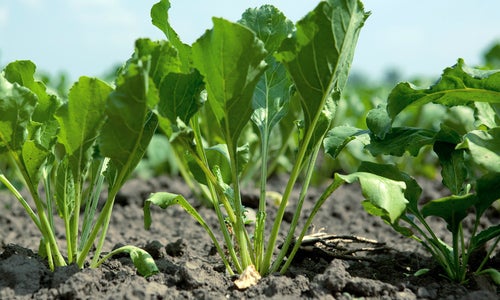 A scientist in the Netherlands is turning plant waste into a potential substitute for environmentally unsustainable proteins like meat, dairy and soy. The Dutch government commissioned Peter Geerdink, a food scientist at TNO, to identify a use for the 3 million tons of beet sugar leaves produced each year and left to rot after the beets themselves are harvested. The result of his work is a vegan gluten-free plant-based protein extracted from the pressed green juice of sugar beet leaves that, according to Geedink, is as versatile as a chicken egg. 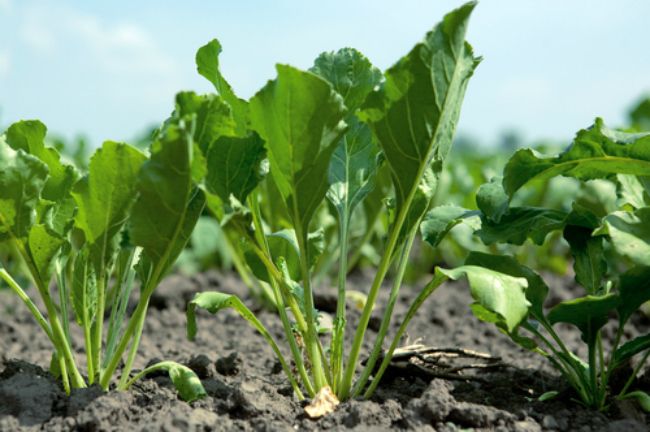 A Dutch scientist has created a process for turning sugar beet leaves into protein.

The amount of land and water required to raise livestock puts a major strain on our air and water quality and ocean health by depleting resources and ramping up greenhouse gas emissions regionally and globally. In fact, eating less meat and dairy has been identified as a factor in curbing climate change.

Joining a number of meat and dairy alternatives on the market today, Geerdink’s new sugar beet leaf protein could be processed in many ways as a substitute for animal proteins. “It can be used as a substitute for soy in veggie burgers, for example. But I’ve also made delicious cookies with it,” he said. “There’s not much flavor to the protein itself, but the protein adds a texture to veggie burgers that is lacking with soy, and which makes for a much beefier bite.”

So will you be seeing sugar beet protein on store shelves in the U.S. any time soon? Geerdink thinks it’s unlikely, saying it will be a few years before it even appears in supermarkets in the Netherlands.

The highly controversial crop was introduced in 2005 with Monsanto’s Roundup-Ready sugar beet seeds which were then banned in 2010 by U.S. District Judge Jeffrey S. White pending a U.S. Department of Agriculture (USDA) study on the potential consequences of the plants. The ban was lifted after Monsanto successful argued before the Supreme Court for the USDA to partially deregulate GMO sugar beets while the study is completed. In 2012, the USDA approved genetically modified sugar beets for agricultural use, and they account for more than half of all sugar production in the U.S. today.