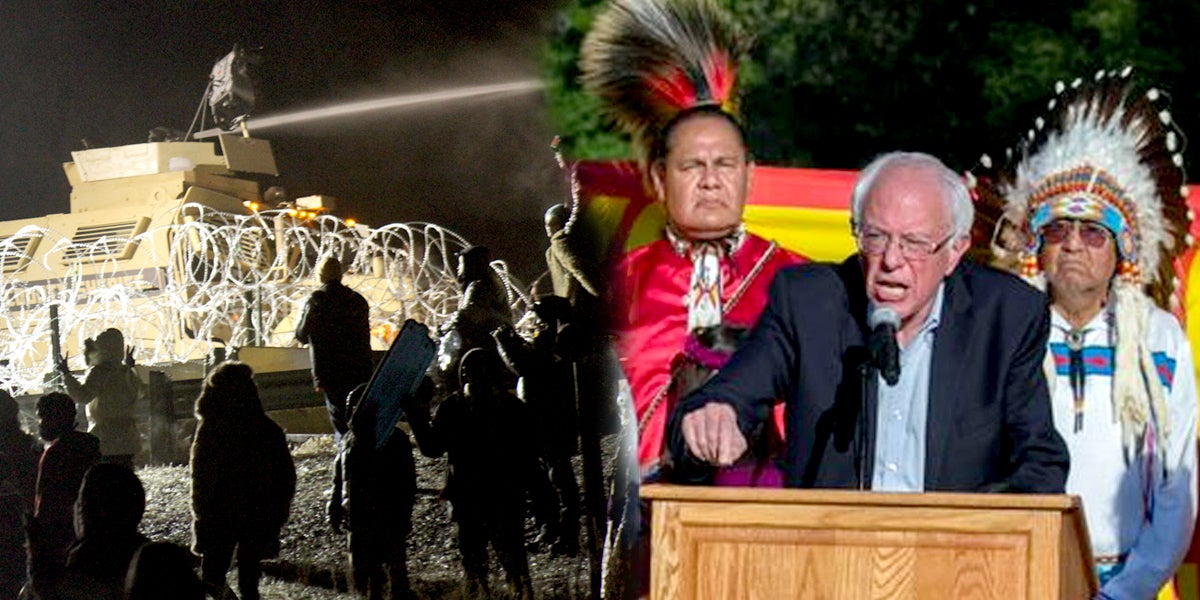 Water protectors in North Dakota filed on Monday a class-action lawsuit against Morton County, Sheriff Kyle Kirchmeier and other law enforcement agencies for using excessive force the night of Nov. 20, when peaceful demonstrators were trapped on a bridge and assaulted with impact munitions. 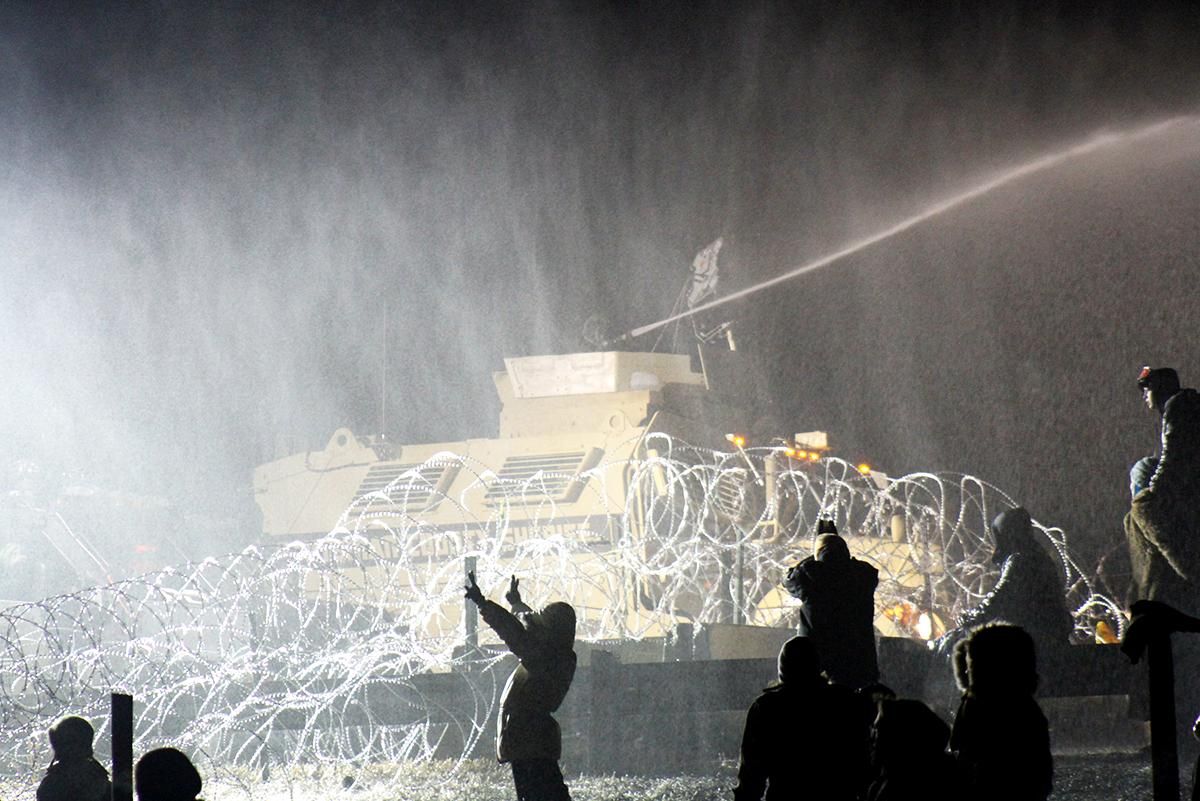 The lawsuit seeks to block the Morton County Sheriff’s Department and other police agencies from using such weapons—including rubber bullets, water cannons, teargas grenades and other weapons—against the protectors. The suit, brought by the Water Protector Legal Collective, a project of the National Lawyers Guild, was filed on behalf of people injured on Nov. 20 and the early morning of Nov. 21 as police descended on the Dakota Access Pipeline (DAPL) protest camps.

Among the plaintiffs is Jade Kalikolehuaokakalani Wool, who was hospitalized after two flash-bang grenades exploded near her, sending shrapnel into her head. Another, David Demo, who was filming the raid, was blasted with a water cannon and shot in the hand with a munition, breaking several bones and sending him to the hospital for reconstructive surgery. Israel Hoagland–Lynn was shot in the back of the head with a munition and needed 17 staples for the wound. Many others were also sprayed with water cannons, tear gassed, and shot with munitions, and several were hospitalized.

A judge will now decide whether to approve class-action status for the lawsuit.

In a declaration to the court, Vanessa Dundon, a Navajo Nation member from Arizona, described watching protectors removing barricades erected by police to prevent pipeline opponents from reaching other camps and the Standing Rock Sioux reservation in Bismarck and Mandan. As they worked to push the barriers out of the way, the police responded suddenly and aggressively, she said.

“I did not have time to move to avoid being hit by the [tear gas] canister,” she said. “I instinctively closed my eyes and was struck in the right eye by the canister … My eye was bleeding so much that I could not see and I was worried my eyeball was hanging out.”

Water Protector Legal Collective lawyer Rachel Lederman said Monday, “The civil rights violations that night were deliberate and punitive. The Morton County Sheriff’s Department’s illegal use of force against the water protectors has been escalating. It is only a matter of luck that no one has been killed. This must stop.”

Water protectors have been resisting the construction of the four-state, 1,170-mile-long oil pipeline since April, setting up long-term shelters along the project’s route in North Dakota. The lawsuit came the same day Gov. Jack Dalrymple ordered the protectors’ expulsion. On Monday afternoon, Dalrymple called for an “emergency evacuation” of the DAPL camps, citing cold weather. Standing Rock Sioux chairman David Archambault III called the order “a menacing action meant to cause fear.”

“[T]he most dangerous thing we can do is force well-situated campers from their shelters and into the cold,” Archambault said. “If the true concern is for public safety than the Governor should clear the blockade and the county law enforcement should cease all use of flash grenades, high-pressure water cannons in freezing temperatures, dog kennels for temporary human jails, and any harmful weaponry against human beings.”

While former Secretary of State Hillary Clinton remained silent on the ongoing fight against the $3.8 billion Dakota Access Pipeline at Standing Rock in North Dakota, Vermont Sen. Bernie Sanders has been a vocal supporter of the water protectors. As winter sets in and the water protectors continue their struggle to stop the pipeline, Democracy Now!’s Amy Goodman asked Sanders about the Dakota Access Pipeline struggle at a sit-down interview at the Free Library of Philadelphia on Monday night.