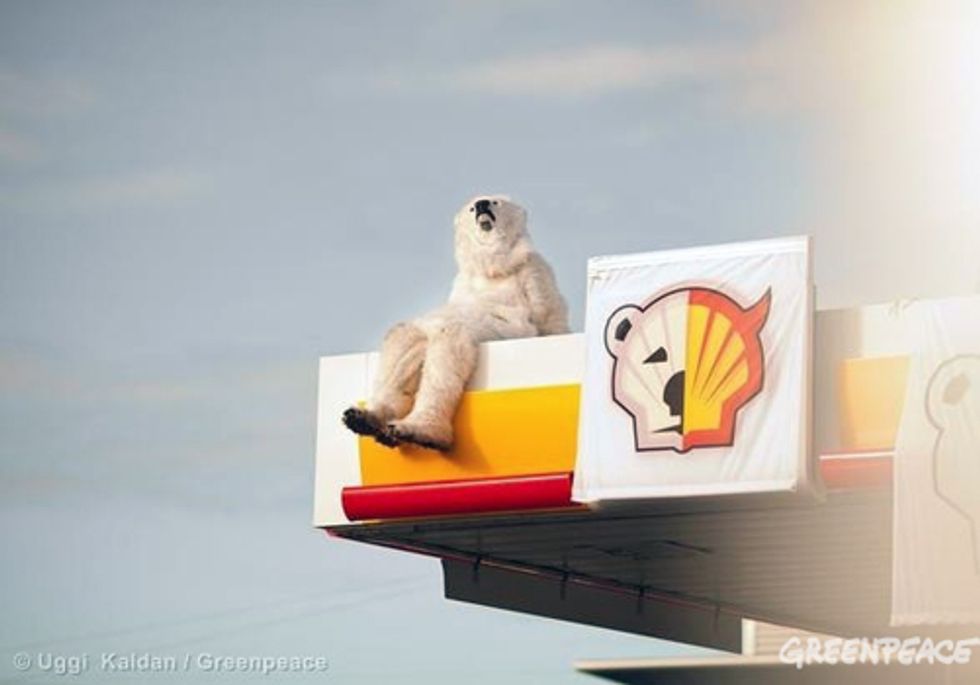 For more than six months, huge numbers of people have been pressuring Shell to stay out of the Arctic. Yesterday, company bosses announced they were scrapping their oil drilling program for this year. It's a huge victory for people power.

Protests against Shell started six months ago in New Zealand, when Lucy Lawless climbed and occupied Shell's Noble Discoverer rig, as it started its long journey up to drill in the Arctic. As Lucy said, "six activists went up, but 133,000 came down."

But that was only the beginning.

As thousands of people spread the word of the unparalleled insanity that is Arctic drilling, more and more people became involved.

When Penelope Cruz, Sir Paul McCartney and One Direction joined the growing voices calling out for Arctic protection it was obvious that this movement was going to keep growing.

As one of the world's biggest oil companies, Shell was set to lead the pack and spark the Arctic oil rush. But finally admitted defeat for 2012.

With the eyes of two million people on them, Shell executives knew that any mistakes would be noticed. And yesterday they admitted yet another one. A special dome which was designed to clean up after a spill has been damaged. That means the end of the project for this year.

By shining a light in the far frozen corners of this planet, together we've helped keep risky oil drilling out of the Arctic—for this year.

The significance of Shell stopping oil drilling is hard to overestimate. After sinking five billion dollars into its failing program, other oil giants are now questioning the logic of Arctic drilling. Only a few days ago, the Norwegian company Statoil said it was going to wait and see how Shell gets on in the Arctic.

Thank you to the thousands of volunteers around the world on high streets, petrol stations, universities and places of work who've shown what a movement can do.

This is a huge step forward in our campaign, but we need to build on it to make sure we keep the Arctic protected from all oil drillers, for good.

If you're one of the two million who've joined the Greenpeace campaign to save the Arctic—now is a time to celebrate what you’ve achieved against one of the most powerful corporations on the planet. If you're not, join to make the movement even stronger: savethearctic.org.