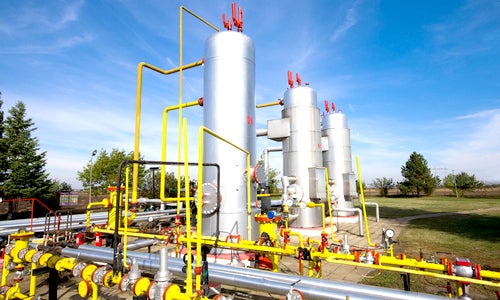 After analyzing data and commentary from producers, pipeline operators, equipment vendors, service providers and more, the Environmental Defense Fund (EDF) and ICF International conclude that the onshore oil and gas industry could collectively reduce methane emissions by at least 40 percent below 2018 projections.

According to a report released Monday, the organizations say that could be accomplished by adopting nearly a dozen emissions control strategies across 19 different sources within five years. The most economical of these measures could save the industry a combined $164 million per year.

As people across the country continue advocating for fracking bans, methane emissions are one of the main problems associated with this dangerous practice. For example, there are more than 51,000 fracking wells that leak methane in Colorado, the state where groups recently launched a state ballot initiative that would give residents control over whether to allow fracking in their communities.

The report’s suggested measures include shifting to lower-emitting valves—or pneumatics—that control routine operations, as well as improving leak detection and repair to reduce unintended methane leaks from equipment, which are also known as “fugitives.”

“Even absent methane leaks—which countless studies show are very significant—natural gas cannot save us from climate catastrophe,” said John Armstrong of Frack Action. “As studies looking only at the carbon dioxide footprint of natural gas have shown, continuing and expanding natural gas production is a one-way street to calamity. Further, fracking contaminates people’s water, poisons their air and makes them sick.

“All told, fracking is an inherently bad technology and not a solution to our climate problem.”

After taking a look at the report, Colorado environmental activist Gary Wockner said that the savings earned from controlling some leaks likely would not be enough to combat emissions from so many fracking wells in his state.

“If EDF really wants to address the global threat of climate change, they need to support fracking bans and a massive shift away from all fossil fuels,” he said.

Here are a few of the study’s key conclusions:

“ICF’s in-depth analysis points out the vast potential this nation has to address one of the key environmental issues confronting U.S. oil and gas development,” EDF President Fred Krupp said. “We now have a clear path to protecting American communities and the global climate from methane pollution—and it turns out to be an extremely low-cost path.

“This report is a call to action for common-sense policymaking and accelerated industry leadership starting now.”