Study Shows Crows Are as Smart as Seven-Year-Olds 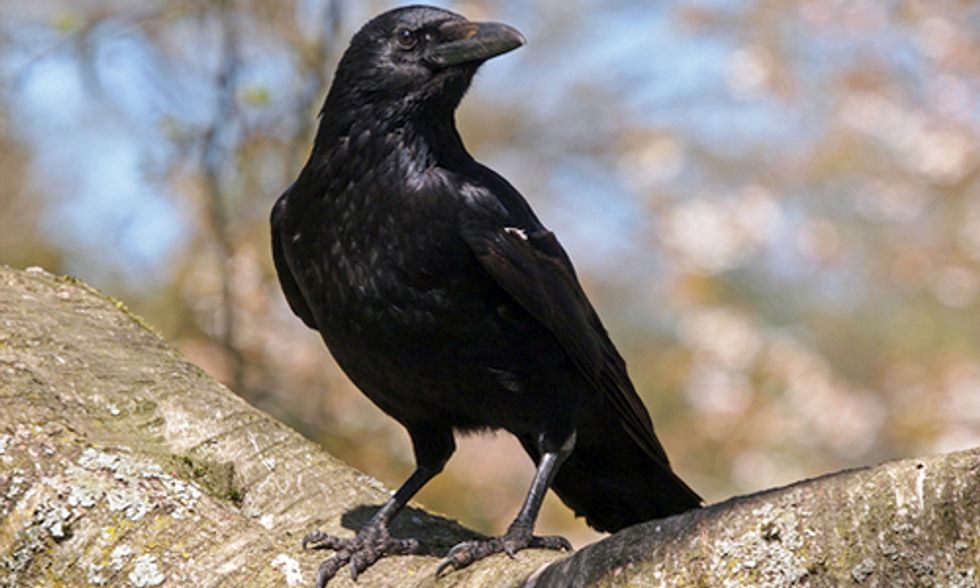 Remember that old Aesop’s fable about the crow and the pitcher? The one in which a desperately thirsty crow figured out that if he dropped enough pebbles into the long-necked pitcher, he could raise the water level high enough to allow him to drink?

Scientists just proved that crows can really do that.

Crows are brilliant birds. Researchers have validated that point over and over again. We know they can make and use tools, conspire together by conveying information to other crows, and remember things like locations where people shot at them years before. They can even remember your face and tell other crows who you are. Think about that one for a while. Don’t anger a crow. She will remember you—and you don’t want that.

Now scientists have proved that crows are about as smart as a seven-year-old kid, in certain contexts. They published their findings in the journal PLOS ONE.

Because it’s not a natural behavior for them, scientists first spent some time training six New Caledonian crows to pick up small rocks and stones and drop them into tubes. The crows’ natural affinity for tool use made this relatively easy.

Then they conducted a series of experiments which children had earlier completed after similar training. The tests done included:

Successful completion of four of six of these tasks, according to the research team, means crows have a basic but definite understanding of causal relationships.

The study concluded that, “New Caledonian crows possess a sophisticated, but incomplete, understanding of the causal properties of displacement, rivalling that of five–seven year old children.”

That’s rather impressive, isn’t it?  Sorry, pretty songbirds. Crows have the Avian Awesomeness category all wrapped up.

Unfortunately, even though they’re the smartypants of the bird world, we give short shrift to crows.

“People tend not to like crows, because they have this fiendish look to them and they’re black and they like dead prey,” Dr. Louis Lefebvre of McGill University told the BBC. “Warblers and the birds that people tend to like are not the high innovators.”

Maybe that’s why people participate in sad and ridiculous events like New York’s “Crow Down.” Why is there any joy associated with killing a crow, or any animal for that matter?

Time and again, researchers demonstrate that animals are so much more intelligent than we give them credit for. Whether they’re elephants that use teamwork to solve problems, pigs that can play video games with a joy stick, dolphins that teach tricks to each other, chimpanzees that can beat humans in short-term memory tests, or crows that can solve causal relationship problems, there’s an astounding abundance of savvy animal activity going on all around us.

Why then do we continue to hunt them, harass them, destroy their habitat and otherwise harm them? We do it because we can, but not because it’s right. Perhaps we’re learning—slowly—that we share this earth with other animals. They have as much right to live here in peace as we do. Can’t we just let them do that?