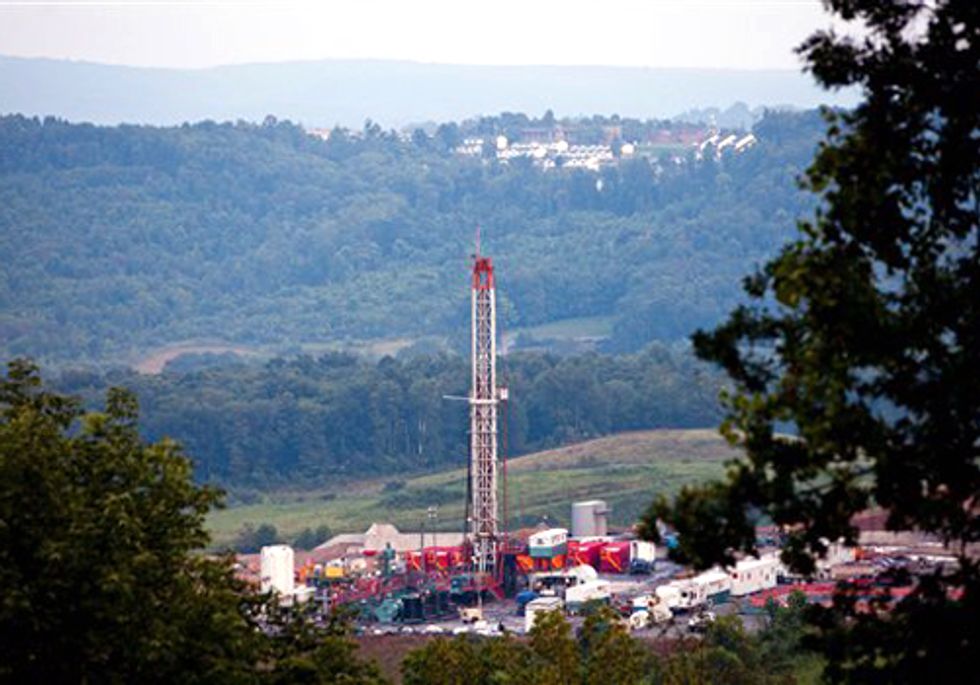 In a new study, researchers from the Colorado School of Public Health have shown that air pollution caused by hydraulic fracturing or fracking may contribute to acute and chronic health problems for those living near natural gas drilling sites.

"Our data show that it is important to include air pollution in the national dialogue on natural gas development that has focused largely on water exposures to hydraulic fracturing," said Lisa McKenzie, Ph.D., MPH, lead author of the study and research associate at the Colorado School of Public Health.

The study will be published in an upcoming edition of Science of the Total Environment.

The report, based on three years of monitoring, found a number of potentially toxic petroleum hydrocarbons in the air near the wells including benzene, ethylbenzene, toluene and xylene. Benzene has been identified by the U.S. Environmental Protection Agency as a known carcinogen. Other chemicals included heptane, octane and diethylbenzene but information on their toxicity is limited.

"Our results show that the non-cancer health impacts from air emissions due to natural gas development is greater for residents living closer to wells," the report said. "The greatest health impact corresponds to the relatively short-term, but high emission, well completion period."

That's due to exposure to trimethylbenzenes, aliaphatic hydrocarbons, and xylenes, all of which have neurological and/or respiratory effects, the study said. Those effects could include eye irritation, headaches, sore throat and difficulty breathing.

"We also calculated higher cancer risks for residents living nearer to the wells as compared to those residing further [away]," the report said. "Benzene is the major contributor to lifetime excess cancer risk from both scenarios."

The report, which looked at those living about a half-mile from the wells, comes in response to the rapid expansion of natural gas development in rural Garfield County, in western Colorado.

Typically, wells are developed in stages that include drilling followed by hydraulic fracturing, the high powered injection of water and chemicals into the drilled area to release the gas. After that, there is flowback or the return of fracking and geologic fluids, hydrocarbons and natural gas to the surface. The gas is then collected and sold.

Garfield County asked the Colorado School of Public Health to assess the potential health impacts of these wells on the community of Battlement Mesa with a population of about 5,000.

McKenzie noted that EPA standards are designed to be public health proactive and may overestimate risks.

"However, there wasn't data available on all the chemicals emitted during the well development process," she said. "If there had been, then it is entirely possible the risks would have been underestimated."

The report concludes that health risks are greater for people living closest to wells and urges a reduction in those air emissions.

McKenzie said future studies are warranted and should include collection of area, residential and personal exposure data where wells are operating. Additional studies, she said, should also examine the toxicity of other hydrocarbons associated with natural gas development.

The Colorado School of Public Health is the first and only accredited school of public health in the Rocky Mountain Region, attracting top tier faculty and students from across the country, and providing a vital contribution towards ensuring our region's health and well-being. Collaboratively formed by the University of Colorado Denver, Colorado State University, and the University of Northern Colorado, the Colorado School of Public Health provides training, innovative research and community service to actively address public health issues, including chronic disease, access to health care, environmental threats, emerging infectious diseases and costly injuries.