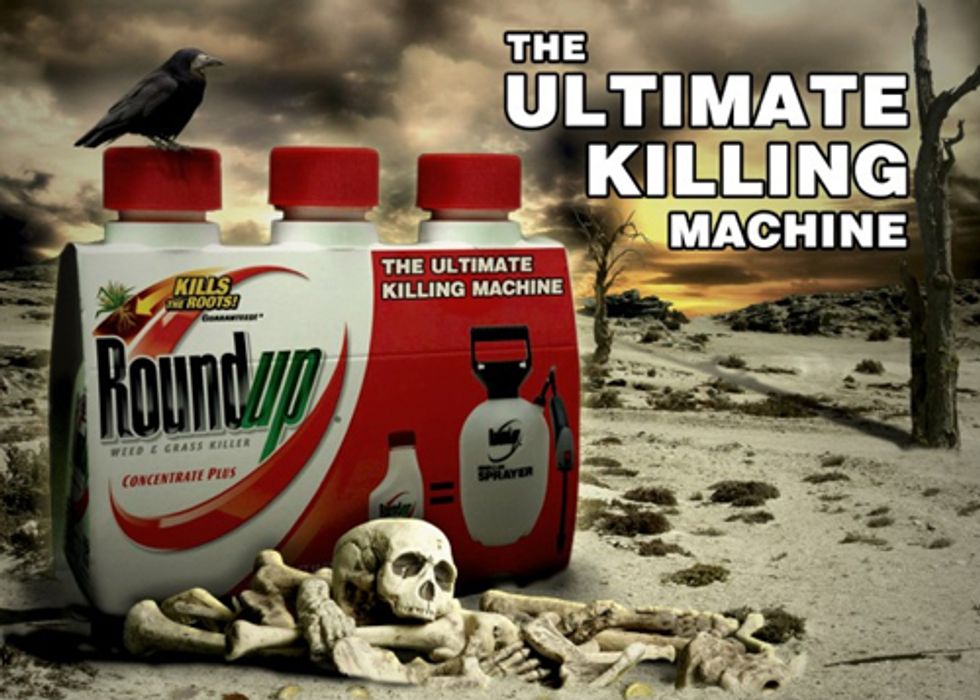 A new review of hundreds of scientific studies surrounding glyphosate—the major component of Monsanto’s Roundup herbicide—sheds light on its effects within the human body. The paper describes how all of these effects could work together, and with other variables, trigger health problems in humans, including debilitating diseases like gastrointestinal disorders, diabetes, heart disease, obesity, Parkinson's and Alzheimer’s disease.

Glyphosate impairs the cytochrome P450 (CYP) gene pathway, which creates enzymes that help to form and also break down molecules in cells. There are myriad important CYP enzymes, including aromatase (the enzyme that converts androgen into estrogen) and 21-Hydroxylase, which creates cortisol (stress hormone) and aldosterone (regulates blood pressure). One function of these CYP enzymes is also to detoxify xenobiotics, which are foreign chemicals like drugs, carcinogens or pesticides. Glyphosate inhibits these CYP enzymes, which has rippling effects throughout our body.

Because the CYP pathway is essential for normal functioning of various systems in our bodies, any small change in its expression can lead to disruptions. For example, humans exposed to glyphosate have decreased levels of the amino acid tryptophan, which is necessary for active signaling of the neurotransmitter serotonin. Suppressed serotonin levels have been associated with weight gain, depression and Alzheimer’s disease.

This paper does not claim to yield new scientific discoveries. Instead, it looks at older studies in a new light. Critics will say the links between glyphosate and health problems made in this paper are purely correlational, but this work is important because it brings all of the possible health effects of glyphosate together and discusses what could happen: something the U.S. Department of Agriculture, U.S. Environmental Protection Agency and the Food and Drug Administration have failed to do.

Just as Monsanto attempted to discredit scientist Gilles-Eric Seralini’s study on rats fed genetically engineered corn, the company called this peer-reviewed journal article “another bogus study” due to its “bad science.” In a classic pot-calling-the-kettle-black scenario, what Monsanto doesn’t mention is that the majority of research showing glyphosate’s safety has been done by Monsanto itself, which could be called bad science as well due to its limited and biased nature.

The authors of the new review call for more independent research to validate their findings, stating that “glyphosate is likely to be pervasive in our food supply, and contrary to being essentially nontoxic, it may in fact be the most biologically disruptive chemical in our environment.” If the body of independent research on GE foods and the herbicides used with them shows one thing, it is that there are unanswered questions begging for unbiased research. And while these questions remain unanswered, Americans have the right to know how their food was produced.