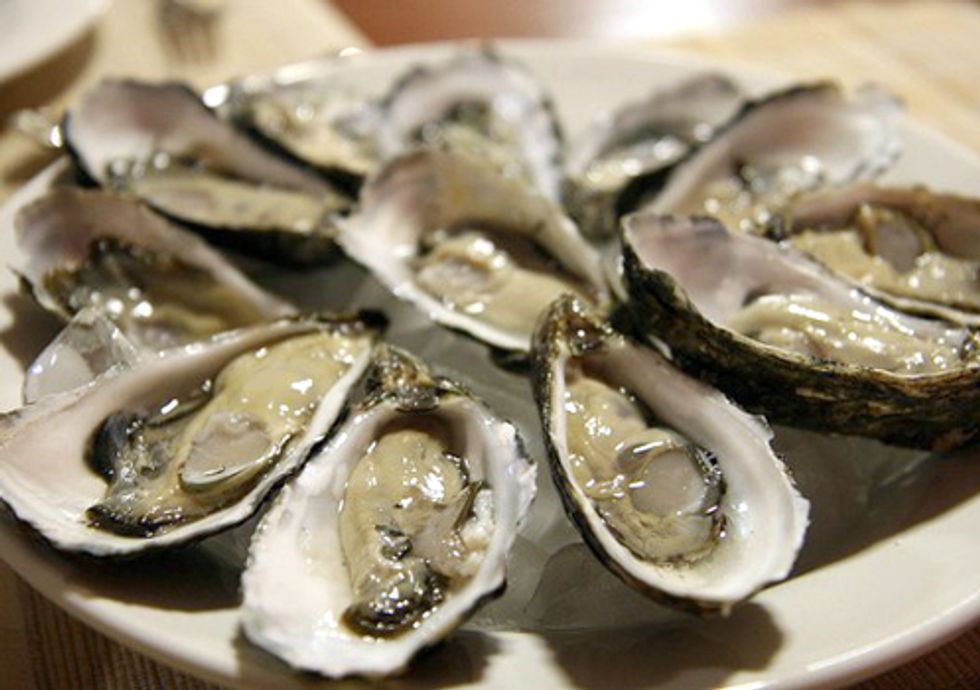 A new study confirms the link between massive oyster die-offs in the Pacific Northwest and ocean acidification caused by carbon dioxide emissions. Since 2006, there have been widespread failures of natural and farmed oysters in Washington and Oregon. The research results, just released, are the first to clearly show how ocean acidification affects oysters at a critical life stage.

“Oyster die-offs are an unmistakable warning that our oceans are in trouble and we’ve got to cut the carbon pollution if we want to have oysters, corals and whales,” said Miyoko Sakashita, oceans director for the Center for Biological Diversity, which last week petitioned the White House and U.S. Environmental Protection Agency (EPA) to develop a national plan to address ocean acidification.

The study, published in Limnology and Oceanography on Tuesday, links the adverse impacts on baby oysters to waters with elevated carbon dioxide. It shows that baby oysters have difficulty building shells and growing in corrosive waters. Researchers studied oysters at Oregon’s Whiskey Creek Hatchery in 2009 after reported oyster production failures, looking closely at the ambient coastal waters that bathed the shellfish. For several continuous years, oyster production has collapsed by as much as 80 percent at the Pacific Northwest’s largest shellfish farms.

“I think that the clear take-home message from this research is that for the oceans the Pacific Oyster larvae are the ‘canaries in the coal mines’ for ocean acidification. When the CO2 levels in the ocean are too high, they die; when we lower the CO2 levels, they live,” said Richard A. Feely, a co-author of the study and senior scientist at the National Oceanic and Atmospheric Administration.

“The harm that acidification brings to oysters confirms what we’ve been telling the EPA all along: Our coastal waters are quickly becoming inhospitable for the animals that live there. This agency needs to heed the warning and take bold action to address ocean acidification now,” said Sakashita.

Each day the oceans absorb 22 million tons of carbon dioxide pollution from cars and industry, setting off an unprecedented chemical reaction that, since the Industrial Revolution, has made the world’s oceans 30 percent more acidic.

Today, ocean acidification is making it hard for animals such as corals and oysters to grow and survive. It’s also eroding the shells of tiny plankton that form the basis of the marine food web—which, left unchecked, will result in large-scale problems up the food chain for sea stars, salmon, sea otters, whales and ultimately humans, many of whom rely on seafood to survive.

A conservative estimate of the damage our oceans will face from emissions-related problems—including impacts on fisheries, sea-level rise and tourism, as well as storm costs—amounts to $428 billion a year by 2050 and nearly $2 trillion per year by the century’s end.

For more information about ocean acidification, its wildlife and regional impacts, and what the Center for Biological Diversity is doing, click here.