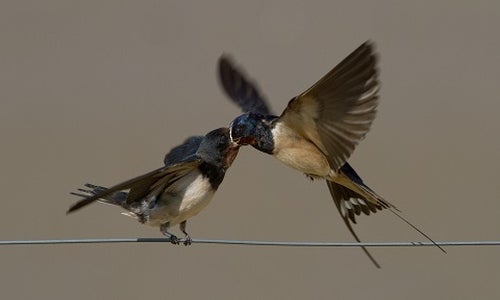 In addition to previous research on the direct impacts of pesticides on pollinators and other beneficials, a recent study published by Dutch scientists establishes an additional indirect link between neonicotinoid use and insect-eating birds. The report, which came out on Wednesday, provides evidence that neonicotinoids, a class of systemic pesticides, are indirectly hurting larger creatures by reducing insect prey populations such as mosquitoes and beetles. 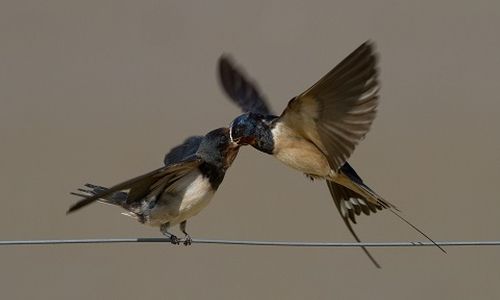 Researchers found that in certain areas of the Netherlands where water is contaminated with high concentrations of imidacloprid, a commonly used neonicotinoid, bird populations tend to decline by an average of 3.5 percent every year. Further analysis found that this spatial pattern of decline appeared only after the introduction of imidacloprid to the Netherlands in the mid-1990s, even after correcting for land-use changes that have been known to affect bird populations in farmland.

“To our surprise we did find a very strong effect on birds”, said lead author of the study, Caspar Hallmann, a Ph.D. student from Radboud University in the Netherlands, to Reuters. In fact, according to the study, which was published in the journal Nature, nine of 15 bird species studied only eat insects and all feed insects to their young. Hallmann added, “We cannot say this is proof (that the pesticide causes the decline in bird numbers) but we cannot explain the… decline of birds by any other factors.” The study also looked into other possible causes like pollution.

Bayer CropScience issued a speedy response expressing disagreement with the study findings. The company writes that the study did not “demonstrate that there is a causal link between the use of neonicotinoids and the development of bird populations in Europe.” The company went on to say that neonicotinoids “have gone through an extensive risk assessment which has shown that they are safe to the environment when used responsibly according to the label instructions.” The company, along with Syngenta, has been accused of forestalling attempts to ban neonicotinoids via the proposal of bee health plans that call for more research, implementing agricultural best management practices and planting new habitat. These solutions fail to address the real problem that their products are highly toxic to bees.