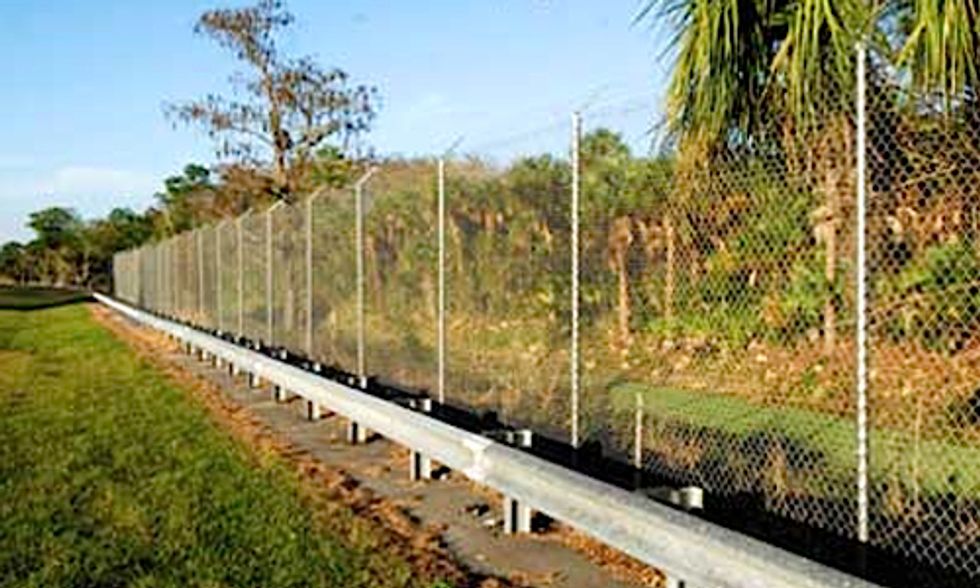 Wildlife fences are constructed for a variety of reasons including to prevent the spread of diseases, protect wildlife from poachers and to help manage small populations of threatened species. Human–wildlife conflict is another common reason for building fences: wildlife can damage valuable livestock, crops, or infrastructure, some species carry diseases of agricultural concern and a few threaten human lives.

At the same time, people kill wild animals for food, trade, or to defend lives or property, and human activities degrade wildlife habitat. Separating people and wildlife by fencing can appear to be a mutually beneﬁcial way to avoid such detrimental effects. But in a paper published today in the journal Science, Wildlife Conservation Society and Zoological Society of London scientists review the pros and cons of large scale fencing and argue that fencing should often be a last resort.

Although fencing can have conservation benefits, it also has costs. When areas of contiguous wildlife habitat are converted into islands, the resulting small and isolated populations are prone to extinction, and the resulting loss of predators and other larger-bodied species can affect interactions between species in ways that cause further local extinctions, a process which has been termed “ecological meltdown.”

“In some parts of the world, fencing is part of the culture of wildlife conservation—it’s assumed that all wildlife areas have to be fenced,” said Rosie Woodroffe of Zoological Society of London and lead author of the study. “But fencing profoundly alters ecosystems, and can cause some species to disappear. We’re asking that conservationists as well as other sectoral interests carefully weigh up the biodiversity costs and benefits of new and existing fences.”

In addition to their ecosystem-wide impact, fences do not always achieve their specific aims. Construction of fences to reduce human-wildlife conflict has been successful in some places but the challenges of appropriate fence design, location, construction and maintenance mean that fences often fail to deliver the anticipated benefits. Ironically, in some places, fences also provide poachers with a ready supply of wire for making snares.

“A variety of alternative approaches—including better animal husbandry, community-based crop-guarding, insurance schemes and wildlife-sensitive land-use planning—can be used to mitigate conﬂicts between people and wildlife without the need for fencing," said co-author Simon Hedges of Wildlife Conservation Society. “WCS projects working with local people and government agencies have shown that human–elephant conflict can be dramatically reduced without using fences in countries as different as Indonesia and Tanzania.”

“An increased awareness of the damage caused by fencing is leading to movements to remove fences instead of building more,” said co-author Sarah Durant of the Zoological Society of London. “Increasingly, fencing is seen as backwards step in conservation.”

The desire to separate livestock from wildlife in order to create zones free from diseases such as foot and mouth has resulted in extensive fencing systems, particularly in southern Africa. Some of these fences have had devastating environmental effects. Fortunately, it is increasingly recognized that a combination of improved testing, vaccination and standardized approaches to meat preparation can prevent spread of diseases without the need to separate cattle from wildlife by fencing.

The authors conclude that as climate change increases the importance of facilitating wildlife mobility and maintaining landscape connectivity, fence removal may become an important form of climate change preparedness, and so fencing of wildlife should be avoided whenever possible.

Eco Euphemisms That Confuse Our Understanding of Environmental Destruction