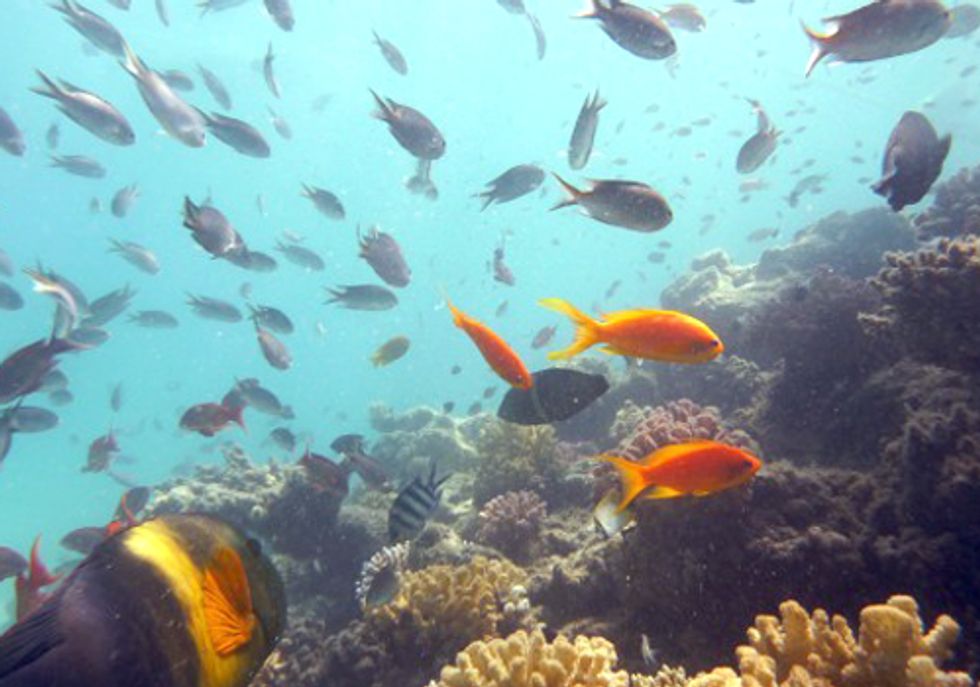 The study, published in Nature Climate Change, examined rising ocean temperatures over the past five decades and compared them with a dozen different models used to project climate change.

It found that while 10 percent of the rising temperatures could be blamed on natural variations, man-made greenhouse gases were the major cause.

The researchers looked at the average temperature in the upper layers of the ocean—from the surface to 700 meters—and found global average ocean warming of around 0.025°C per decade, slightly more than one tenth of a degree warming over 50 years.

The researchers say this kind of warming would not have been possible without human impacts.

Scientists believe that the oceans absorb around 90 percent of atmospheric heat—warning that as temperatures in the atmosphere rise, ocean warming will also become an increasing problem.

Ocean warming has been blamed for events such as coral bleaching. Scientists are also concerned about the impact of fish and plant species from warming oceans—particularly Krill which like to breed in particularly cold water near sea ice.

Sub-surface, deeper ocean warming was noticeably less than the observed Earth surface warming—mainly due to the relatively slow transfer of ocean surface warming to lower depths, according to the researchers.

The latest report, a collaboration from researchers across America, India, Japan and Australia is said to be the most comprehensive look at how the oceans have warmed to date.