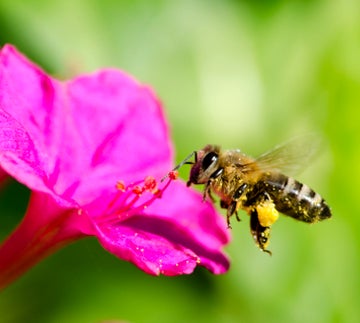 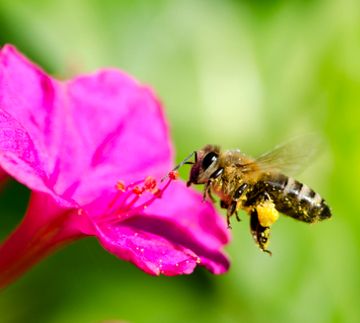 Today, the British Beekeepers Association (BBKA) announced the results of its latest annual winter survival survey which show that the number of honey bee colonies lost over the winter was more than double that of the previous year, with all regions in England showing increased losses.

The overwinter survival of honey bee colonies is a composite measure of their fitness and the effect of various factors such as colony nutrition and the skill and experience of the beekeeper.

On average 33.8 colonies in every 100 were lost compared with 16.2 in the winter of 2011-2012. The losses principally reflect the impact of the continual poor and changeable weather during 2012 continuing into 2013 and exacerbated by the late arrival of spring. It is feared that the situation may have worsened since the survey closed at the end of March given the ongoing poor weather and the late arrival of spring.

The poor summer of 2012 meant that honey bees were regularly prevented from gathering pollen and foraging and when they could, there was a general scarcity of pollen and nectar throughout the season. Virgin queens were unable to mate properly leading them to become drone laying queens and causing those colonies affected to die-out.

The survey of BBKA members measures the number of their colonies that survived the winter to March 31, 2013 compared with the number alive at Oct. 1, 2012.

The honey bee is the only bee to maintain a colony throughout the winter reducing its colony size in autumn and relying on its stores of honey to last it through the winter months when it is too cold for foraging or there is no forage available. In winter, worker bees can live for up to five or six months. In the summer, worker bees only live for around six weeks. Honey bee queens live for three to four years but cannot survive without worker bees. In other species of bees or wasps only the queen survives by hibernating through the winter months.

Honey bee colonies which are in a poor nutritional state become more vulnerable to disease and other stress factors.

David Aston, BBKA chairman explains, “Those honey bee colonies which have survived the winter and are now prospering have done so in the main due to the careful nurturing through the winter by beekeepers who have spent much time and effort feeding and carrying out frequent checks on hives, incurring significant additional expense meeting the need to continually feed their bees.

“The training and education of beekeepers to be able to adapt their beekeeping practices to help their honey bees cope with this period of changing weather patterns is a high priority for all beekeeping associations.”