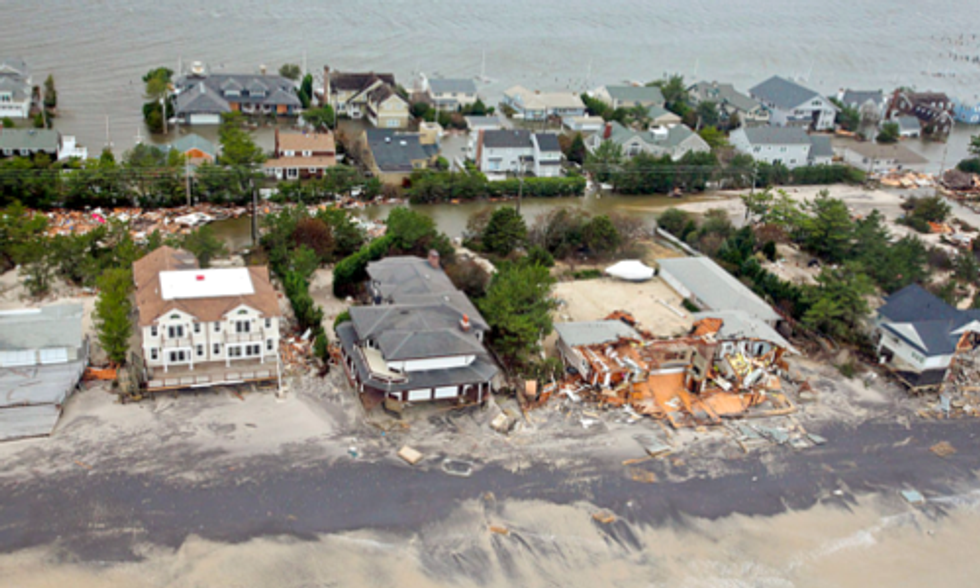 Coastal regions may face massive increases in damages from storm surge flooding over the course of the twenty-first century. According to a new study published in the Proceedings of the National Academy of Sciences, global average storm surge damages could increase from about $10-40 billion USD per year today to up to $100,000 billion USD per year by the end of century, if no adaptation action is taken.

The study lead by the Berlin-based think-tank Global Climate Forum (GCF) presents, for the first time, comprehensive global simulation results on future storm surge damages to buildings and infrastructure. Drastic increases in these damages are expected, on one hand, due to rising sea-levels and, on the other hand, due to population and economic growth. Asia and Africa may be particularly hard hit because of their rapidly growing coastal mega-cities, such as Shanghai, Manila or Lagos.

“If we ignore this problem, the consequences will be dramatic,” explained Jochen Hinkel from GCF and the study's lead author. In 2100, up to 600 million people (around five percent of the global population) could be affected by coastal flooding if no adaptation measures are put in place.

“Countries need to take action and invest in coastal protection measures, such as building or raising dikes, amongst other options,” urged Hinkel.

Prompt action is needed most in Asia and Africa, where today large parts of the population are already affected by storm surge flooding. Yet even Germany must invest in coastal protection. It is not only dikes that are needed however. Alternative and more flexible coastal protection measures that better fit the natural environmental should also be developed. Examples of such alternatives to dikes are the reintroduction of mangrove forests, the rehabilitation of coastal dunes or artificial oyster banks. Meeting the challenge of adapting to rising sea-levels will not be easy.

Adding to the challenge, international finance mechanisms have thus far proved sluggish in mobilizing funds for adapting to climate change, as the debate on adaptation funding at the recent climate conference in Warsaw once again confirmed.

“If we do not reduce greenhouse gases swiftly and substantially, some regions will have to seriously consider relocating significant numbers of people in the longer run,” Hinkel said.

Yet regardless of how much sea-level rise climate change brings, careful long-term regional and urban planning can ensure that development in high-risk flood zones is avoided. This long-term perspective is however a challenge to bring about, as coastal development tends to be dominated by short-term interests of, for example, real-estate and tourism companies, which prefer to build directly at the waterfront.