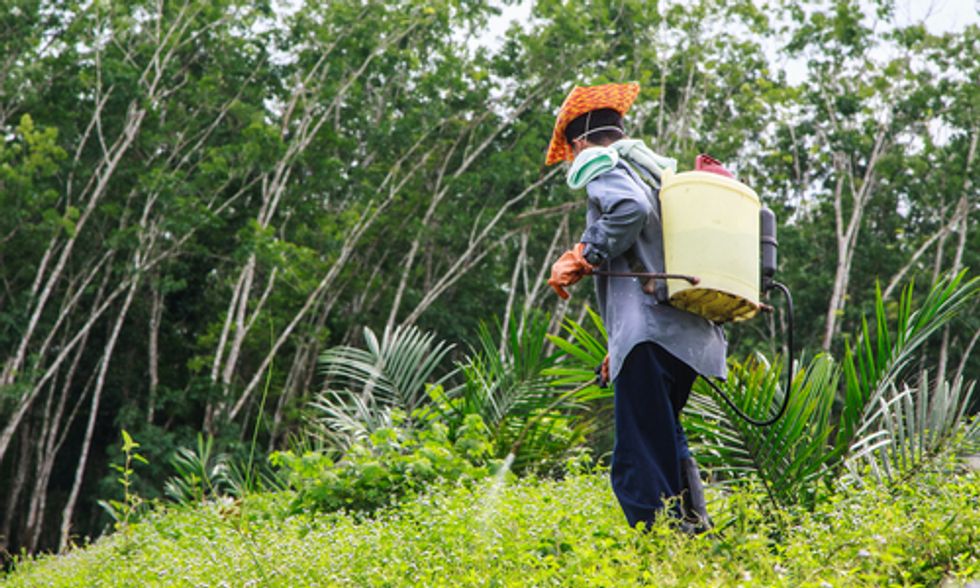 A new study published in the International Journal of Environmental Research and Public Health may have found a link between Monsanto's Roundup weed killer and a fatal chronic kidney disease of unknown origin (CKDu) epidemic, which has affected several poor farming regions across the globe, reports GreenMedInfo.

CKDu, a disease which is almost completely treatable in wealthier countries, has killed more people in El Salvador and Nicaragua than diabetes, AIDS and leukemia combined, over the last five years on record, according to the Center for Public Integrity.

The study, Glyphosate, Hard Water and Nephrotoxic Metals: Are They the Culprits Behind the Epidemic of Chronic Kidney Disease of Unknown Etiology in Sri Lanka? hypothesizes that while Roundup (also known as glyphosate) is toxic, it is not solely capable of destroying kidney tissue on the scale recently seen in rice paddy regions of Northern Sri Lanka, or in El Salvador where it is the second leading killer of men.

The researchers propose glyphosate becomes extremely toxic to the kidneys when it's combined with "hard" water or heavy metals like arsenic and cadmium, either naturally present in the soil or added externally through the spread of fertilizer.

The new hypothesis explains a number of observations linked to the disease, including why afflicted regions like Sri Lanka have seen a strong association between the consumption of hard water and the occurrence of the kidney disease, with 96 percent of CKDu patients having drunk hard or very hard water for at least five years.

The disease, which was first discovered among rice paddy farms in Northern Central Province of Sri Lanka in the mid-1990s, quickly spread to other farming areas. It now afflicts 15 percent or 400,000 working-age people in the northern part of the country with a death toll of about 20,000, according to the Chronic Kidney Disease of Unknown etiology (CKDu) study.

Given the fact that geographical and socioeconomical factors play a central role in determining risk, the study's authors believe environmental and occupational factors are the main causes, meaning CKDu is a result of chemically-induced damage. The authors point out that even the World Health Organization conducted studies to determine the origin of CKDu, and that the general consensus is the disease has numerous causes, including:

However, the authors state: "Whatever hypothesis that is propounded should be able to answer the questions as to why CKDu is confined to certain geographical areas of Sri Lanka and why there was no CKDu in Sri Lanka prior to the 1990s."