Students Unite Climate and Immigrant Rights in Justice for All Campaign 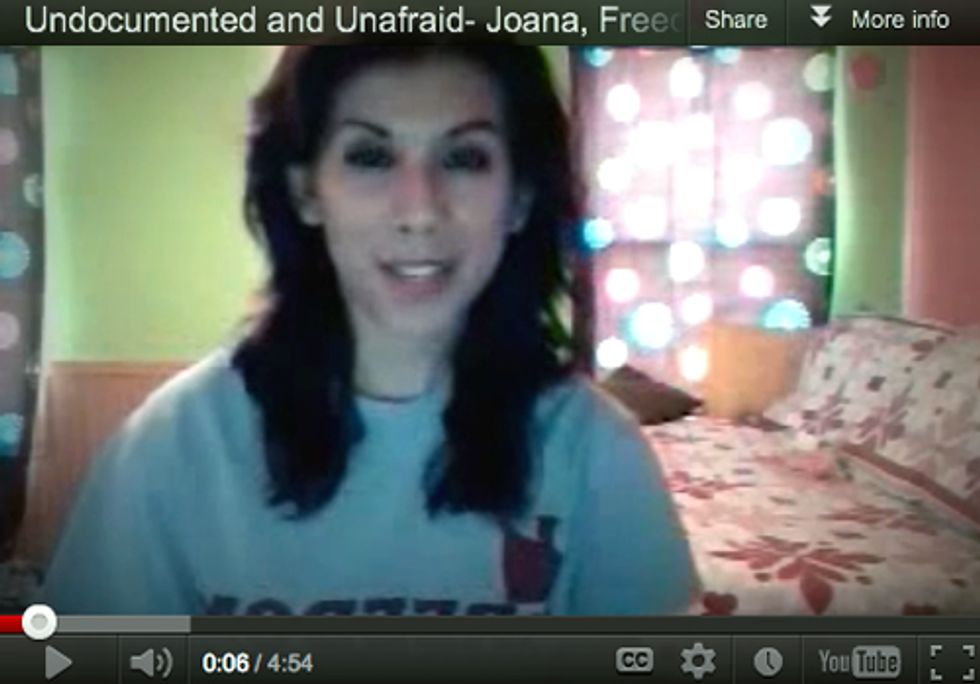 While Big Green organizations, Latino and immigrant rights groups meet in Washington, D.C. to plot out their post-election strategies on climate policy, clean energy and immigration reform, an extraordinary alliance of students in Georgia is already taking the lead among campuses nationwide in uniting their movements with a shared vision: And Justice for All.

With its draconian Arizona-copycat "papers, please" immigration law, including a special ban on college entrance for undocumented students, and its schools and communities dealing with the toxic fallout over coal-burning plants and coal ash, Georgia has become one of the most important battlegrounds for human rights in the nation.

And Georgia students, galvanized by the groundbreaking work of Dream Act supporters and the visionary role of Freedom University, are serving as an organizing model for a growing "climate and immigrant justice freedom movement" across the country.

"Climate and immigrant justice are inextricably tied as long as our oil-addicted economy is built on the backs of immigrants," Freedom University students Fredy Jose Mosso and Melissa Padilla-Vang and UGA Beyond Coal student Ian Karra said in a statement. "In Georgia colleges and universities, immigrant students are being denied their basic rights to education and all students are being ignored on other issues that are most important to them, like climate change. Together, our movements are stronger and must work in solidarity to make our issues top priorities to our disconnected and out of touch leaders."

Last month, clean energy activists joined Dream Act and immigrant rights advocates at a protest during a meeting of the UGA Board of Regents with a clear message: "All Students ON campus, dirty energy OFF campus."

As part of a nationwide effort by Dream Activists, Freedom University student Joana recently issued a video on her own experience as a denied student in Georgia:

On Wednesday, Nov. 14, I'll join the groundbreaking alliance of students at the University of Georgia for a special event, "And Justice for All: Beyond Coal and Beyond Borders." Spearheaded by Freedom University, a volunteer-driven organization that provides rigorous, college-level instruction to all academically qualified students regardless of their immigration status, and UGA Beyond Coal, the range of co-sponsors is noteworthy: Latin American and Caribbean Studies Institute, Economic Justice Coalition, Avid Books, Athens Immigrant Rights Coalition, Amnesty International, Flowers in Their Hair, SPEAK @ GSU, Women's Studies Graduate Student Org, History of Capitalism Reading Group, UGA Living Wage Coalition, sapph.fire and UndertheRainbow Athens.

The Georgia students, of course, draw from a legacy of breakthrough civil rights actions.

"This whole issue of trying to demonize the Latino population," Georgia Democratic Representative John Lewis, one of the leaders of the Civil Rights Movement, noted in an interview last year, had effectively made "immigration the new civil rights movement." Lewis argued that such a movement had to go beyond Georgia's and even Arizona's borders, and reach across the country. "Too many of our brothers and sisters are being racially profiled because of their background, last name, or the language they may speak," he said.

"The state of Georgia is copying the state of Arizona, and I think there will be other states to follow the same path. When you take on the immigrant population, you're taking on all of us. During the Freedom Rides, we were saying, in effect, you arrest one of us, you're going to arrest all of us. You beat fifteen or twenty of us, then you're going to have to beat more than four hundred of us. I see parallels between then and now. There must be a real movement to resist this attempt to say that people who come from another land are not one of us."

"To all the Dreamers who hiding in the shadows," Freedom University student Joanna said, "Come out and say, I am undocumented and I am unafraid, and I'm fighting for justice and education. It's time for our voices to be heard, because a higher education is a human right and we need to fight for it."