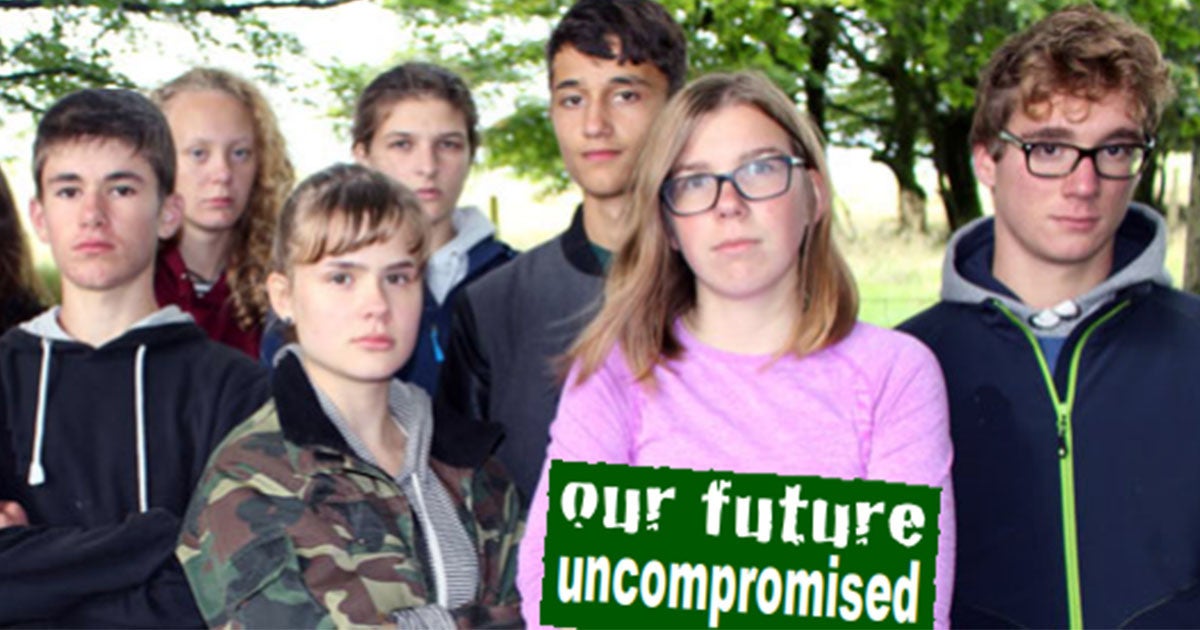 24,500 students representing every country in the EU have added their names to the list of young people fighting for a future for themselves and the earth.

The students, who organize under the banner of Our Future Uncompromised and attend the prestigious Schola Europaea network of international schools, are calling on the United Nations (UN) to “stop withholding” crucial scientific information that they say could help avert the duel catastrophes of resources depletion and climate change, the students announced Thursday in an email sent to EcoWatch.

“If this science isn’t known by the public, governments won’t act at the scale required and global collapse is certain,” student representative Carolina Teixeira wrote in the email.

The students’ demands come in the form of a letter to UN Secretary General Antonio Guterres and other key UN and EU leaders. The students want the UN to publicize four key facts that are currently deeply buried within UN data:

The students have asked the UN to “prominently publish” the facts in their letter, but the UN has so far refused their request.

“The UN has failed to reveal to the public the undisputed scientific realities that nothing meaningful has been, is, or is intended to be done to prevent unsustainable development including climate change from inevitably resulting in global social and economic collapse,” the students wrote in their email.

The facts laid out by the students in the email are stark. In 1992, the UN Climate Stabilization Objective promised to “stabilize greenhouse gas concentrations in the atmosphere at a level which would prevent dangerous anthropogenic interference with the climate system.” But in the past 26 years, the amount of greenhouse gases in the atmosphere has only increased, as a graph included by the students shows. 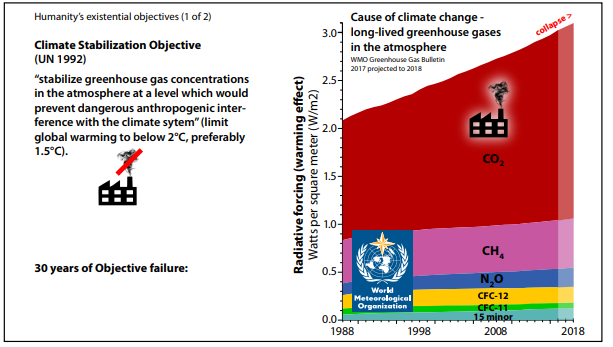 When it comes to resource extraction, the data highlighted by the students is equally grim. In 1987, the Sustainable Development Objective vowed to “meet the needs of the present without compromising the ability of future generations to meet their own needs.” But resource extraction has actually doubled in one generation, and in the past 30 years, the amount of fossil fuels dug up from the earth increased by 120 percent. 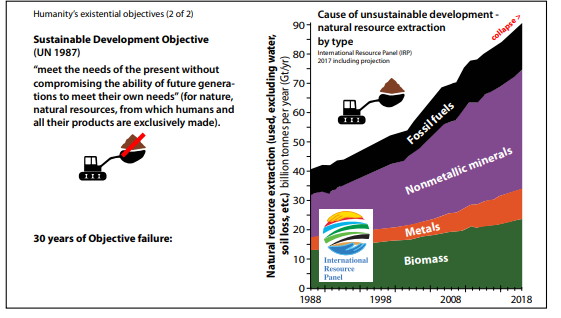 Blame for these failures is not equal, the students pointed out. Very highly developed nations like the U.S. and EU member states produce 70 times the greenhouse gas emissions of the least developed countries. Meanwhile, the 1.2 billion poorest people consume only one percent of the earth’s resources, while the wealthiest one billion people gobble up 72 percent.

The students say voluntary actions have not been enough to address this growing crisis and that political laws are necessary to prevent humans from stretching earth’s laws past the breaking point. Those laws would, among other things: