Hundreds of Thousands of Students Prepare for Global #ClimateStrike: Here Are 5 Ways You Can Help 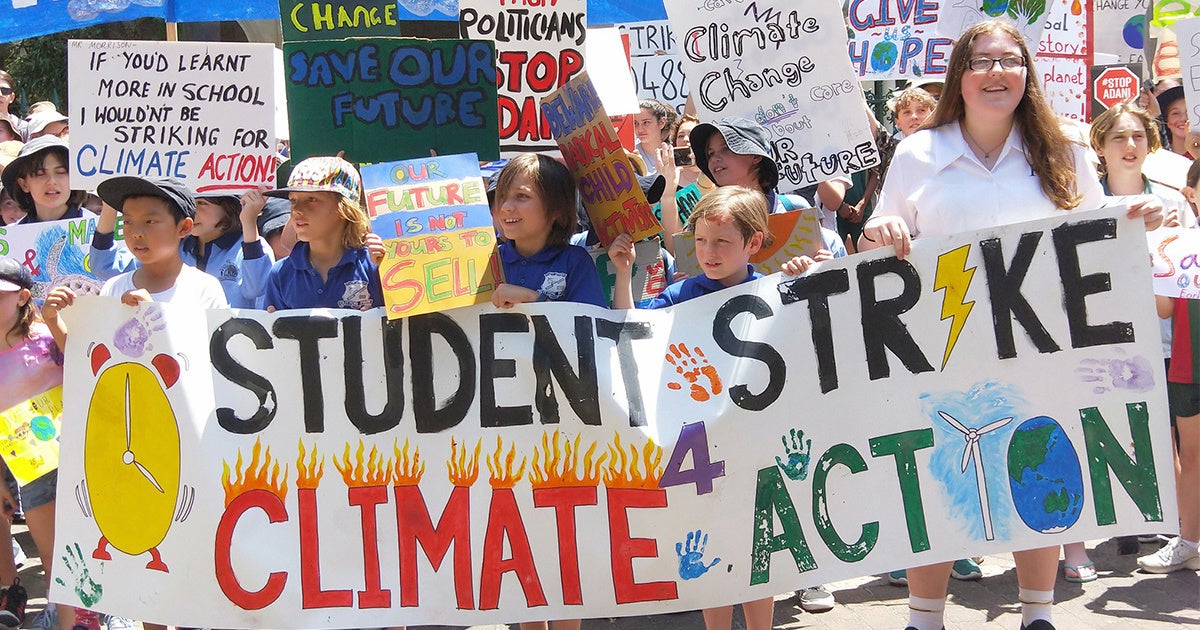 In 92 countries and counting, hundreds of thousands of students are planning to skip school on March 15 as part of the “School Strike 4 Climate” — a growing movement of young people demanding that policymakers worldwide take urgent and radical steps to battle the climate crisis.

For the past several months, students around the world have joined the #FridaysForFuture school strike launched last year by Swedish teenager Greta Thunberg, whose solitary protests outside her country’s parliament — inspired by the Parkland students advocating for stricter gun laws in the U.S. — generated headlines that helped spur the global youth climate movement.

“I think we are only seeing the beginning. I think that change is on the horizon and the people will stand up for their future,” Thunberg told The Guardian about the mass mobilization planned for March 15. “It’s going to be very, very big internationally, with hundreds of thousands of children going to strike from school to say that we aren’t going to accept this any more.”

Here’s how to get involved: 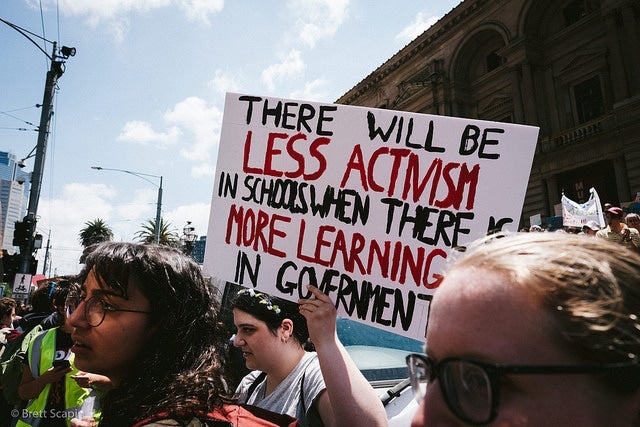 Students striking for climate action in Melbourne, Australia on Nov. 30, 2018.

Although the movement has elevated public demands for coordinated global efforts to cut planet-warming emissions generated from human activity, Thunberg added: “I am not more hopeful than when I started. The emissions are increasing and that is the only thing that matters. I think that needs to be our focus. We cannot talk about anything else.”

“We are striking because if the social order is disrupted by our refusal to attend school, then the system is forced to face the climate crisis and enact change,” the statement continues. “We are striking for the Green New Deal, for a fair and just transition to a 100 percent renewable economy, and for ending the creation of additional fossil fuel infrastructure.”

In addition to the Green New Deal, which Rep. Alexandria Ocasio-Cortez (D-N.Y.) and Ed Markey (D-Mass.) introduced to Congress as a resolution last month, the U.S. movement calls for declaring a national emergency, pointing to recent warnings from experts that “we have 11 years to avoid catastrophic climate change.”

“My little sister is in first grade and she’s going to graduate high school in 2030, so to think that I get to have a childhood and she won’t even be able to reach adulthood [before things get worse]” ⁦@israhirsi⁩ on addressing climate change ✊🏽 https://t.co/YFXlSLNN84

The students’ strike has been enthusiastically supported by major environmental organizations, including the Center for Biological Diversity, Extinction Rebellion, Greenpeace, March for Science, Sierra Club, the Sunrise Movement and 350.org.