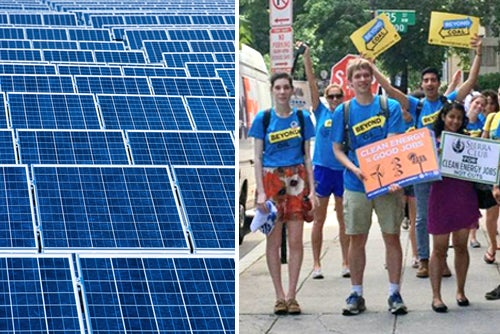 For the eighth year in a row, Sierra magazine has dedicated a big chunk of its September/October issue to higher education. So why is the “Cool Schools” issue such a big deal? I’ll give you a hint: It’s not because of the schools.

Over the last few years, I’ve spoken to many different audiences about how clean energy is going to change our world—I never get tired of talking about it. And people seem to appreciate hearing the good news that we’re already well on our way to a future without fossil fuels. But one particular audience always leaves me with a net surplus of energy—and that’s college students. I don’t know if it’s because young people have always been passionate about social issues or because our planet’s future is especially important to the people who’ll be spending the most time there, but young people seem to possess a singular fervor for making the world a better place. 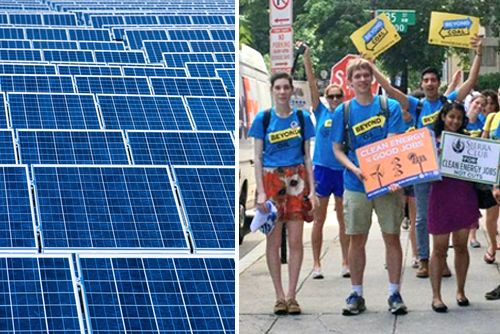 In addition to committing to renewable energy and divesting from dirty fuels, colleges and universities can use their influence to advocate for statewide policies that will bring more clean energy online.

So, although the “Cool Schools” sustainability rankings of universities around the country are interesting in and of themselves, their most important function is to foster accountability. Colleges and universities should be leading the charge on sustainability and the transition from fossil fuels to clean energy. When they don’t, students will be the first to speak up.

Here’s how the Sierra Club is going to help them do that. Today, the Sierra Student Coalition will launch a new Campuses for Clean Energy campaign. Its goal is to build on the growing student-led movement around the country calling on school administrations to demand enough clean energy from their utility providers to power campuses with 100 percent renewable energy. Universities are often some of the biggest energy users, which means they’re well positioned to put significant pressure on utility providers.

Universities can apply pressure in other ways, too, such as divesting from fossil-fuel companies. Sierra′s “Cool Schools” issue examines a partial but significant victory along those lines: Stanford University’s decision to divest from coal-mining stocks. The U.S. currently has more than 400 student-led campaigns to persuade institutional investors to divest from fossil-fuel stocks.

In addition to committing to renewable energy and divesting from dirty fuels, colleges and universities can use their influence to advocate for statewide policies that will bring more clean energy online. Given the current inertia in Washington, D.C., such campaigns will be crucial for years to come.

Regardless of how “cool” they may be, though, colleges and universities are still institutions, and institutions tend to accumulate quite a bit of inertia of their own. You can’t say the same, thank goodness, for their students. The issue may be called “Cool Schools,” but really it’s awesome students whom we’re counting on.

Which Is the Greenest College Campus in Your State?