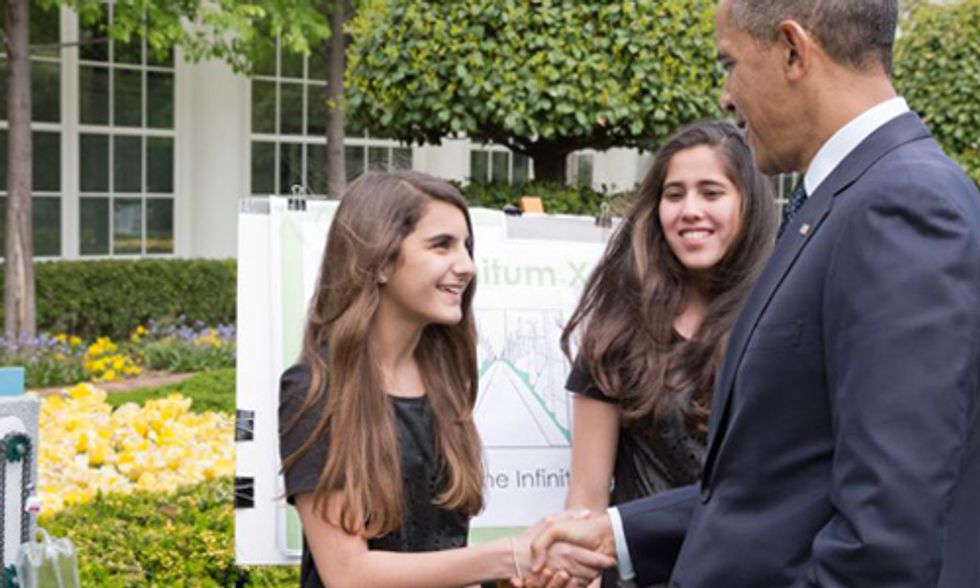 Science, technology, engineering and math (STEM) programs have been extolled in the U.S. in recent years because American students consistently rank lower in math and science than their counterparts in other developed countries. DiscoverE, a non-profit dedicated to promoting the field of engineering, has received national attention for its efforts to encourage U.S. students to pursue engineering.

One of the ways DiscoverE encourages students to pursue engineering is through its annual Future City Competition, in which middle school students from around the U.S. compete to design cities of the future. The winners of the national competition were announced yesterday.

There were 37 regional final competitions which took place in January. First-place winners from each regional competition advanced to the Future City Competition National Finals in Washington, D.C., which took place from Feb. 14-18. Finalists presented their ideas before a panel of judges that included some of the country's top tech leaders, NASA executives and representatives of the Army Corps of Engineers.

Every year, the non-profit encourages all students, even those who are not the math and science types, to participate. Forty thousand middle schoolers from 1,350 schools worked on their design projects from September until January. The annual challenge is one of the nation's leading engineering programs, and this year, the competition's theme is Feeding Future Cities.

"Experts predict that by the year 2030 nearly all of the world’s population growth will be concentrated in urban areas," said Future City. "At the same time, the Earth’s arable land may no longer be sufficient to produce enough food for the planet’s growing population." Given how unsustainable industrial-scale agriculture is, the Future City Competition challenged this year's students to find solutions to today's pressing agricultural problems.

This year's theme encouraged students "to explore today’s urban agriculture, from aeroponic systems for roof top farms to recycled gray water to the sustainability-driven farm-to-table movement, and develop a futuristic solution to growing crops within the confines of their city," DiscoverE said.

The students, who formed teams and received help from an educator and an engineer mentor, designed a virtual city using SimCity software. They researched existing urban farms and wrote an essay describing their solution to feeding their city. Students then built "a tabletop scale model of their city using recycled materials on a budget of $100 or less and wrote a brief narrative promoting their city," according to DiscoverE.

The top five winners received scholarship money for their school's STEM program and the first-place team received a trip to the U.S. Space Camp in Huntsville, Alabama. There were also winners in two dozen categories, including "Best Use of Renewable Energy," "Most Sustainable Buildings" and "Best Management of Water Resources."

This year, the host at the Future City finals was aerospace engineer and TV personality Deysi Melgar, a young woman who hails from Mexico. She was a contestant in a similar engineering competition when she was in high school and has gone on to be a leader in a field that remains dominated by men.