Students Applaud University of Cincinnati for Commitment to Move Beyond Coal 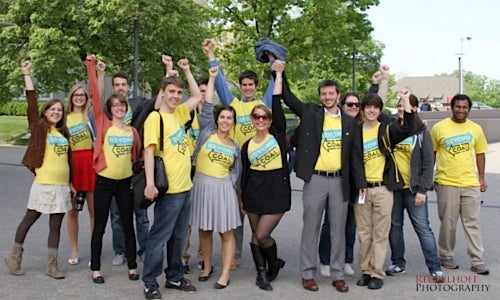 This week the University of Cincinnati (UC)—a leader in campus sustainability—announced that it plans to completely replace coal as a fuel for electricity within the year. The university currently uses 90 percent less coal to power its campus than it did in 2011. The administration’s motivation for the change came from a student movement, part of the Sierra Student Coalition (SSC), which called for safer, cleaner energy sources and leveraged energy savings opportunities provided by Ohio’s energy efficiency laws. 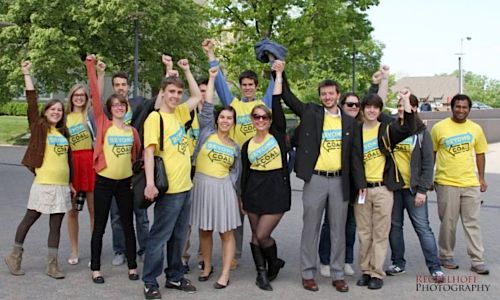 “We believe that universities have an obligation to provide clean energy and a safe climate future to their students,” said Morgan Billingsley, a student leader from the campaign. “The university’s recent announcement is a strong reminder of the change that students can create and is a shining example of the abundant opportunities for clean energy and energy savings that exist in Ohio.”

Starting in 2011, UC students joined the national SSC movement to protect public health and the climate by retiring the more than 60 on-campus coal plants. So far, more than one-third of all on-campus coal plants have set retirement dates. UC students organized large-scale events, including a flash mob that formed into a giant wind turbine in front of the office of former UC President Greg Williams, ultimately delivering more than 3,000 petitions and close to 60 handwritten letters calling for a move to cleaner sources of energy.

“Today we applaud President Santa Ono for responding to student interests in energy efficiency, and now we look forward to the type of leadership that finally begins to bring renewables like wind, solar, or geothermal into the mix,” said former student president Alan Hagerty, who fully supported the change during his term in 2011-2012. “These are measures that will help curb climate disruption, stabilize tuition costs and keep our community healthy.”

Ohio’s energy efficiency law provided an important catalyst behind the university’s ability to act on students’ concerns. Despite record-setting enrollment rates, total energy use in 2013 on campus was down from the previous year, continuing a three-year trend. Using incentive programs offered by Duke Energy Ohio, UC is able to avoid more than $4.5 million in electricity costs each year.

“The University of Cincinnati’s leadership shows the benefits of harnessing Ohio’s money-saving energy efficiency law,” said Dan Sawmiller, campaign representative for the Sierra Club’s Ohio Beyond Coal campaign. “UC is a great example of how successful this law has been in helping to save money while making Ohio a cleaner, safer place to live.”

This week, Washington University students enter the third week of their historic sit-in in protest of the university’s connection with Peabody Energy, a St. Louis-based coal giant. Check out the slideshow below for a glimpse into the ongoing protest: