In Nighttime Shots of Massive Wildfires, a Photographer Shows Us the Light 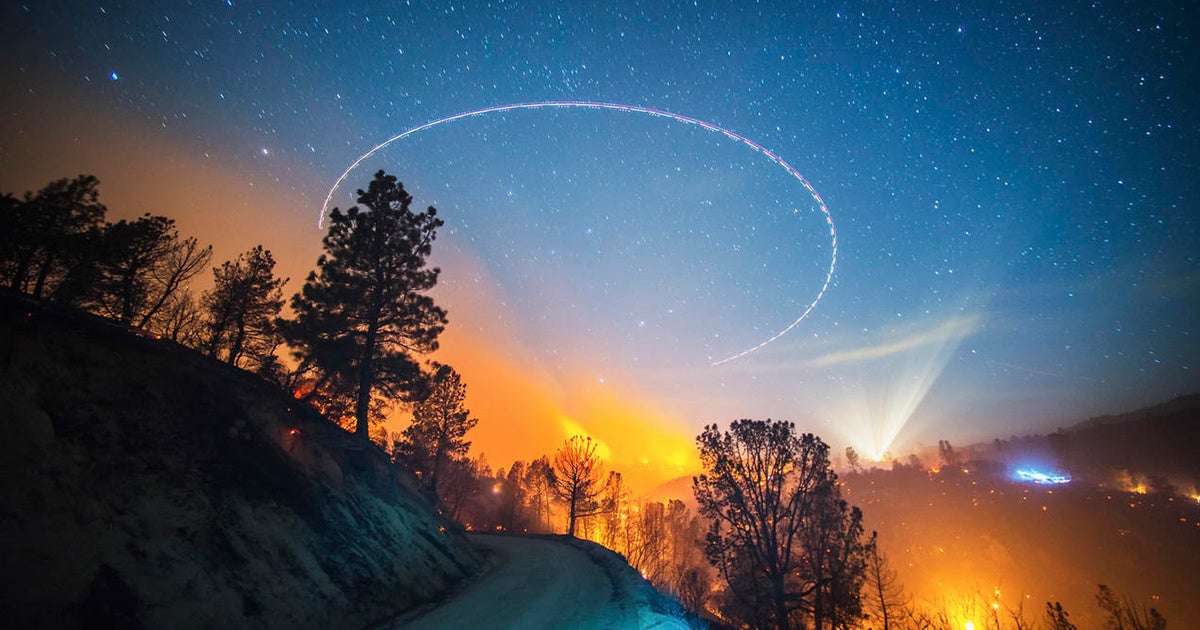 During the day, freelance photographer Stuart Palley covers news events for publications like the Los Angeles Times and shoots images for advertising and PR clients. By night, he pursues his passion: photographing the wildfires that have been ravaging, with increasing frequency, the forests, grasslands, towns and cities of his native California. Over the past five years, Palley has documented nearly 75 fires, from the Mexican border to the Shasta Trinity National Forest near Oregon.

Palley’s infernal images, which are collected in a new book, Terra Flamma: Wildfires at Night, tell the story of an epic confrontation between humanity and nature. His photographs, such as the one of a man running from a burning house in Thousand Oaks last fall, named as one of Time’s Top 10 Photos of 2018, depict the conflict’s resulting fallout in dramatic fashion. 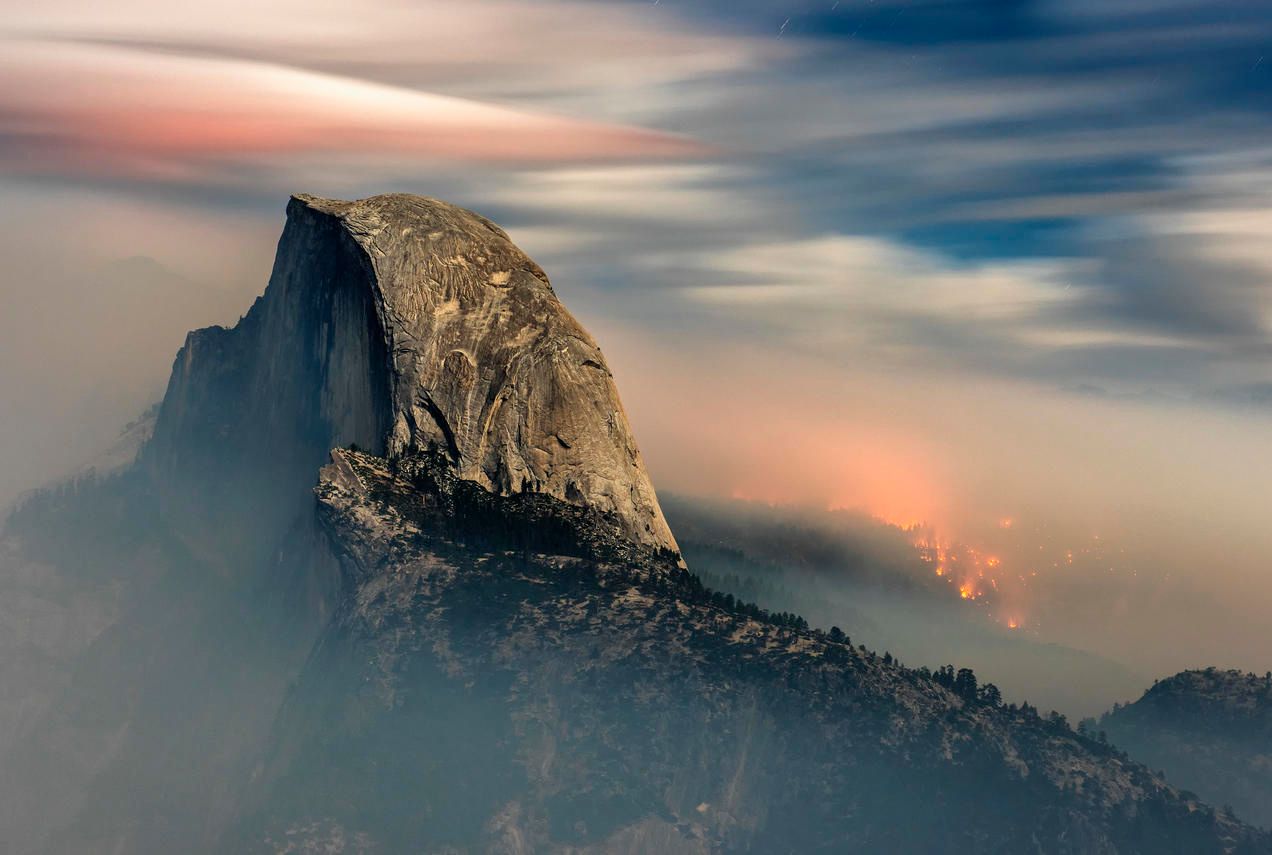 “On the one hand, you’ve got this incredible natural phenomenon that is awesome in the biblical sense, and on the other, it’s ruining people’s lives, it’s killing people, it’s burning their houses down,” said Palley. “It certainly affects me. I’m a human being first and a photographer after that.”

Largely devoid of actual people (and thankfully so), the images portray humanity in the fiery husks of houses and vehicles caught in the flames, in the trails of city lights on the distant horizon, and in the glaring electric searchlights of firefighters at their command posts. Palley shot his first wildfire during a summer internship at the Orange County Register in 2012 and has since become trained in wildland fire-safety procedures. He wears the same protective clothing as the firefighters and carries a radio to monitor their activity on the fire line. After a night of shooting, Palley said, his car and camera equipment smell of smoke and ash for days afterward.

Shot with a tripod and using long exposures, the night skies in his pictures beam with stars and aircraft. They trace gentle circles above the fiery fury below that sends sparks leaping into the air. 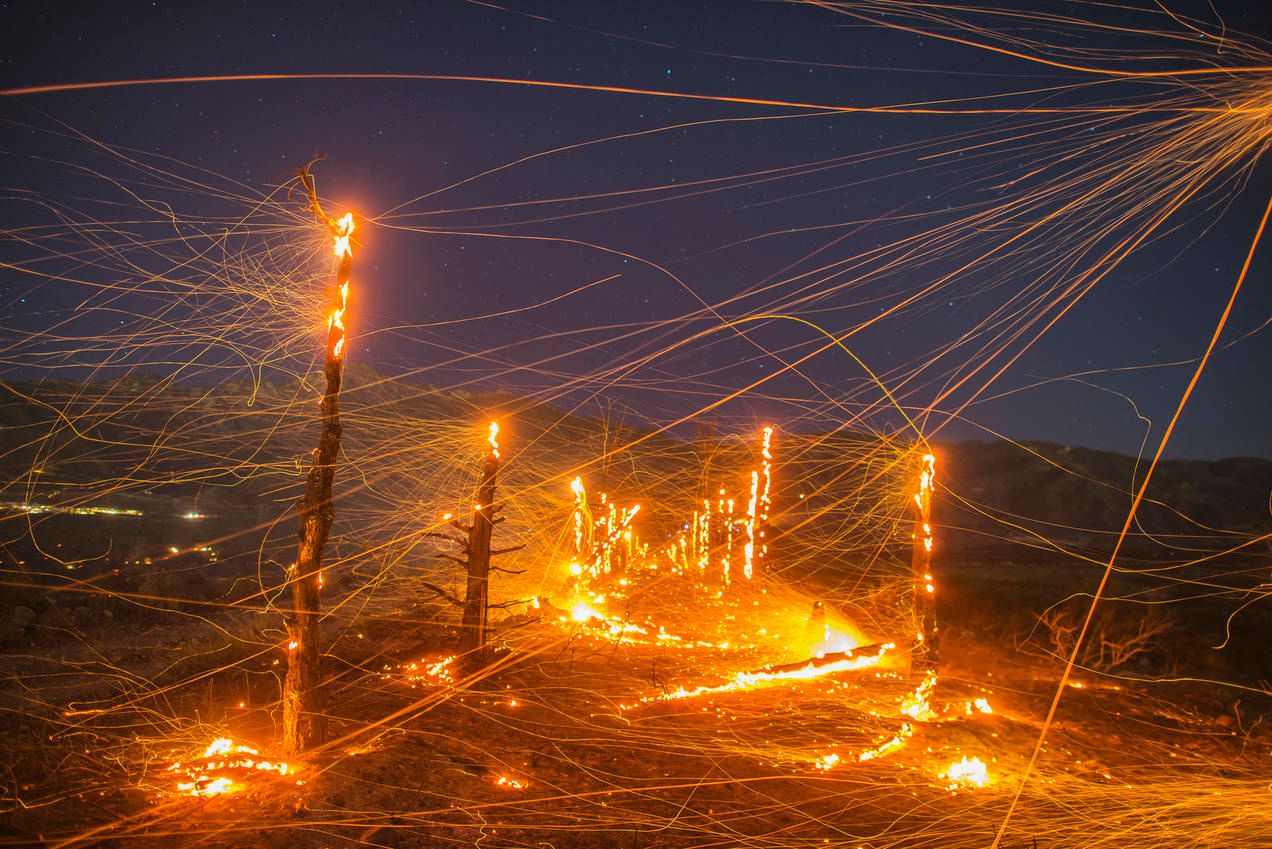 Such spectacular plays of light, smoke and color—a glow that cannot be found anywhere else—inspire him. “Fire is its own light source and has its own energy. It bathes everything in this warm light, which is very fleeting and temporary but creates incredible colors,” Palley said. “Essentially I’m using the fire to light and paint the scene.”

By simultaneously capturing the fires’ luminous and destructive power—the yin-and-yang appeal of pictures, as he puts it—Palley hopes Terra Flamma sparks conversation and encourages people to consider their own roles in a natural process that is increasingly being influenced by human action (and inaction). 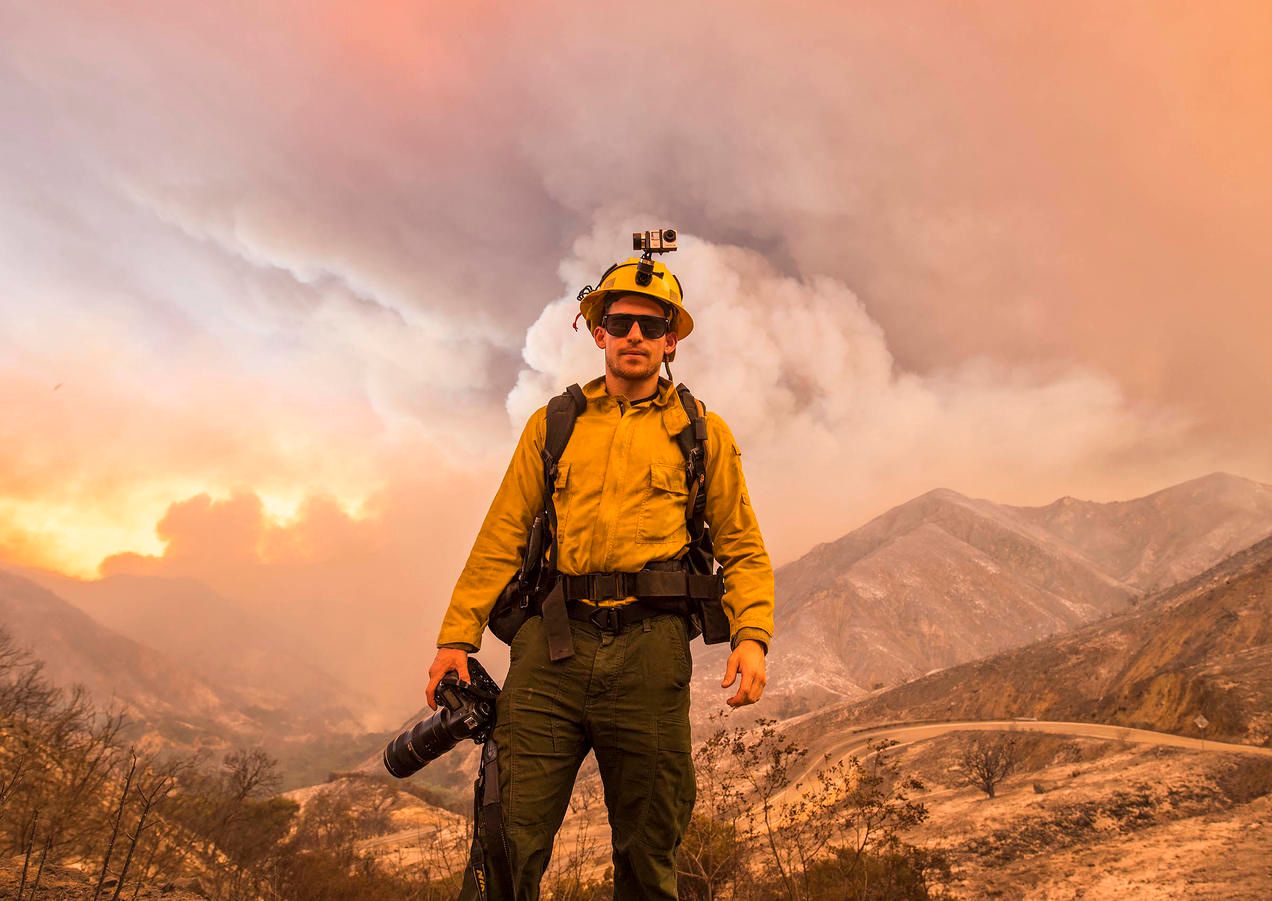 Stuart Palley stands at the scene of a wildfire.

Drought and wildfire are a natural part of the California ecosystem, but people are fanning the flames through the drier conditions caused by a warming climate and the steady expansion of urban development into lands that are vulnerable to seasonal fires. In 2017, “we had the most destructive wildfire in California history, and here we are barely a year later, and we’ve already had the new most destructive wildfire, which has eclipsed the previous one,” said Palley, referring to the Camp Fire that raged through the small town of Paradise and surrounding communities last November, killing 86 people and destroying nearly 14,000 houses. “In the immediate term, fires are going to continue to become more destructive. People will die,” said Palley, who donates a portion of proceeds from his fine art work to the Eric Marsh Foundation for Wildland Firefighters, which supports firefighters and their families with retreats and post-traumatic therapy workshops. But he is also hopeful. “The recent massive fires in California have put this issue in front of people all over the country and all over the world. People are starting to take climate change much more seriously.” Like his images, Palley’s outlook is both bright and dark: “Hope for the best, and plan for the worst.”