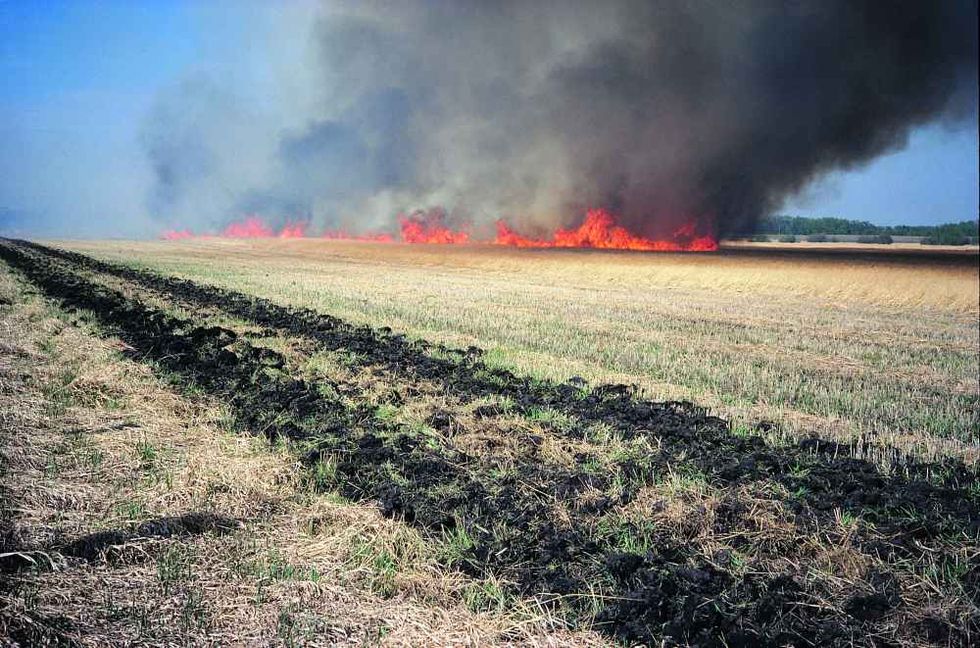 Up to 35,700 premature deaths can be prevented in the U.S. every year if the U.S. Environmental Protection Agency (EPA) strengthens the health standards for fine particulate matter—also known as soot—according to a new report, Sick of Soot: How the EPA Can Save Lives by Cleaning Up Fine Particle Pollution, prepared by the American Lung Association, Clean Air Task Force and Earthjustice.

Soot, technically known as PM2.5 (fine particulate matter with a diameter of 2.5 micrometers or less), is generated by coal-fired power plants, diesel and other vehicles, agricultural burning, wood stoves and industrial combustion. Though the pollution particles in soot are tiny—1/30th the width of a human hair—they can have a huge impact on human health. Research links them to premature death, heart attacks, stroke, worsened asthma and possibly cancer and developmental and reproductive harm.

Cleaning up the air to meet the standards outlined above could spare the nation every year from as many as:

The ten metropolitan areas that would benefit most are:

The economic benefits associated with reduced exposure to soot are estimated to reach as much as $281 billion annually.

Concern about the health impacts of soot pollution is the reason that Earthjustice—on behalf of the American Lung Association, Environmental Defense Fund and National Parks Conservation Association—petitioned the U.S. Court of Appeals Nov. 16 for the D.C. Circuit to set a deadline for the EPA to issue stronger soot standards. In early 2009, the same court found that the EPA's current soot standards did not adequately protect public health and ordered the agency to update them. In the nearly three years since that decision, however, the EPA has yet to propose any new standards. A coalition of 10 states filed a companion petition with the court Nov. 16 as well.

The estimates in Sick of Soot come from Health Benefits of Alternative PM2.5 Standards—a report prepared by Donald McCubbin, Ph.D., a recognized expert on the health benefits associated with reducing air pollution who developed the Environmental Benefits Mapping and Analysis Program (BenMAP) for the EPA. The analysis in this detailed report was developed using the BenMAP model, the same program that the EPA uses in its own analyses of air pollution standards.

The Clean Air Act directs the EPA to review the national standards every five years by taking into account the latest scientific research to ensure public health is adequately protected. The EPA has failed to meet that deadline and the Lung Association, National Parks Conservation Association and Earthjustice have begun legal steps to require the EPA to complete the review.

"The EPA has the legal responsibility to follow science and the law and protect all Americans from harm caused by soot pollution," said Janice Nolen, assistant vice president, National Policy and Advocacy for the American Lung Association. "Soot is the deadliest of the widespread air pollutants and poses a huge risk to people who suffer from lung and heart disease. Kids, seniors, asthmatics and other vulnerable populations deserve the strong standards recommended by Sick of Soot."

"The findings detailed in Sick of Soot go beyond EPA's own analysis of this issue," said John Graham, Ph.D., a scientist at Clean Air Task Force. "We used more current air quality data and looked at the issue nationally, rather than just in the 15 urban areas that EPA typically examines. Because air quality has improved recently, the standards we are recommending should be easier for the nation to meet than might be predicted by the EPA's modeling. It's a win-win situation, and we hope the agency will strongly consider these findings as it makes its decision."

"Given the large number of lives at stake, it's clear that the EPA needs to act now," said Earthjustice attorney, David Baron. "Unfortunately, the agency has refused to respond to a 2009 federal court finding that its current standards fall far short of what scientists and doctors say is necessary to protect the public's health. It also just missed a five-year deadline for reviewing those deficient soot standards. The EPA needs to start moving in a different direction, and Sick of Soot points the way."

Earthjustice is a nonprofit public interest law firm dedicated to protecting the magnificent places, natural resources, and wildlife of this earth, and to defending the right of all people to a healthy environment. Learn more at earthjustice.org.