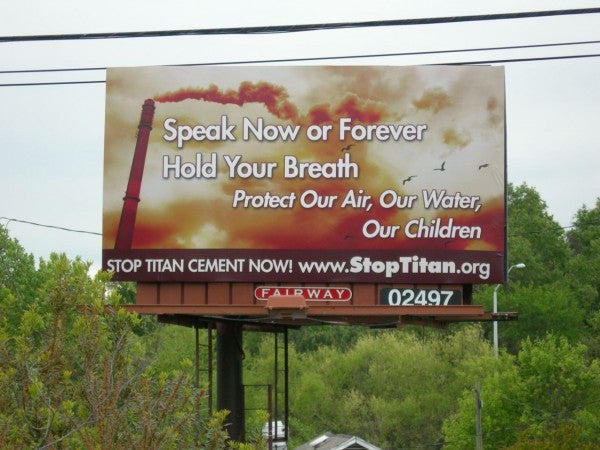 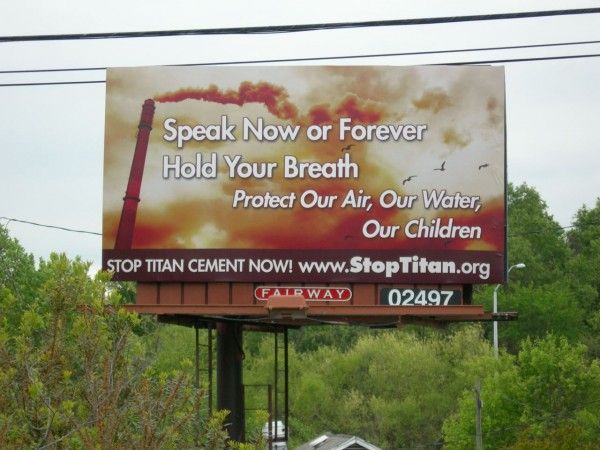 “Titan’s proposed plant would be a major source of pollution that would affect air and water quality in southeastern North Carolina for decades to come,” said Geoff Gisler, attorney for the Southern Environmental Law Center. “This draft permit fails to meet state and federal law and would allow the company to emit unnecessary and harmful levels of pollution.”

Emissions from the plant must be further reduced if the N.C. Department of Environment and Natural Resources is to meet its legal obligation to require pollution reductions to the maximum extent possible. The draft permit fails to require Titan to implement proven pollution controls that have been applied to existing cement kilns domestically and abroad. If installed, those controls could significantly reduce Titan’s pollution levels.

Proposed on the Northeast Cape Fear River in Castle Hayne, the cement kiln would be the fourth-largest cement plant in the country and a significant source of toxic emissions, such as mercury and hydrochloric acid, as well as sulfur dioxide and other pollutants that contribute to ozone pollution. The mine for the limestone to make the cement would destroy about 1,000 acres of wetlands.

“Now is the time for the Division of Air Quality to start putting our citizens’ health first and to protect the community from Titan’s pollution,” said Mike Giles, a coastal advocate for the N.C. Coastal Federation. “Human health and the protection of our state’s natural resources should come first.”

“The Northeast Cape Fear River is a significant part of the watershed that defines this region,” said Kemp Burdette, Cape Fear Riverkeeper, Cape Fear River Watch. “The Division of Air Quality should step back and reconsider this draft permit, which would cause long-term harm to the river and the communities that depend on it.”

According to the Centers for Disease Control and Prevention, 8 percent of American women of childbearing age have mercury in their bodies at levels high enough to put their babies at risk of birth defects, loss of IQ, learning disabilities and developmental problems. Toxic mercury accumulates in people and wildlife that breathe contaminated air and eat contaminated fish.

Sulfur dioxide, nitrous oxides and ozone are known to aggravate asthma and other respiratory conditions and can be particularly harmful to sensitive populations, including children and the elderly.

The Southern Environmental Law Center is a regional nonprofit using the power of the law to protect the health and environment of the Southeast (Virginia, Tennessee, North and South Carolina, Georgia, and Alabama). Founded in 1986, SELC’s team of more than 40 legal and policy experts represent more than 100 partner groups on issues of climate change and energy, air and water quality, forests, the coast and wetlands, transportation, and land use.