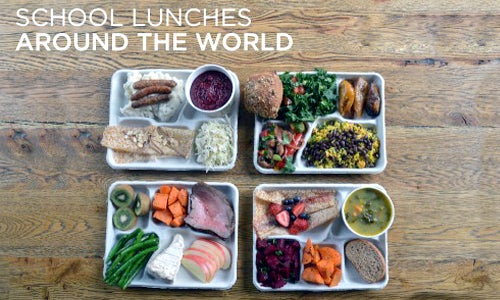 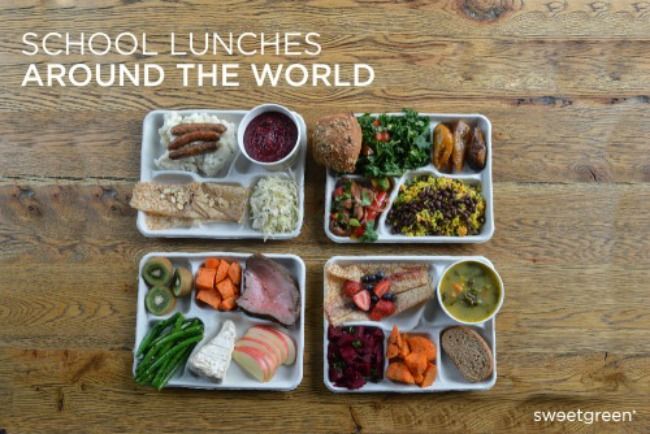 A series of images created by a New York-based healthy café chain captured images of typical school lunches in the U.S. and eight other countries.

The result: a visual snapshot of what many domestic school lunches contain, showing that ingredients lack fresh fruit and vegetables and whole grains compared to school lunches in other countries. 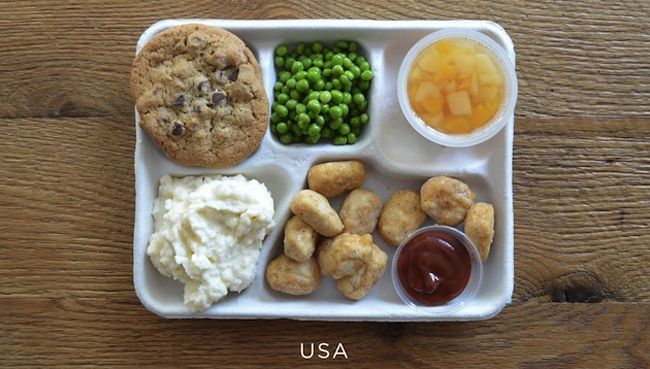 A typical school lunch in the U.S. 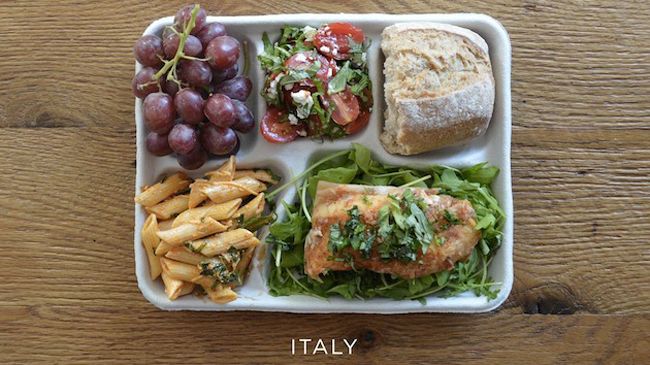 A typical school lunch in Italy. 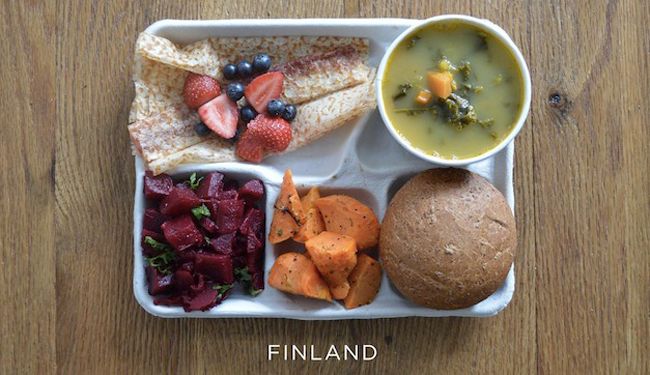 A typical school lunch in Finland. 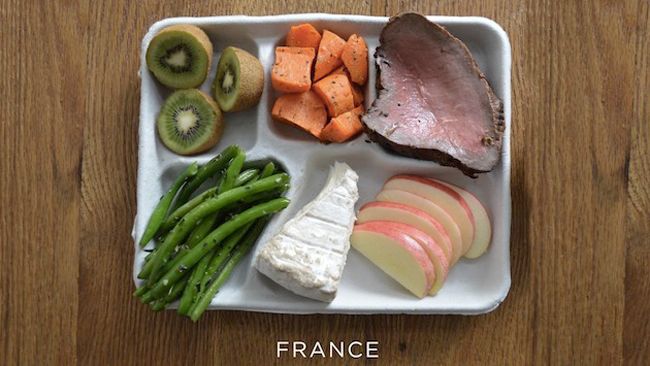 A typical school lunch in France.

Sweetgreen—which uses local, organic ingredients emphasizing fresh produce and whole grains—simulated what each country’s typical school lunch would look like in identical cardboard-style lunch trays, and described the ingredients in each one.

Which lunch would you prefer your kids eating at school?

Obviously not all schools in the U.S. serve unhealthy meals. Just last week it was announced that James Cameron is behind the launch of America’s first vegan school and Chef Tony Geraci has been working to make school lunches healthier in the Baltimore public school, as well as many other national programs.