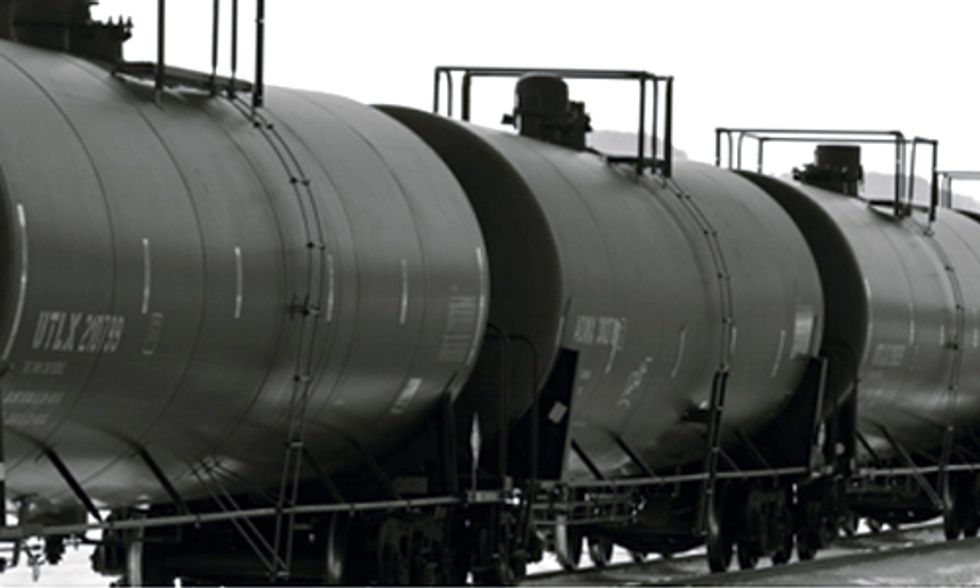 As officials probe the two latest explosive oil train derailments in Ontario and West Virginia, the Center for Biological Diversity released a report yesterday offering striking new details on the broad range of unchecked risks to people and the environment posed by the largely unregulated escalation in U.S. rail transport of oil.

The report, Runaway Risks: Oil Trains and the Government’s Failure to Protect People, Wildlife and the Environment, reveals that:

“As we’ve seen in West Virginia and Ontario, these oil trains pose a massive danger to people, wildlife and our environment, whether it’s trains passing through heavily populated areas or some of our most pristine landscapes,” said Jared Margolis, author of the report and an attorney for the Center for Biological Diversity who focuses on the impacts of energy development on endangered species. “The federal government has failed to provide adequate protection from these bomb trains. We clearly need a moratorium on crude-by-rail until the safety of our communities and the environment can be ensured.”

The unprecedented increase in U.S. oil train traffic from fewer than 10,000 rail cars per year in 2008 to more than 400,000 in 2014 has spurred virtually no corresponding increase in safety preparedness plans, not only putting towns and cities across America in routine danger, but leaving some of the nation’s most imperiled wildlife and natural areas at increased risk from a catastrophic spill. Even as the overall number of train accidents in the country has declined in recent years, the number of dangerous oil train derailments has increased—in part because the longer, heavier trains, often carrying more than 1 million gallons of oil, are more difficult to control and stop, according to rail safety accounts included in today’s report.

"People, wildlife, rivers and lakes will pay a huge cost for the government’s failure to act,” Margolis said. “Regulators know it’s only a matter of time before the next explosive oil train accident. They need to act now to protect Americans and our environment.”

Among the recommendations in yesterday’s report:

Some are using the West Virginia accident to argue that shipping oil through pipelines like Keystone XL would be a safer option, but the reality is that pipelines too are far from safe. Indeed, since 1986 there have been nearly 8,000 accidents involving pipelines (nearly 300 per year on average), resulting in more than 500 deaths, more than 2,300 injuries, and nearly $7 billion in damage.

“The reality is that there’s no way to safely transport the highly volatile crude from the Bakken oil field in North Dakota or the heavy crudes from the Alberta tar sands,” said Margolis. “Instead these extreme fossil fuels should be left in the ground for our safety and to avoid the impending climate catastrophe.”