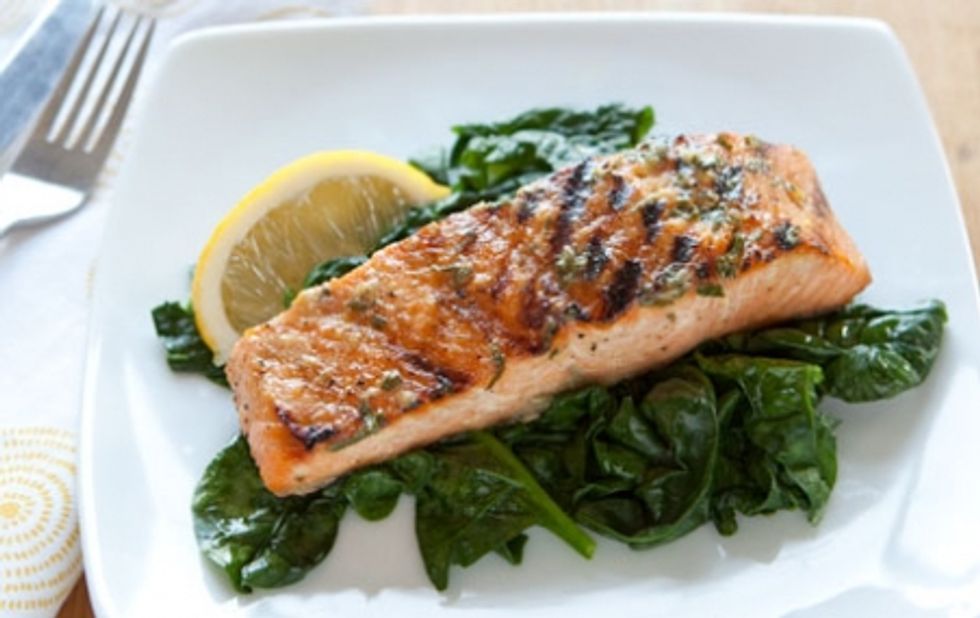 Strict standards have meant few seafood suppliers for Whole Foods, but plenty of praise from champions of sustainability.

Whole Foods puts suppliers through a lengthy evaluation process before doing business with them. The lucky few receive a stringent, third-party audit each year.

The intense attention is warranted, as the production of farmed fish continues to outpace beef production. Pollution, habitat damage and disease are among the issues organizations like the Monterey Bay Aquarium have identified with aquaculture or fish farming.

Whole Foods' response to these issues earned it the No. 1 spot on Greenpeace's ranking of sustainable seafood retailers earlier this year. Seafood quality standards coordinator Carrie Brownstein told GreenBiz.com that the company began working on the standards in the '90s with the aid of collaborations that continue to shape practices at 362 stores in the U.S., Canada and United Kingdom.

"In the beginning, it was really focused on wild caught species and our collaboration with the Marine Stewardship Council," she said. "We also stopped selling a number of species that were especially vulnerable, like Bluefin Tuna and shark."

Brownstein said Whole Foods personnel visit fish farms and consult with various environmental groups and governmental and collegiate scientists to make sure their standards are as sustainable as possible. In 2006, the company created standards for farmed salmon, followed by shrimp and other finfish the following year.

"We continue to work on aquaculture because our process is continuous and always evolving, so as we learn more about what’s happening in the industry, we continually improve and update our standards," she said.

Brownstein didn't provide any figures to display a change in behavior among Whole Foods suppliers, but said the company forbid the use fishing nets treated with copper-based antifoulants.

"These kinds of things are toxic to the marine environment and we didn’t want that to be getting into the water and affect other aspects of the ecosystem or other animals," she said. "So, we gave the producers time to allow for all of our suppliers to stop using that.

"What that did was, that reduces the overall amount of copper that’s entering into the water."

In its "Carting Away the Oceans 7" report, Greenpeace listed Whole Foods as one of five retailers that made a full commitment to not selling genetically modified seafood. The organization applauded Whole Foods' rise from fourth place in sustainability two years ago to first place in 2013.

"You also continue to adhere to the most rigorous sustainable seafood policy in the industry."