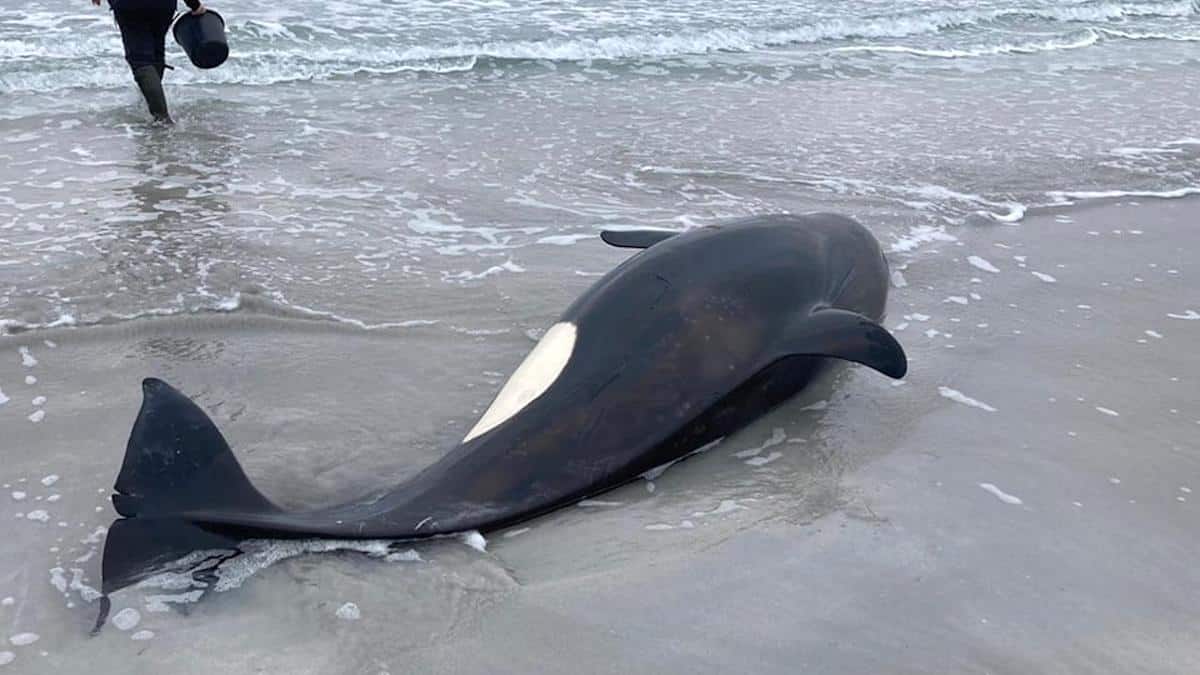 A rare orca stranding on Scotland’s Orkney Islands had a happy ending when volunteers and local residents teamed up to send the animal back out to sea.

“Strandings of Orca do occur but are incredibly rare and it is thought that this is the first successful refloat of an Orca by BDMLR in the UK,” the group wrote on their Facebook page.

The orca, an 11 foot animal believed to be a male, was first seen on a beach at the Bay of Newark on the Orkney Island of Sanday, BBC News reported.

Local residents Colin and Heather Headworth first thought it was a dolphin when they saw it in the surf near their home Monday morning, according to BDMLR. They alerted BDMLR Area Coordinator Emma Neave-Webb, who called a local team to the scene.

However, when they arrived, medics realized that the stranded animal was in fact an orca. The animal was lying on its side parallel to the sea, making it hard for it to swim to freedom.

“The first thought really is a little bit of panic on how on earth are we going to deal with it, and then all the training kicks in,” Neave-Webb told ITV News.

The BDMLR team recruited local residents to help them turn the whale so that it was upright and its blowhole was out of the water, making it easier for it to breathe. They then turned it to face the sea as the tide came in and placed it on a dolphin stretcher.

“After about an hour and with help from local residents to stabilise the animal, it suddenly took matters into its own fins and made a move to swim off,” BDMLR wrote. “Unable to hold the animal any longer, the stretcher was lowered and the orca swam forward straight out towards the open sea. It rolled a couple of times and then submerged and continued straight out away from the beach without looking back.”

Neave-Webb told ITV News that the orca’s escape was cause for celebration.

Medics think the orca will survive, since it had fed recently and was in good condition. However, they are monitoring the shore to make sure it does not get stranded again. They believe it is a young male of about three to four years old.

Neave-Webb told ITV News that the orca had likely been feeding in shallow water when the tide went out, leaving it stranded on shore.

Orcas are common in the Orkney Islands, according to BDMLR. However, area experts think the stranded orca may not belong to any local pods.

The Orkney Marine Mammal Research Initiative is talking with colleagues in Norway to try to identify the animal, according to BBC News.