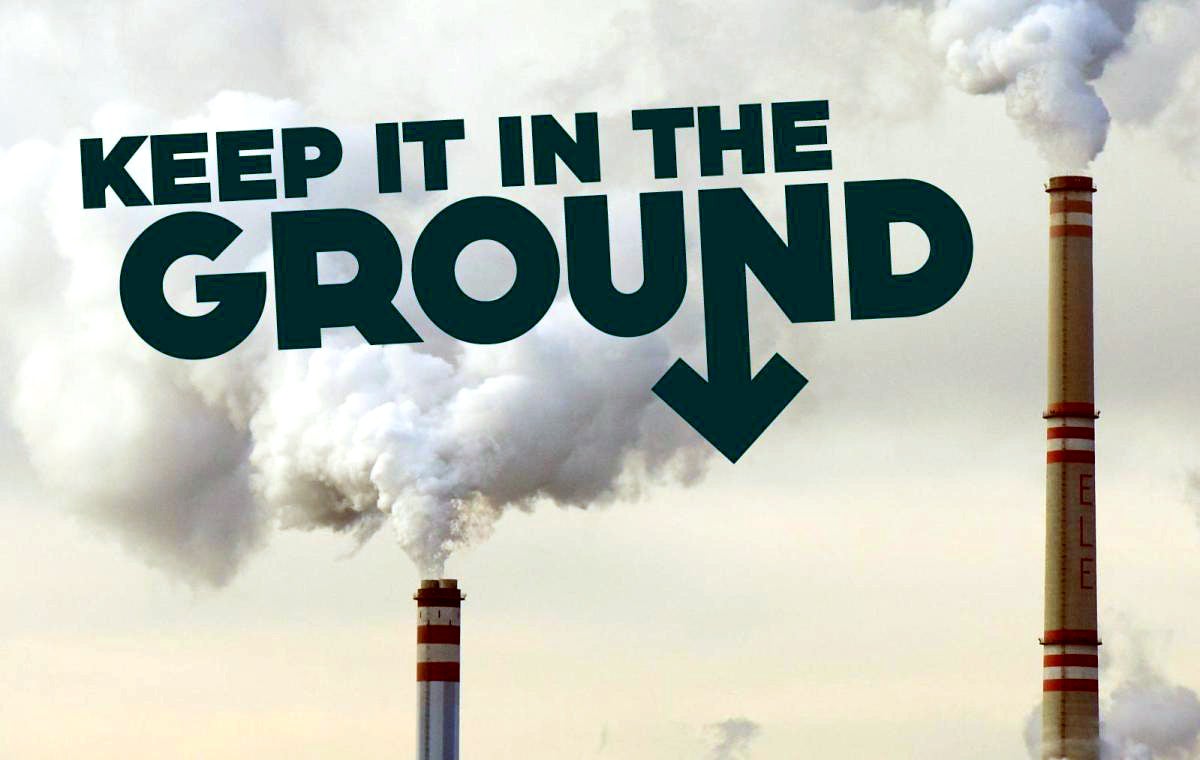 For years, environmentalists have warned that due to climate change, there will be billions of barrels of oil that we will never be able to burn. These reserves will become what has increasingly been called “stranded assets.”

To give you one example: In a new report, Friends of the Earth argued that “The coal, oil and gas in reserves already in production and development globally is more than we can afford to burn. There is no room for any new coal, oil or gas exploration and production.

“Fossil fuel corporations continue to focus on new fossil fuel exploration and development,” Friends of the Earth added. “This is increasing the amount of “assets” the world economy cannot afford to use—assets which will become ‘stranded.'”

To make matters worse for the industry, it has become increasingly clear over the last few months that the coming electric vehicle revolution will also have a huge impact on oil demand. As Reuters pointed out last week, “Investors may be entering the age of ‘stranded assets,’ and it very likely could be driven as much by technological change as by climate change.”

The writing has been on the wall for oil investors for a while as they bet on an industry beset by low prices, increasing competition from renewables and the threat of global action on climate change.

The Wall Street Journal on Sunday ran the headline, “From $2 Billion to Zero: A Private-Equity Fund Goes Bust in the Oil Patch.” The Journal reported how “A $2 billion private-equity fund that borrowed heavily to buy oil and gas wells before energy prices plunged is now worth essentially nothing, an unusual debacle that is wiping out investments by major pensions, endowments and charitable foundations.”

The Houston-based private equity fund, EnerVest, posted this massive loss in one of its energy funds, meaning that the fund has essentially “gone bust” and is worth “essentially nothing.” John Walker, EnerVest’s co-founder and chief executive, said in a statement to the Journal, “We are not proud of the result.”

That surely is an understatement.

Pavel Molchanov, an energy analyst at Raymond James in Houston, argued that the “lesson for everyone is that excessive leverage in a commodity downcycle can be lethal.”

And so what happens when more oil companies go bust as the whole fossil fuel industry goes from a downcycle into a potential “death spiral,” as some have warned it will do?

The whole industry—from producers to power stations—could be in trouble. Again, to give you one example: Early Tuesday, Mark Campanale from Carbon Tracker tweeted: “Up to 240 gas and 150 coal fired power stations in Europe could be ‘stranded assets’ says European Env Agency by 2030.”

Amid the inevitable bankruptcies, who will pay for the clean up of the oil patch, from the tar sands of Canada to the vast fracking fields of North Dakota to the offshore wells in the Gulf, let alone the vast industry infrastructure outside of North America?

There is already a need to clean up old oil and gas areas, before we even consider the new shale gas and tar sands areas. For example, the InsideEnergy website reported Monday on the “Toxic Legacy” in North Dakota “which looks to clean up old oilfield waste.” The website noted that clean up of these old brine pits “could cost hundreds of millions of dollars, with the bulk of that bill potentially falling to the state.”

The same theme was touched upon by Tim Gray, executive director of Environmental Defence in Canada in a recent article, “Who cleans up the mess when oil and mining companies go bankrupt?”

Gray’s article noted how the Alberta Energy Regulator was appealing a judge’s ruling that had given creditors priority access to a bankrupt oil company’s assets over its financial obligations to clean up abandoned wells.

There is no doubt Canada has a huge problem: in Alberta, toxic tailing ponds now cover an area larger than the cities of Toronto and Vancouver combined. It is estimated that it will cost a whopping $44.5-billion to clean up existing ponds, with more waste being added every day.

Who will pay for this toxic legacy if companies suddenly leave or go bankrupt, especially as many predict Alberta will be one of the first oil and gas regions to become stranded? It is likely that it will be Canadian taxpayers.

Gray argued that “clearly change is needed” and that Canada’s bankruptcy laws could be amended “so that the cleanup of environmental damage takes priority over creditors.”

Otherwise, as he pointed out, we all pay to clean up the mess.